The emotional instability is present in a high percentage of the population. Obviously, we are not robots, and we all feel emotionally unstable at some point in our lives.

However, the problem is when this instability persists over an extended period, establishing itself in the person’s daily life, and becoming an impediment to his well-being.

“I worry a lot about what others think of me. For any absurd reason I feel ridiculed by others. I consider myself an expert in hiding what I really feel. I do not talk to other people about my problems or the things that worry me because I do not want them to

After graduating from college, I found a job within two months. I could not believe the luck I had! However, the first day of

work I had a panic attack.

The atmosphere in the office was very stressful; People spoke badly of each other constantly. I felt very insecure; Hated and avoided at all costs having to walk through the office; I was horrified at the idea that the companions would look at me and comment among themselves. Tasks as simple as making photocopies, giving some documents or asking for help from a colleague made me a whole world.

The idea of ​​going back to work the next few days terrified me. I felt guilty for not being able to stand and frustrated with myself. “

Do you feel identified?

Maybe you feel identified with some of the feelings and feelings that this girl tells about their own experiences.

We can say that everyone, somehow, we feel worried about what other people think of us. It is something human, since as relational human beings we want to please others and it is something, therefore, that we must recognize without complex or shame.

The problem begins when one tries to repeatedly and constantly hide certain feelings out of fear of what others may think and Fear of accepting oneself.

In my experience as a psychologist, I realize and astonish me, the general emotional problem that marks our society. As an emotional problem I refer to the great difficulty that exists in expressing emotions, identifying them, accepting them and managing them.

Above all, what surprises me most is the general inability to accept certain emotions by believing that they are ‘forbidden’. 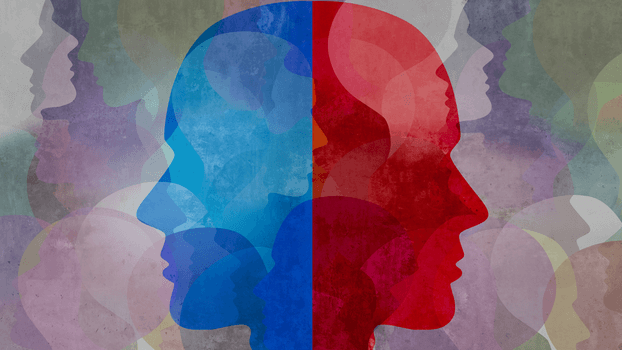 Of course this general emotional deficit is for something and not because it is. Surely religion has something to do with this; As well as the established social norms of the type ‘one must be strong’, ‘weep is weak’, ‘It is wrong to feel anger or hatred’.

All these beliefs mark the inner world of the person.

1-Do not judge yourself

Make An Exercise. Concentrate on abstracting yourself from the society in which you live.

For a moment stop thinking about what is appropriate or not, what others can think of you, open your mind and go beyond the socially established, go to the most primitive, the purest feeling.

So try to be more attentive to what you feel. To identify the feeling put the name that corresponds: fear, anger, guilt, joy, etc. Is a way to go from being unconscious to conscious? Once the emotion is identified, accept that feeling as it is because it is yours and you are human.

Connect with your feelings , ask yourself questions like “What do I feel? Why do I feel this way? Until you get to the nuclear feeling. Do not judge yourself. Do not be afraid if you have feelings that you do not quite understand. Do not try to understand them either. Pure feelings escape all reason.

2-Validate your emotions they are yours and they are valid!

Like the previous example, Eli must accept that he does not love his mother. Nothing happens, it’s what you feel, you can not go against what you feel. If he feels it  is for something and nobody can deny his feelings, because they are his.

Not to validate the feeling of not loving his mother caused him a great feeling of guilt that can become very oppressive.

Try to validate any unpleasant feelings you have; Thinks that there are no prohibited feelings, that is an invention of the human being.

Freedom is within everyone. As Voltaire says: “Man is free at the moment he wants to be free.”

3-Accept your emotions however negative they may be

Accepting your emotions will set you free from all guilt. If you realize that you feel hatred towards your father, validate your feeling and begin a process of acceptance of this feeling.

At first, the anger and hatred that you will feel will be greater but, little by little, these feelings will be modulating, lowering of intensity and you will then be able to rationalize them and lead them.

Eli finally manages to accept the rage he feels towards his mother for how he treated her as a child. Accepting this feeling leads her to feel emotionally closer to her mother and can thus overcome her grief. Freeing himself from all guilt.

Once you have accepted the emotions you feel, you have the ability to decide what you do with those emotions.

If you had tried to make decisions with the emotional intensity that you had, surely the decisions had been of the type: “I will not speak to you again in my life”, “You will find out who I am”, “It is a bad person and Does not deserve anything “and things like that.

Instead, once you allow time for the emotions to calm down, you can relatives and accept things:

“My father has behaved badly with me on many occasions and he has done me a lot of damage, with which I have feelings of rejection towards him. However, there are things about him that I like, so I decide to pursue my relationship with him even now in a different way. “

It is certainly the key to everything; The key to success and the key to happiness . When you listen to your inner self, feel your emotions and accept them as they are, you can know yourself.

It is not possible to know yourself if you have barriers and emotional defenses, because these barriers do not let you see who you really are. In fact, that is why you have created these barriers, not to see your true self.

6-Go to a professional

When you have made a shell too large and armored it is difficult to access your most pure and primitive emotions. He finds it very difficult to know what he feels and why he feels it.

He has become accustomed to walking through life with this great defense and he does it almost automatically.

If this is the case, try to overcome for a moment the fear that they enter your inner world and let a professional break the huge defense that you have built. That’s just what you need to stop being afraid and start feeling free.

Start opening the valve of your pressure cooker

The panic attacks and anxiety are generally nothing more than vivid emotions that have refused and blocked for a long time and in some way seek a way out. To understand it I like to exemplify it as a pressure cooker.

Imagine in the pressure cooker the steam that is created inside with the exhaust valve closed. If we left it for a long time with the valve closed, there would come a time when the pot would explode because the steam has no outlet.

Then open the valve so that the steam is coming out.

The same thing happens in people. If we do not give vent to the emotions we have, there comes a point where they try to get out as they can and they do it through anxiety, depression, stress or through the body through somatization, among others.

Therefore, we must understand that emotional instability is the result of hiding emotions that one does not want to recognize or accept, because doing so is a great burden of guilt that one is not willing to assume.

A case of emotional denial

Let’s take the example of a daughter:

Eli, loses his mother and after two years has not yet been able to overcome his death. He is very unstable, insecure, afraid, and begins to develop an obsessive fear of contracting any disease.

Eli talks about her mother and remembers her as a great woman, always ready to help, always with the neediest people. Now without her she feels a void, as if something had been torn from her.

Upon entering her inner world, Eli realizes that she actually has strong feelings of rage at her mother for the cold and distant treatment she had received as a child. He had always been more interested and had helped more needy people than his own daughters.

Eli had not been able to take on this rage he felt towards his mother, and instead he had idealized it, always speaking very well of her to others and

Expressing how good a person she was.

By recognizing and accepting these feelings of rage she actually felt and realizing that she was not obliged to love her mother, her anxiety and her obsessions disappeared from illness.

This is a case that exemplifies how the non-recognition and non-acceptance of emotions provokes an instability that can lead to pathology such as anxiety and hypochondria (or any other pathology).

‘You will honor your father and your mother’ can be one of the messages that unconsciously mark our being and we forbid ourselves to feel negative emotions like anger or hatred towards significant people.

However, sometimes, these emotions, even if you do not want them, are, and denying them can produce great emotional instability. In the end, the emotion that  causes this instability is guilt; The guilt of feeling anger or hatred.

Eli’s great emotional ambivalence toward her mother made her feel very unstable. An instability dominated by a great sense of guilt.

He felt rage at her, but it was his mother, so he had to love her. However, deep inside her, I did not want her, but how can I recognize that I do not want my mother? That’s horrible! She is my mother! What kind of daughter she would be!

And so, for years, the person is creating a story that does not correspond with their real feelings; Creating a carcass of false feelings that he does not want anyone to discover; It is enclosed in itself, preventing others from entering.

They are feeling increasingly insecure in dealing with others, fearing being criticized, fearing not to be accepted and valued, prioritizing the feelings and thoughts of others to their own.