The stuttering or stammering can be normal in young children when they begin to develop long sentences.

Are you stuttering and embarrassed to speak in public? You may have noticed that your child stutters when speaking and you are wondering if it is a temporary disorder or if you also stutter when you are older.

But if the stuttering is prolonged in time and causes frustration and shame, then dysphoria can become a real problem.

If you want to know more about the different types of stuttering and its causes, continue reading this interesting article.

What is dysphoria really?

Dysplasia, more commonly known as stuttering, is a communication disorder that affects hundreds of thousands of people around the world.

Although it is a quite frequent disorder, in fact it is not yet exactly known its causes.

This alteration of speech affects verbal fluency and is characterized by abnormally long pauses in speech and involuntary repetitions of syllables, among other symptoms, which causes a marked distortion in speech and generally causes discomfort and frustration in the sufferer.

Have you ever wondered why people can not control their stuttering? Have you noticed that when they are nervous or anxious the symptoms get worse?

The causes that are related to this disorder are varied, although they share a common root.

As reported by the American Stuttering Association, about 5% of children go through a stage of stuttering that lasts for six months or more.

Approximately 3 out of 4 children who start stuttering stop doing it as a teenager.

Whether for professional help, or the favorable conditions that your family and / or the environment offer you, most children overcome the problem and manage to communicate fluently. Only 1% continues the problem chronically.

In the United States alone, an estimated 3 million people are stuttering.

When the figures are @nalyzed according to sex, it is found that 75% of stuttering children or adolescents is male. In certain families, stuttering is more frequent, so it is believed that there are genetic factors that influence.

Stuttering that begins at an early age (between three and four years) and later disappears on its own, is considered a normal stage of language development and generally poses no problem. It is called initial or developmental stuttering.

Children of this age often make sentences mentally with a certain speed but still have difficulty pronouncing certain words, and it is natural that they pause or repeat syllables, but it is not dysphoria proper.

Most children do not feel shame or frustration when they repeat the syllables and often do not even realize what happens to them.

On the other hand, stuttering that worsens over time, which presents a regular pattern, which makes the person tense and avoid speaking in public for fear of ridicule, is the real dysphoria. 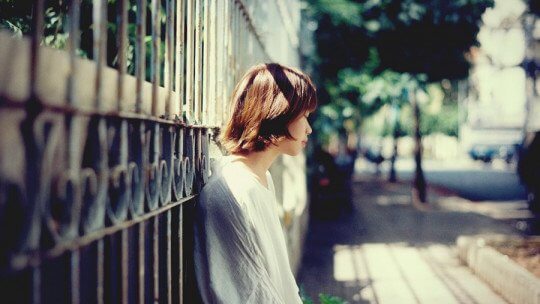 These are your symptoms:

According to the alterations that occur in speech , there are different categorizations of stuttering:

At the organic level there is a muscular immobilization or a spasm. The diaphragm contracts and then releases the air as soon as verbal expression occurs.

Have you ever heard someone who tries three or four times to say a word and just a fourth or fifth time can express it? That kind of stuttering is cloned.

Currently, stuttering is believed to be a problem in which several factors influence. Although the exact cause is not known, it is believed that these are the most important factors:

Differences in the functioning of the cerebral hemispheres

Researchers have shown that in stuttering people, the cerebral hemispheres are activated differently.

Stuttering can be hereditary; A son of a stuttering person has a much greater risk of being stuttering.

It is believed that in stuttering people genes are expressed differently, altering communication between the neurons in charge of the speech area in the brain and the neurons that move the muscles needed to speak.

Trauma and strokes cause brain damage that can cause stuttering.

On this ground has been deepened. The different treatments for correcting or reducing stuttering go in this direction.

When a child shows problems in using language, he immediately begins to suffer from conditions that are unfavorable to him.

The ridicule of their fellow men, the impatience of their teachers, and even that of their own family. Many times parents think that the child simply has not learned to speak well and is pressured so that he does not stutter anymore.

A problem that can actually have a solution if treated properly is significantly aggravated and prolonged over time due to its psychological and social consequences.

All these patterns of behavior that the environment adopts towards the child, are hurting their self-esteem and their confidence. That brings with it an inferiority complex , which will take you along different paths. But none of them will help you correct your stuttering.

Another psychological risk factor is anxiety. Children or adults who are anxious or are going through situations that generate anxiety are more likely to stutter. By stammering, more anxiety is generated , establishing a vicious circle from which it is difficult to leave.

Anyway, you have to keep in mind that a stutterer can fluently pronounce all words. Only with some it is blocked, and this blockage can be systematic. If it is possible to find and neutralize the stimulus that causes the stuttering, speech can improve significantly.

Is your child stuttering?

In the case of children it can be difficult to differentiate between stuttering that is normal in the learning process when speaking and a true communication disorder.

As mentioned earlier, if you have a child of three or four years, it is normal for you to appreciate a series of “errors” when speaking. At that stage, the language function is in full development and it is normal for them to pause and repeat syllables.

When they want to say a long phrase and are wrong, they repeat or start again. So far this is normal, and these are normal disfluencies.

Now, when the child begins to leave long spaces of time between one word and the other or when it shows difficulties in certain types of syllables, you have to pay attention.

If the child asks a question and is slow to respond, it is a warning. The principles and the end of sentences, are the most costly to pronounce for stuttering people.

When the difficulty in pronouncing certain syllables does not diminish or disappear over time, it is another symptom of dysphoria. In all cases, this type of disorder must be diagnosed by a health professional (especially speech therapist).

It is important to note that the symptoms of dysphonia can be greatly improved, because the psychological factors associated with the disorder can be neutralized.

For this it is fundamental not to react negatively to the difficulties to speak, reducing anxiety, self-criticism or impatience, because in this way the problem will worsen rather than improve.

Support from the family and the environment is also very important, especially in children. There are techniques that help to converse in a relaxed environment, reinforcing speech with gestures and head movements, which helps improve verbal fluency and avoid stuttering.

If you are stutterer or you think your child is, learn properly about the subject and seek professional help, because stuttering has a solution. Do not let it become a stigma.