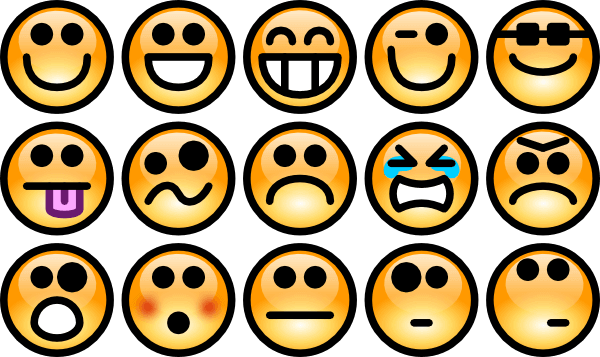 The emotional psychology studies how emotions are expressed in humans. They do it through physiological activation, behavioral responses and cognitive processing:

The emotions are behavioral, cognitive and physiological patterns that occur before a given stimulus. These patterns differ in each species and allow us to adjust our response depending on the stimulus, its context and our previous experience.

In humans, emotions are special, because they are accompanied by feelings. The feelings are private and subjective experiences, they are purely cognitive and are not accompanied by behaviors. A feeling is, for example, what we feel (forgive the redundancy) when we see a picture or listen to a song.

Another function of emotions is to modulate memory, since the way in which we store information depends to a great extent on the emotion we feel when we obtain it. For example, we will remember better the telephone of a person that we like that of a house for rent.

3 components of the emotional response

The emotional response consists of three components: musculoskeletal, neurovegetative and endocrine. These components lead us to a state of activation (arousal) determined to prepare the body to give an adaptive response to the stimulus and to communicate to the individuals around us our emotions.

The musculoskeletal component encompasses patterns of behavioral responses adapted to each situation. In addition to giving an answer to the stimulus, these patterns also serve to give information to others about our state of mind.

For example, if a stranger enters a plot and there is a dog that shows his teeth, the person will know that the dog has identified him as an intruder and that if he goes further, he may attack him.

The neurovegetative component includes the responses of the SNA. These responses activate the energy resources necessary to carry out the appropriate behaviors for the situation in which the person is.

Taking the previous example, the sympathetic branch of the SNA of the dog would increase its activation to prepare the musculature, which would start if it finally had to attack the intruder.

The main function of the endocrine component is to reinforce the actions of the SNA, secreting hormones that increase or decrease the activation of this system as required by the situation. Among other hormones, catecholamines are usually secreted , such as adrenaline and noradrenaline, and steroid hormones.

Throughout history, many authors have developed theories and experiments to try to explain how emotions work.

One of the first theories described in this regard is included in the book The Expression of Emotions in Man and Animals ( Darwin, 1872). In this book, the English naturalist explains his theory about the evolution of the expression of emotions.

This theory is based on two premises:

Later, two psychologists developed two theories about emotion separately. The first was the American psychologist William James (1884) and the second was the Danish psychologist Carl Lange. These theories were combined into one and today it is known as the James-Lange theory.

Although there are studies whose results support the James-Lange theory, it seems that it is not complete, since it can not explain why in some cases of paralysis in which it is not possible to give a physiological response, people still feel emotions with the same intensity.

In 1920, the American physiologist Walter Cannon created a new theory to refute James-Lange’s, based on the experiments conducted by Philip Bard.

Bard’s experiments consisted of performing progressive lesions in cats, from the cortex to the subcortical areas, and studying their behavior when they were presented with an emotional stimulus.

Bard discovered that, when the injuries occurred in the thalamus, the animals suffered a reduction in the expression of their emotions. In turn, if the lesions were produced in the cortex, they had an exaggerated reaction to the stimuli, compared to the answers given before the lesion was produced.

As the theory was made based on these experiments, it was called Cannon-Bard theory. According to this theory, in the first place, the information of the emotional stimulus would be processed in the thalamic zones, being the thalamus the one in charge to start up the emotional answers.

The first specific circuit for emotion

The first specific circuit for emotion was prepared by Papez in 1937.

Papez based his proposal on the clinical observations made to patients with lesions in the medial temporal lobe and in studies with animals with the hypothalamus injured. According to this author, once the information about the stimulus reaches the thalamus, it is divided into two routes (see figure 3):

Regarding the perception of emotional stimuli, Papez stipulated that it could be done in two ways (see Figure 3):

In the following decade, specifically in 1949, Paul MacLean expanded Papez’s theory by creating the MacLean circuit. This was based on the studies carried out by Heinrich Klüver and Paul Bucy with Rhesus monkeys whose temporal lobes had been injured.

MacLean placed great importance on the role of the hippocampus as an integrator of sensory and physiological information. In addition, I include in its circuit other areas such as the amygdala or the prefrontal cortex, which would be connected to the limbic system (see figure 4).

Currently there are three well-differentiated groups of psychological theories about emotion: categorical theories, dimensional theories and those of multiple components.

The categorical theories try to distinguish the basic emotions of the complex. The basic emotions are innate and are found in many species. We humans share them, regardless of our culture or society.

These emotions are the oldest, evolutionarily speaking, and some ways of expressing them are common in several species. Expressions of these emotions are made through simple response patterns (neurovegetative, endocrine and behavioral).

Complex emotions are acquired, that is, they are learned and modeled through society and culture. Evolutely speaking, they are newer than basic emotions and are especially important in humans because they can be shaped by language.

They appear and refine as the person grows, and express themselves through patterns of complex responses that often combine several patterns of simple answers.

The dimensional theories focus on describing emotions as a continuum rather than in terms of all or nothing. That is, these theories establish an interval with two axes (for example, positive or negative valence) and include the emotions within that interval.

Most of the existing theories take as axes the valence or the arousal (intensity of the activation).

The theories of multiple components consider that emotions are not fixed, since the same emotion can be felt more or less intensely depending on certain factors.

One of the factors that has been studied more within these theories is the cognitive assessment of emotion, that is, the meaning we give to events.

Some of the theories that can be included within these categories are the theory of Schachter-Singer or theory of the two factors of emotion (1962) and Antonio Damasio’s theory described in his book The error of Descartes (1994).

The first theory gives great importance to cognition when it comes to elaborate and interpret emotions, since they realized that the same emotion could be experienced having different neurovegetative activations.

Damasio, for his part, tries to establish a relationship between emotions and reason. Since, according to his theory of the somatic marker, emotions can help us to make decisions, they can even substitute the reason in some situations in which we must give a quick response or not all the variables are well known.

For example, if someone is in a dangerous situation the normal thing is not to think and reason what to do, but to express an emotion, fear, and act accordingly (fleeing, attacking or staying paralyzed ).