Schizophrenia is the mental disorder in which the different examples of the psychopathology of thought are most often given, so they are strongly associated with each other. These psychopathologies can also occur in depressive and bipolar disorders.

Detecting this type of mental disorder is not easy in many cases, the best way to assess the psychopathology of thought in patients is through their speech, since when a case of this type occurs, it is when having a conversation with the subject when a disorganization in his thought can be appreciated and, this disorganization, can be presented in many ways.

This article will briefly explain some examples of the psychopathology of thought , classified into several categories.

1. Examples of psychopathologies of the course of thought
It is a group of disorders of the psychopathology of thought related to reasoning , which are based on limitations of logical reasoning and problem solving, being explained as disorganized thinking.

It is also common for these types of disorders to be related to speech disorders, characterized by disorganized speech. Therefore, it is important to pay attention to the way that person expresses himself through language.

Next we will see the most common examples that can be found within this category.

1.1. Derailment
This psychopathology of thought, also known as “loss of associations” or “flight of ideas”, consists of a way of communicating verbally through intermingled ideas, so there is no cohesion in what is said , despite the fact that each Sentence separately is well constructed, but when said in the same speech they do not agree with each other.

1.2. Speech pressure
Also known as “logrera”, it is a psychopathology that causes the subject to start speaking spontaneous phrases without stopping and at high speed, so it is not easy to intervene in the conversation. It may be the case that you start a new sentence before you have finished saying the previous one.

1.3. Incoherence, schizoafasia, or word salad
This is a way of speaking using sentences without a correct syntax, because words are randomly put together, so that it is difficult to understand what you are saying.

1.4. Loss of goal
In this psychopathology of thought, the subject tries to explain something, starting to talk about a certain topic and, in the middle of the speech, changes the subject without finishing his previous explanation , so he cannot reach a conclusion.

1.5. Ilogicity
It occurs when the subject begins to speak about a specific topic and ends with a conclusion that has no logical relationship with the previous topic . 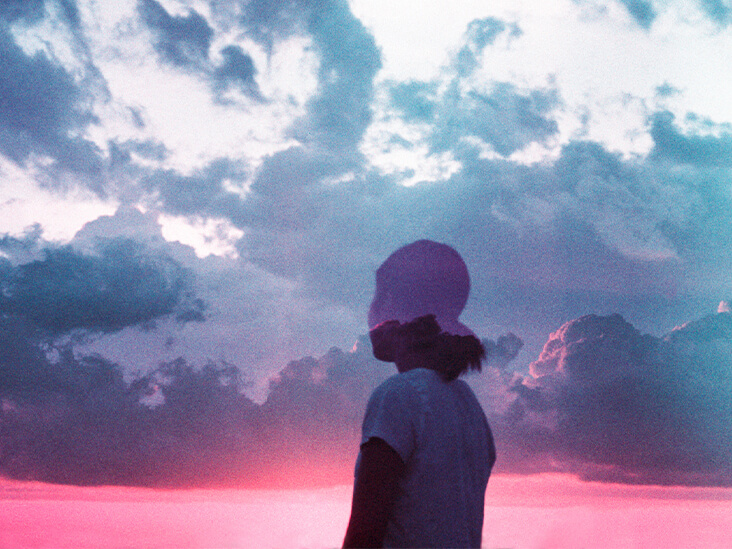 1.6. Tangentiality
It occurs when when asking the patient about a specific topic, he answers with oblique answers that have little or even no relationship with the question .

1.7. Perseveration
Throughout a conversation, the person repeatedly repeats words or ideas , so that, out of the blue, they express them again.

1.8. Speak distracted
It is a divergent speech in which the person suddenly changes the subject or interrupts his speech before any stimulus from the environment .

1.9. Circumstantiality
It is a psychopathology of thought in which the patient, when he tries to express something about a certain topic, gives too many details that may even have zero relevance with respect to that topic.

Examples of thought disorders
1.10. Resonances
The patient’s speech is made up of words that are phonetically associated (rhymes) , instead of chaining words in their sentences that give meaning to what they are trying to explain, being able to express a speech that is difficult to understand.

Approximation of words, metonymy or paraphasia This is the use of words in a way that is not conventional or pseudowords are created but following the rules of the language to form words, this being a very rare disorder.

1.11. Neologism
The subject gives a different meaning to the words or even comes to invent non-existent words .

1.12. Echolalia
In this case, the subject echoes words or phrases that the person who is speaking with him or her has just said.

1.13. Self-referral
It is the tendency of the patient to relate the topics that are being talked about to his person , even if they are about topics that have no relationship with him or are simply neutral.

1.14. Affected speech, emphatic speech, or elation
The patient tends to use language that is excessively cultured, pedantic or pompous, being in some cases out of context, so they are not appropriate at that precise moment.

1.15. Poor speech or laconism
The patient hardly speaks spontaneously and when asked , he tends to respond in monosyllables or very briefly.

1.16. Poor content of spoken language or thought
In some cases, he may respond with the correct information, but for this, he exceeds too much in the number of words he uses, when the normal thing would be to be able to explain it in a shorter and more concise way.

1.17. Blocking
This happens when the subject suddenly stops speaking while he was expressing something, so I could not finish and may even forget what he was talking about .