The addiction to Facebook is the excessive dependence when making use of this social network, to the point of leaving aside aspects of daily life such as work or social relationships face to face. The obsession with this online platform is one of the most addictive disorders associated with the most recent behavior.

Research related to Internet addiction and new digital media have shown the existence of a possible addiction to Facebook, although being such a current disorder, there are many characteristics to be defined, to give it the scientific validity it deserves.

There are many experts who still do not consider the dependence on Facebook as an addiction that may need psychiatric help as other behavioral disorders, until now considered more serious, as is the case of gambling addiction.

There are also critical voices such as Griffiths, which states that addiction to Facebook has to be studied based on the activities or applications used in this portal, rather than @nalyzing the website in general.

However, there are common symptoms that show that this social network can become an obsession for Internet users who spend a lot of time in it.

The dependence of Facebook is a behavioral disorder, since it consists of the repetition of some behaviors, even knowing that these can affect the daily routines and mental health. In this case, compulsive attitudes are continuous access to this network or remain for an excessive time making use of it. Due to its similarities, Facebook can be considered a subtype of Internet addiction. 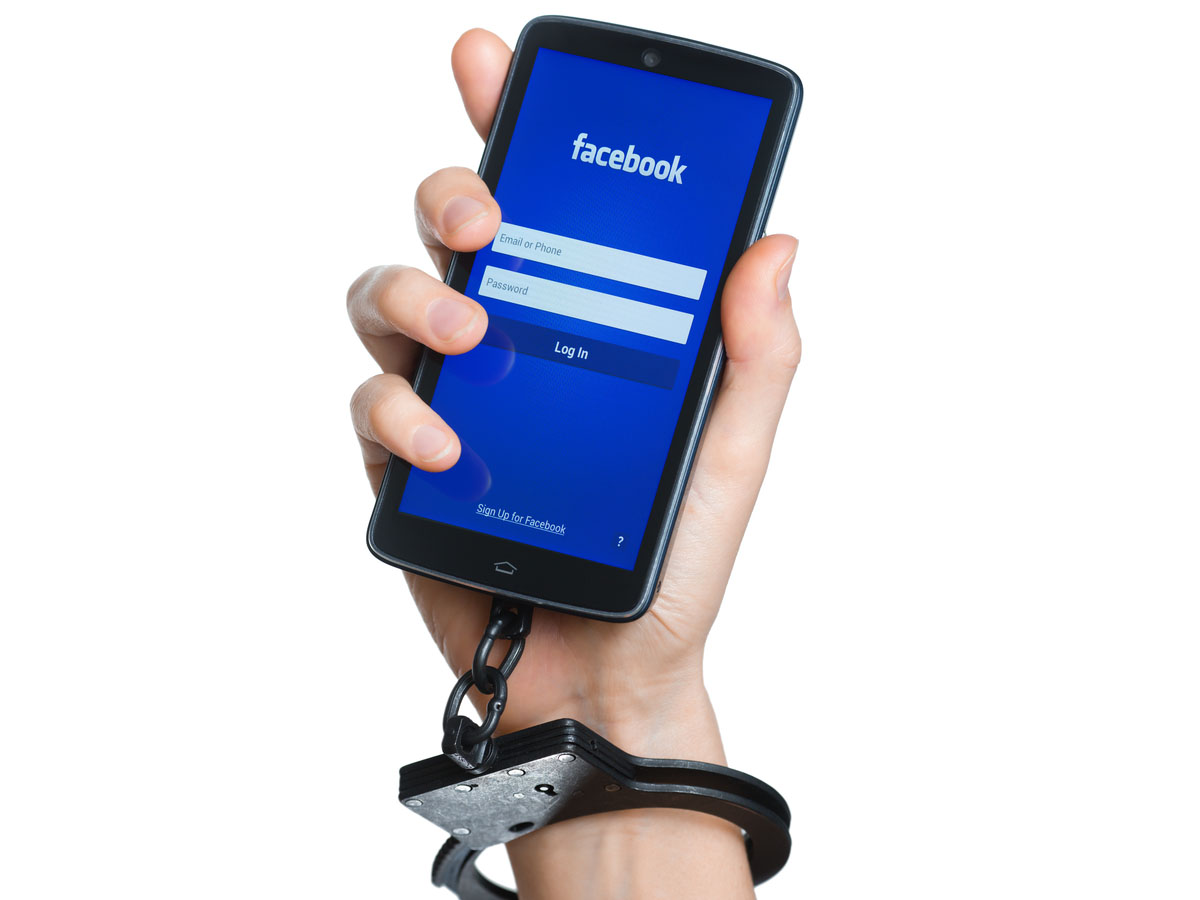 It has become a global phenomenon that, in addition to revolutionizing the world of communication, has changed social relations, affecting very intimately at the individual level. This phenomenon has been increased with the arrival of mobile devices, which allow you to access your profile at any time and from anywhere.

More and more people are using Facebook, not only to share content with their friends, but also for other activities that used to be done through other media or places. These can be as basic as being informed about current events, looking for work or simply investing leisure time.

Due to its importance as a social network and worldwide phenomenon, it is necessary to establish common characteristics among people who make excessive use of it, since these do not necessarily have to be addicted to other Internet content. Therefore, more and more studies related to Psychology that speak of an addiction to Facebook, reaching to establish symptoms of this disorder and even possible treatments to end this obsession.

What really happens if I’m addicted to Facebook? Can everyone be one or do I have personal characteristics that make me more sensitive to this addiction? And if I’m addicted, what can I do? In this article you will find the answers to all these questions.

The causes of addiction to Facebook are not entirely clear. There are studies that link them to the same circumstances that cause dependence on the Internet, although there are other studies that point out some personal characteristics that suggest that some individuals are more predisposed to have an addiction to this online portal.

A study conducted to students in Taiwan in 2014, noted that having an inferiority complex or a depressive nature, can influence the use made of Facebook, resulting in many cases in an addiction to this social network.

Another sample indicates that shyness is closely related to the use of Facebook, although it does not have a positive effect on the number of friends added to this online portal. This study does not necessarily indicate that shy people have to be addicted to Facebook, but they tend to meet their social needs through this digital platform.

Narcissistic people, or those with low self-esteem, are also Facebook users, since they use this medium to get the favorable opinion of others and reaffirm. This is indicated by an article by psychologist Soraya Mehdizadeh about social networks and behavior.

The addiction to Facebook is closely related to the dependence on the Internet. It can be classified as a type of cyber-addiction, so its symptoms are similar.

Dr. Kimberly Young, a graduate in Psychology and an expert in Internet addiction, argues that there are several subtypes of addiction, depending on the Internet user’s use of the Internet.

According to these uses there are several types of Internet addiction, among which the addiction to social media is part of. Social media are digital platforms or digital communities in which users produce the content.

This group includes social networks, blogs, news aggregators, some games and video games, and so on. The addiction to Facebook, being a social network, is classified in this area.

Dr. Kimberly Young is also the founder of the Center for Internet Addiction, which deals with this type of disorders associated with the web since 1995. Young establishes five signs that can help you to know if you have a Facebook addiction disorder:

On the other hand, a study published in The Turkish Journal on Addictions in 2016 performs a qualitative @nalysis of Facebook. This research links the social network with some of the symptoms associated with Internet addiction. The experiment involved 417 people who recognized that they made excessive use of the social network Facebook.

The symptoms referred to in the survey were negative consequences in daily life, loss of control, increase in online social relationships, worry, mood swings, abstinence and excessive use. Among those symptoms, we can highlight two that were the ones that scored the most during the survey of the participants.

a) Negative consequences in personal and work life

66% of the participants said that their use of Facebook brought negative consequences in some aspects of their daily lives; both at work, studies or housework.

In this sense, Facebook can serve as an excuse to avoid doing homework or it can become a distraction.

The respondents acknowledged that they used Facebook at work, to the point of fearing a reprimand for using the social network in their position.

Participants also recognized that Facebook affected their interpersonal relationships of whatever kind; romantic, work, friendly, and could even affect relationships with their children.

The alleged addicts to the social network, recognized that their relatives complained that the participants focused on what was happening on Facebook, without paying attention to the social and personal needs of their family members, loved ones or simply acquaintances.

An easy and colloquial way to define this symptom would be, the constant thought of “I’m going to take photos to upload it to Facebook”. It would be an example of the second most common symptom among respondents, the constant concern to make use of this social network, to such an extent that what we do can come to revolve around what we later want to reflect on Facebook.

This symptom manifests itself through a constant checking of the new content, through updates and notifications. It can also manifest with an inordinate production of new content, either by updating states, sharing photos, messages, links or games.

Is there any way to measure addiction to Facebook?

An investigation of the University of Bergen in Norway, led by Cecilie Schou, developed in 2012 an addiction scale to Facebook, The Bergen Facebook Addiction Scale (BFAS).

This scale has 18 items, among which the 6 central elements of the addiction are reflected (prominence, mood changes, tolerance, abstinence, conflict and relapse). This scale was administered to 423 students, along with other addictive trend measurers and questions about how to get to sleep.

Each item of the scale was measured in a questionnaire in which the students had to grade from 1 to 5 each question, being 1: very rarely and 5: very often. In this way, the highest scores indicate a great addiction to Facebook.

At 3 weeks, some students repeated another test to check the effectiveness of the study, in that they had to answer the questions that obtained a higher score. Here is an example with some of those questions that scored the most, so you can check if you are addicted or not to Facebook.

During the past year…

These issues pertaining to the Facebook addiction scale, created by researchers at the University of Bergen, were related in turn to other questions regarding other addictions and even sleeping habits.

Finally, after checking the reliability of the test, it was shown that many of the symptoms coincided with those of other addictions, and even that the addiction to Facebook can have effects at the time of delaying sleep.

The Center for Internet Addiction and Recovery states on its website that addicts to Facebook and social media in general (blogs, social networks, etc.) must adopt a series of measures:

Also Read: Is there Sugar Addiction?

According to Dr. Young’s center, once the time allocated to the application is reduced, the next step is to provide psychological help to the addict so that he finds alternatives to socialize and communicate outside the screens.

Mr. Kenneth Lucianin is an administration and network undertakings proficient with twenty years of differentiated involvement in Community outreach programs, and civil and state-level enactment. He is a United States Navy veteran positioned at the Pentagon. Going before his opportunity in the military Lucianin went to Bergen Community College and Rutgers University and sought after a degree in Public Affairs.