The syndrome West (SW) is a type of childhood epilepsy age – dependent (Arce-Portillo et al., 2011). It is an epileptic encephalopathy characterized by a symptomatic triad: infantile spasms, hypsarrhythmia and delay in psych0m0tor development.

In addition, it is also common to find other names in this pathology, such as “Infantile Spasm” or “Infantile Spasms”, in the Anglo-Saxon medical literature (Andalusian Association of Epilepsy, 2016).

Generally, the typical development of the clinical syndrome of West syndrome occurs around 4-8 months of age (National Institute of Neurological Disorders and Stroke, 2015).

Both the incidence and the prevalence vary significantly depending on the geographical area, however, different statistical studies have shown greater occurrence in males (Arce-Portillo et al., 2011). 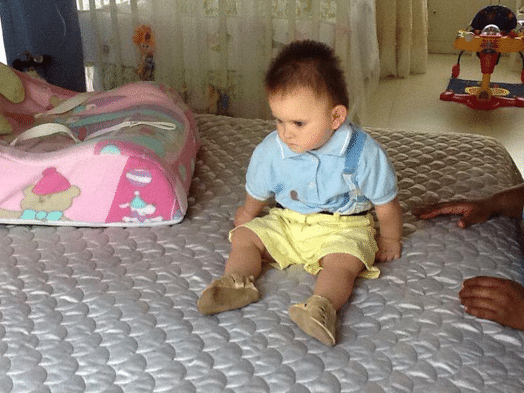 West syndrome can be classified in various ways depending on the underlying etiological cause (symptomatic, secondary, cryptogenic and idiopathic), however, the most frequent are related to prenatal events (Guillén Pinto and Guillén Mendoza, 2015).

Although there is no treatment for West syndrome, therapeutic intervention with adrenocorticotropic hormone (ACTH) and vigabatrin (GBV), tend to evolve favorably (Guillén Pinto and Guillén Mendoza, 2015).

West syndrome (SW) is a type of age-related childhood epilepsy that is associated with three classic symptoms: infantile spasms, hypsarrhythmia and a generalized delay in psych0m0tor development  (Arce-Portillo et al., 2011).

In addition, epilepsy is one of the most frequent chronic neurological diseases in the general population (Medina, 2015). Around 50 million people suffer from epilepsy worldwide (World Health Organization, 2016).

In the case of children, one of the most serious and common forms of epilepsy is West syndrome (SW), a type of epileptic encephalopathy (Medina, 2015).

The term encephalopathy is used to refer to different brain pathologies that alter both its structure and its efficient functioning (National Institute of Neurological Disorders and Stroke, 2010). In the case of epileptic encephalopathy, the neurological alterations will include: abnormal brain activity, seizures, cognitive and behavioral deficits, among others (Epilepsy Foundation, 2008).

West’s syndrome was first described in 1841 by William J. West, through the case of his 4-month-old son (Guillén Pinto and Guillén Mendoza, 2015).

William J. West, noted the rare and unique convulsions of the child population that were presented within this medical condition.

Later, some authors such as Lennox and Davis or Vasquez and Turner (1951), accurately described the characteristic symptoms of West syndrome, then called ” Small Bad Variant ” (Andalusian Association of Epilepsy, 2016).

Over time, different names have been used, such as “Infantile spasms” or “Epileptic spasms”, however, the term “West syndrome” makes the most appropriate etiological, clinical, and historical grouping (Andalusian Association of Epilepsy, 2016).

West syndrome presents a frequency of around 2-10% of all cases diagnosed of childhood epilepsy; it is the most frequent form of epilepsy during the first year of life (Arce-Portillo et al., 2011).

The incidence has been estimated in approximately 1 case per 4,000 children, while the characteristic age of onset is between 4 and 10 months (Arce-Portillo et al., 2011).

Regarding sex, some statistical studies have shown that the male sex is slightly more affected by West syndrome (Andalusian Association of Epilepsy, 2016).

Infantile spasms are a type of seizure that appears in different infantile epileptic syndromes. Normally, they appear in very early stages of life, between 4 and 8 months of age (National Institute of Neurological Disorders and Stroke, 2015).

This type of seizures are of the miconic type (strong and sudden jerks in arms and legs) and can occur in groups of up to 100 episodes (Guillén Pinto and Guillén Mendoza, 2015).

Specifically, infantile spasms are characterized by a forward flexion of the body, accompanied by stiffness in the extremities (arms and legs). In addition, many children tend to arch the lower back as they extend their arms and legs (National Institute of Neurological Disorders and Stroke, 2015).

These muscle spasms are the product of an abnormal electrical discharge at the brain level, usually start suddenly and can last from seconds to minutes, between 10 and 20 (National Organization for Rare Disorders, 2015).

Generally, infantile spasms have to appear in the early hours of the day (upon awakening) or after a meal (National Institute of Neurological Disorders and Stroke, 2015).

In addition, it is also possible that muscle spasms are accompanied by other events such as (Discapnet -Fundación ONCE-, 2009):

Studies of brain activity through electroencephalography (EGG) have shown that children with West syndrome have an abnormal and chaotic brain electrical pattern, called hypsarrhythmia (Síndrome.info, 2016).

The Clinic of the University of Navarra (2015), defines hypsarrhythmia as an electroencephalographic pattern characterized by persistent discharges of slow waves, spikes, sharp waves and absence of hemispheric synchronization, giving the sensation of an absolute disorder of brain electrical activity when observing the electroencephalogram.

West syndrome can result in both an absence and a delay in the infant psych0m0tor development.

Therefore, affected children may show a significant delay in acquiring the skills required for muscle coordination and control of voluntary movements (National Organization for Rare Disorders, 2015).

In addition, it is also possible that the affectation of this area manifests itself as a regression of said abilities. It is possible to observe that the affected child stops smiling, holding his head, sitting, etc. (Andalusian Association of Epilepsy, 2016).

The loss of previously acquired skills and neurological alterations can lead to the development of diverse medical conditions such as (Discapnet -Fundación ONCE-, 2009):

Depending on the identification of the condition or event that leads to the development of West syndrome, it is possible to classify it as symptomatic and cryptogenic (Arce-Portillo et al., 2011).

With the secondary or symptomatic term refers to those cases of West syndrome in which the clinical characteristics are the product of different detectable brain alterations (Pozo Alonso, et al., 2002).

In this group of cases, it is possible to distinguish prenatal, perinatal and postnatal causes, depending on the moment in which the brain damage occurs (Pozo Alonso, et al., 2002).

With the term cryptogenic or idiopathic we refer to those cases of West syndrome in which the exact cause that gives rise to the clinical manifestations is not known with precision or is not identifiable (Pozo Alonso, et al., 2002).

Apart from these classifications of the etiological causes, different statistical studies have shown that the most frequent are the secondary ones (83.8%) and within these, prenatal causes predominate (59.5%), among which the sclerosis stand out tuberosa and congenital brain malformations  (Guillén Pinto and Guillén Mendoza, 2015).

The clinical diagnosis of West syndrome is based on the identification of the symptomatological triad: infantile spasms, abnormal brain electrical activity and psych0m0tor retardation.

Therefore, the first step in the detection of these is the realization of the clinical history, through which different specialists try to obtain information about the presentation of symptoms, age of appearance, individual and family medical history, etc. …

On the other hand, to characterize the pattern of brain activity of the individual, the use of electroencephalography is common (National Organization for Rare Disorders, 2015).

Electroencephalography is a non-invasive technique that does not cause pain. It is used to record patterns of brain activity and detect possible anomalies.

When the pattern called hypsarrhythmia is detected, this finding can help determine the diagnosis of West syndrome (National Organization for Rare Disorders, 2015).

In addition, the use of other brain imaging techniques such as computed tomography (CT) or magnetic resonance imaging (MRI), are used both to determine the etiological cause of the pathology and to rule out the presence of other neurological disorders (National Organization for Rare Disorders, 2015).

Thus, in the differential and etiological diagnosis, other laboratory tests such as urine, blood, lumbar puncture, or genetic tests may also be required (National Organization for Rare Disorders, 2015).

Is there a cure?

There is no cure for West syndrome. Despite this, some beneficial pharmacological therapies have been identified.

In some cases, it is possible to use anticonvulsant drugs to control or reduce seizure activity, however, in others it is not effective (National Organization for Rare Disorders, 2015).

On the other hand, the most common treatment in West syndrome includes the use of two drugs: vigabatrin (VGT) and treatment with adrenocorticotropic hormone (ACTH) (Arce-Portillo et al., 2011).

Although it is a drug that has been shown to be effective for the control of epileptic seizures, infantile muscle spasms, etc. its use is very restricted due to possible side effects (alteration of the visual field, development of behavioral disorders, headache, paresthesia, amnesia, weight gain, essential tremor, diarrhea, etc. (Spanish Society of Neurology – Epilepsy Group- , 2016).

The therapies with adrecorticotropas hormones were the first to demonstrate its efficacy, however, it presents a high toxicity. Some of the complications secondary to the use of this treatment are: mortality (5%), infections, arterial hypertension, cerebral hemorrhages, cardiac alterations, sedation, somnolence, among others (Discapnet-ONCE Foundation-, 2009).

What is the prognosis?

The future prognosis of children with West syndrome depends largely on the underlying cause and severity (Síndrome.info, 2016).

Many affected respond quickly and effectively to treatment, reducing and even remitting infantile spasms (Síndrome.info, 2016).

However, it is most common for seizures to occur recurrently throughout childhood, including even the development of the Lennox-Gastaut syndrome (Síndrome.info, 2016).

In general, children affected by West syndrome will present a generalized development of learning and motor skills.