The early pregnancy , early or juvenile is placed in a range between 11 and 19 years of age, although this usually comes to vary by institution.

Without a doubt, this is a very tricky topic when it comes to speaking it, not to say taboo. Many are the individuals who may become scandalized by premature pregnancy, or on the contrary, normalize it. The mentality and character of the people with whom the pregnant woman relates and, above all, of the socio – economic situation depend on it.

In this section the data is enlightening. Only in our country, and according to the National Institute of Statistics, between 2000 and 2008, there were a total of 1209 pregnancies in girls with ages below 14.

If we move to the age of 15, we see how the number skyrockets, becoming multiplied by almost four with a total of 4,119 teenage pregnancies in the same period of time.

With respect to the last year in which this data is recorded, there were 177 births in girls aged 14 or under, and 537 in those who were already 15 years old. 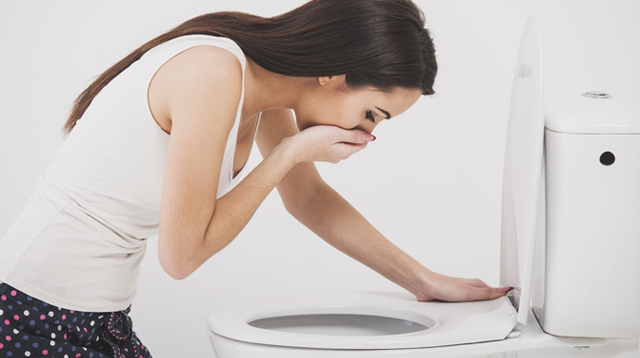 If we decided to move a few years later and focus on the international level, in 2011 the country that had a higher birth rate in young people was Niger, with a total of 206 births per thousand, followed by Nicaragua, which opened the ban on the Latin American countries where it already reduces it exactly to half with 103. The third place on the podium corresponds to the Dominican Republic with only two less than its predecessor.

In the old continent taking into account the data of the year 2008, Holland takes the palm with the birth rate with 7.8 per thousand, and as we mentioned before, with Spain followed very closely in second place with 7.5 .

From a psychological perspective, young adolescents look for new experiences and sensations in a stage in which a great amount of changes and transformations take place at dizzying speeds, making a great effort to try to be independent.

We are going to point out and specify what could be the causes of teenage pregnancy:

Practice sex without a condom

There is no room for doubt when we talk about what is one of the main and biggest problems. The practice of sex without any precaution can lead to pregnant women, whether desired or unwanted, where 18% of adolescents between 15 and 19 years old do not use any method of contraception and allowing themselves to be aligned with another data that tells us that 80 % of pregnancies at that age are not desired.

Awareness of the traditional role of women

A profile assigned to women (mostly in underdeveloped countries) and based mainly on the more traditional mentalities and which is usually a cause of births.

Traditional places where it is still traditional practice to marry a girl with another person (whether elderly or not) in a forced and forced mainly by families.

The close circles of the adolescent age, mainly of the friendships that can get to induce to the practice of sex simply by the fact that it is something that must be done if or if ??.

Lack of communication and fluid relationship with parents

A bad relationship with parents translates into insecurities, ignorance and problems of self-esteem.

Consumption of alcoholic beverages or drugs

The intake of this type of consumption translates into a lack of control of our body and the creation of involuntary acts.

Lack of information, guidance and training

Due to a lack of information either in our home or, directly, in our education center, especially in schools, we can get to perform acts that are beyond our knowledge, and of course their consequences. This is something that is being claimed every time in schools.

Unfortunately, this cause is one of the most striking and most dramatic, and in which we must make special emphasis to try to raise awareness among the population where between 11 and 20% of pregnancies during adolescence are the result of sexual abuse .

This seems incredible if we take into account a study carried out by the Guttmacher Institute that concluded that 60% of the girls who had sex before reaching 15 years of age were forced.

Problems in an early pregnancy

Different problems can occur when referring to pregnancy produced at an early age. Even more so if you finally decide to go ahead and give birth.

It is a complication that, as its name indicates, is located in the placenta, causing it to travel until it reaches the cervix. This type of problem shows a probability of 1 in 200 and usually appears in week 20 of pregnancy. One of the most common symptoms is periodic v@ginal bleeding that occurs painlessly. We can find three types of placenta previa:

When we talk about preeclampsia, we talk about hypertension of the arteries. Another effect is proteinuria, an appearance of excess protein in the urine. To be called preeclampsia as such, both effects must be produced.

The consequences can lead to serious damage to the kidneys, and if this gets worse, other vital organs such as the liver, the brain or even the blood itself can be damaged. Finally, if it is not controlled, it could endanger the life of the future baby or even the woman.

Officially, it is known as premature birth, the one produced between weeks 28 and 37 of pregnancy. Between week 20 and 28 would be known as immature delivery and if this occurred before week number 20 would be considered an abortion.

It is an obstetric and neonatal problem that has fatal consequences for women, among which we find infections in the urinary tract, diabetes or severe anemia among many others.

It can also lead to abortion or even uterine anomalies such as cervical incompetence, while malformation of the fetus will always be a risk to run that will be present at all times. This can lead us back to the first complication that is about placenta previa.

How can you observe if there are possibilities of contracting a premature birth? Some symptoms of this will result in strong constant contractions, v@ginal bleeding or a constant feeling that the child pushes down as if he were forced to leave.

We know anemia as a type of infection created in the blood. In adolescent pregnancy is produced due to low levels of possession of hemoglobin and therefore iron, as they are carriers of this mineral so that we find two types of anemia:

It should be noted that current levels of hemoglobin in the blood of a pregnant woman range between 12-16g / dL, while the non-pregnant shows a change with levels between 11-14g / dL.

It is something that affects a third of pregnant teenagers. One of the problems that can occur is the entry of bacteria into the bag, since it is open. This is called amnionitis or chorioamnionitis. The solution? A voluntary delivery must be provoked if the mother or the child does not want to suffer some kind of really serious problem.

As a curiosity, sometimes a veiled birth can occur, where curiously the baby is born with his amniotic bag in perfect condition. It should be noted that this type of delivery does not lead to any type of health problem for either the mother or the newborn.

The consequences can occur mainly at psychological levels that affect the morality of women (or the couple in general) or social levels where discrimination or abandonment become quite common problems.