The childhood schizophrenia is a diagnostic category that has led to numerous controversies by its overlap with other categories, such as infantile autism.

Nowadays it is still not included in any diagnostic and classification manual of mental illnesses (DSM or CIE), however, cases of children with psychotic symptoms in childhood and the beginning of adolescence are known.

Despite the fact that interest in the study of schizophrenia in adults began very early in the hands of authors such as Kahlbaum, Kraepelin, Bleuler or Schneider, who were responsible for defining schizophrenia attending to the symptoms or the evolution of the disorder. The study of this in children was slow to start, probably because of the existing resistance to admit that mental disorders could occur in childhood.

It was Kraepelin and Bleuler in 1850, the first to admit that some of the people they treated had fallen ill in childhood. However, it was not until the 1930s, when the first descriptive and epidemiological studies of childhood schizophrenia began. 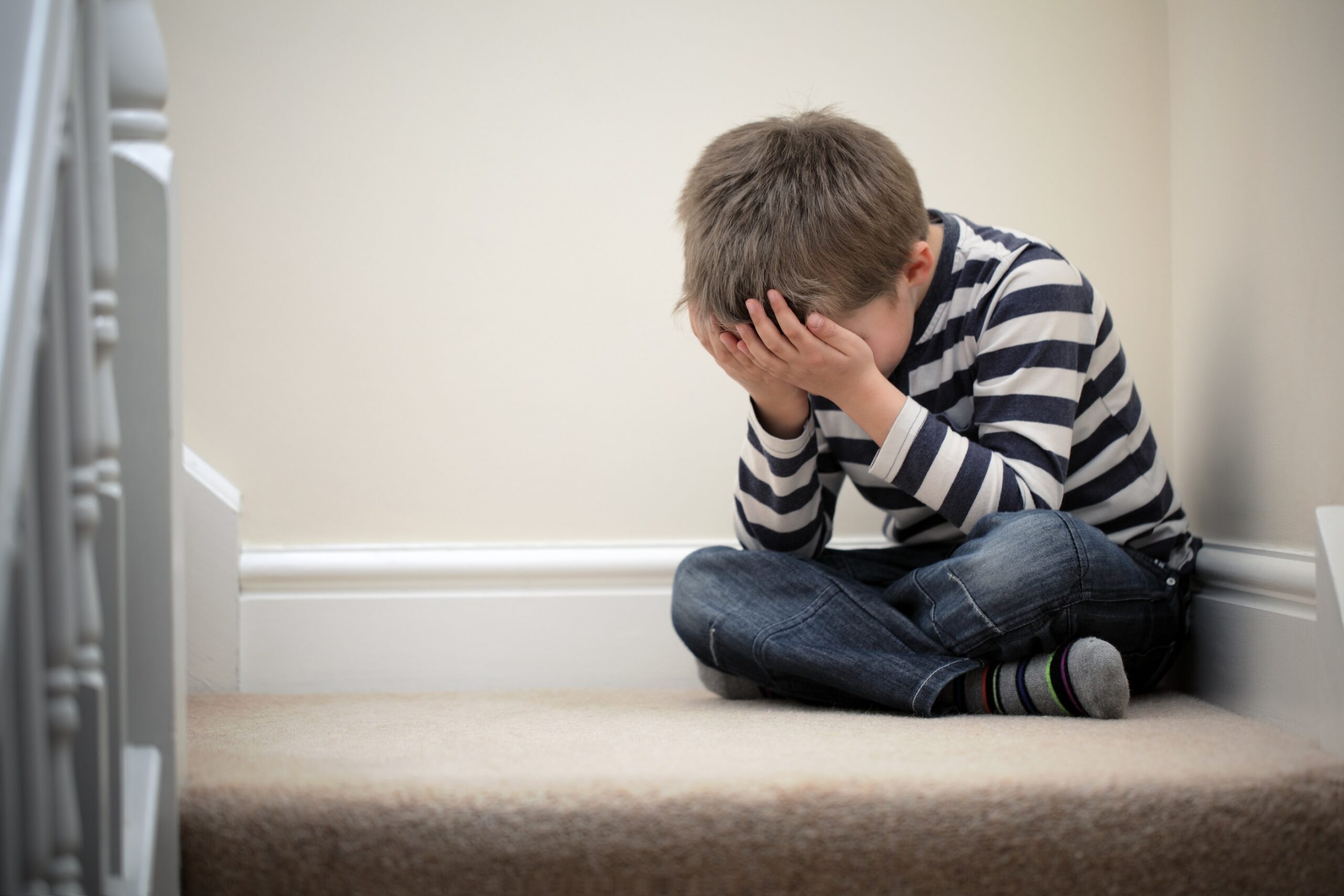 Potter in his work with psychotic children, was the first to introduce the concept, and later, authors such as Bradley and Bender, tried to describe it as ??? that process through which there is a loss of affective contact with reality, being determined by an autistic, regressive and dissociative way of thinking ??

Some of the criteria that were proposed for the diagnosis of infant psychosis were: alteration of interpersonal relationships; concern for particular objects; resistance to changes in the environment; abnormal perceptual experiences; no acquisition of language; absence of motor behavior or presence of mental retardation.

However, these criteria were criticized by several authors, such as Rutter, who formulated four new diagnostic criteria such as: beginning before 30 months of age; deterioration of social development; delayed language development and insistence on similarity.

In the same line in 1964, Rimland, tried to establish a classification system between autism and schizophrenia, in order to establish a differential diagnosis between them.

Although, this system has no validity at present, and the only clear differentiating characteristics now in force would be that in childhood schizophrenia there are hallucinations and delusions, and there is a high incidence of family psychosis, unlike in autistic patients.

Due to all the prevailing approaches at that time, there is an important shift between the editions of DSM-I and II, in which autism was reflected as a variant, or the earliest expression of adult schizophrenia. Until the edition of DSM-III, which reflects the modifications that Rutter made of Kanner, placing child autism in the new category of developmental disorders.

Infantile psychosis ceased to appear in the diagnostic classification systems in the 1980 version of the DSM III, and it was argued at that time that the concept of infantile psychosis was not very operative, and led to confusion and error. It was argued that psychotic disorders occur when personality and thought are formed, and can not be established before a certain age.

Even so, today many of the children diagnosed with specific pathologies or neurodevelopmental disorders, can debut in adulthood presenting a psychosis or schizophrenia, being especially comorbid with Pervasive Developmental Disorders and Attention Deficit  Hyperactivity Disorder.

We must take into account certain considerations, such as discarding other causes of psychosis due to metabolic, endocrinological, neurological, infectious, toxic or genetic alterations.

Within the positive symptoms, we find delusions, hallucinations or disorganized thinking. And within the negative symptoms, affective flattening, apathy, demotivation?

False perceptions that occur in the absence of an identifiable stimulus. They can be associated with any of the senses, but the auditory ones are the most common, and they appear in the form of voices that give them orders, accusations or comments about their behavior.

They are erroneous interpretations of reality, they suppose alterations in the content of thought. They occur in a lesser proportion than in adults and the most common tend to refer to delusions of persecution and somatic, and those referring to thoughts and religious are the least common.

Are those typical of having abilities to fly, supernatural powers, demons, existence of people or machines inside the body?

Here reference is made to the lack of organization existing in the subject’s thought, and not to its content, which is manifested through speech. Sometimes there is a total absence of language, and in others it appears around 4-5 years. The language is illogical, lacks content and is fragmented, repeats are frequent and lacks a communicative function.

Mina K. Duncan stated that these disorders of thought are present in 40-100% of patients under 13 years of age and that they present psychotic episodes. On the other hand, Caplan et al. they affirm that these are not specific to schizophrenia and that they reflect alterations in the development of  communication skills.

The schizophrenic children present affective flattening, that is, they show few emotions and their gestures and voice are usually expressionless. Interaction with them is usually difficult, due to their affective indifference. There are also often explosions of emotion for no reason and even acute crises of anguish, accompanied by agitation and anger and heterosexual self-aggressive.

In some children with schizophrenia are usually given catatonic symptoms, ie, adoption of rigid or extravagant postures for hours, showing resistance to the attempts of others to change it. These symptoms usually occur in those who are developing the spectrum and also have attention deficit hyperactivity disorder and tics.

It is true that it is difficult to establish if these alterations are the product of mental illness or are premorbid conditions.

Bedwett, in 1999, affirmed that the cognitive deterioration post psychosis is due to the inability to acquire new learning and abilities, and not to the existence of a possible dementia.

According to Watt, in 1984, there are a series of indicators of high risk for schizophrenia to occur, among them we find the following:

Once seen the clinical characteristics associated with childhood schizophrenia, it is convenient to take into account that none of these manifestations taken in isolation is determinant of this disorder, but rather it is the combination of these plus the persistence or aggravation over time, the fundamental criteria to consider the appearance of the same in the child or adolescent.

Child psychosis has a low incidence (1 per 10000), but it increases in late adolescence (17/18 years), reaching 17 per 10000. This is why, before establishing a specific diagnosis, it is necessary to make sure that the characteristics that the patient presents.

Very rare in children before 5 years, until puberty there is a higher prevalence in males, later the prevalence is equalized.

The course is gradual or sudden. Those who start before adolescence usually appear insidiously with negative symptoms (language, sensory delays, withdrawal?). The positive symptoms appear as the age increases and they become more complex. As for the forecast, 1/3 recover, 1/3 deteriorate and 1/3 severe deterioration.

Various positions are proposed based on the etiology of schizophrenia, one more biological, one more environmental and another integrative.

Regarding the factors involved in the onset of childhood schizophrenia we find the following:

With respect to psychological and social factors we find the importance and interest in the family, emphasizing the interactive model of development.

On the other hand, from the diathesis-stress integrative model, importance is given to the interaction between biological and environmental factors, both of which are involved in the etiology of schizophrenia. From here it is affirmed that no factor, neither biological nor environmental, separately, can fully explain childhood schizophrenia.

When assessing the presence of childhood schizophrenia in a child or adolescent it is important to take into account the following aspects:

Throughout this article it has been possible to verify the existing uncertainty regarding what is childhood schizophrenia, and how it can be differentiated from other entities such as autism.

To all this, it is necessary to add the existing difficulties when the disorder appears in childhood since the negative impact is even greater.

Also Read: How to Know if You Have Dyslexia: 11 Symptoms

Therefore, it is important to continue increasing research, since the impact of schizophrenic disorders on people is well known, both on a personal level; family; social and economic level, due to the high costs it generates in health services.