The amotivational syndrome is characterized by symptoms such as dysphoria, decreased attention, intense anhedonia, memory alterations and  little desire to compete, work or perform any activity.

Put another way: it is a state in which passivity, lack of motivation, conformism, isolation and total inactivity are experienced.

The person suffering from this syndrome never wants to do anything. That is, at no time do you find anything that motivates you enough to  get up from the couch and do it. 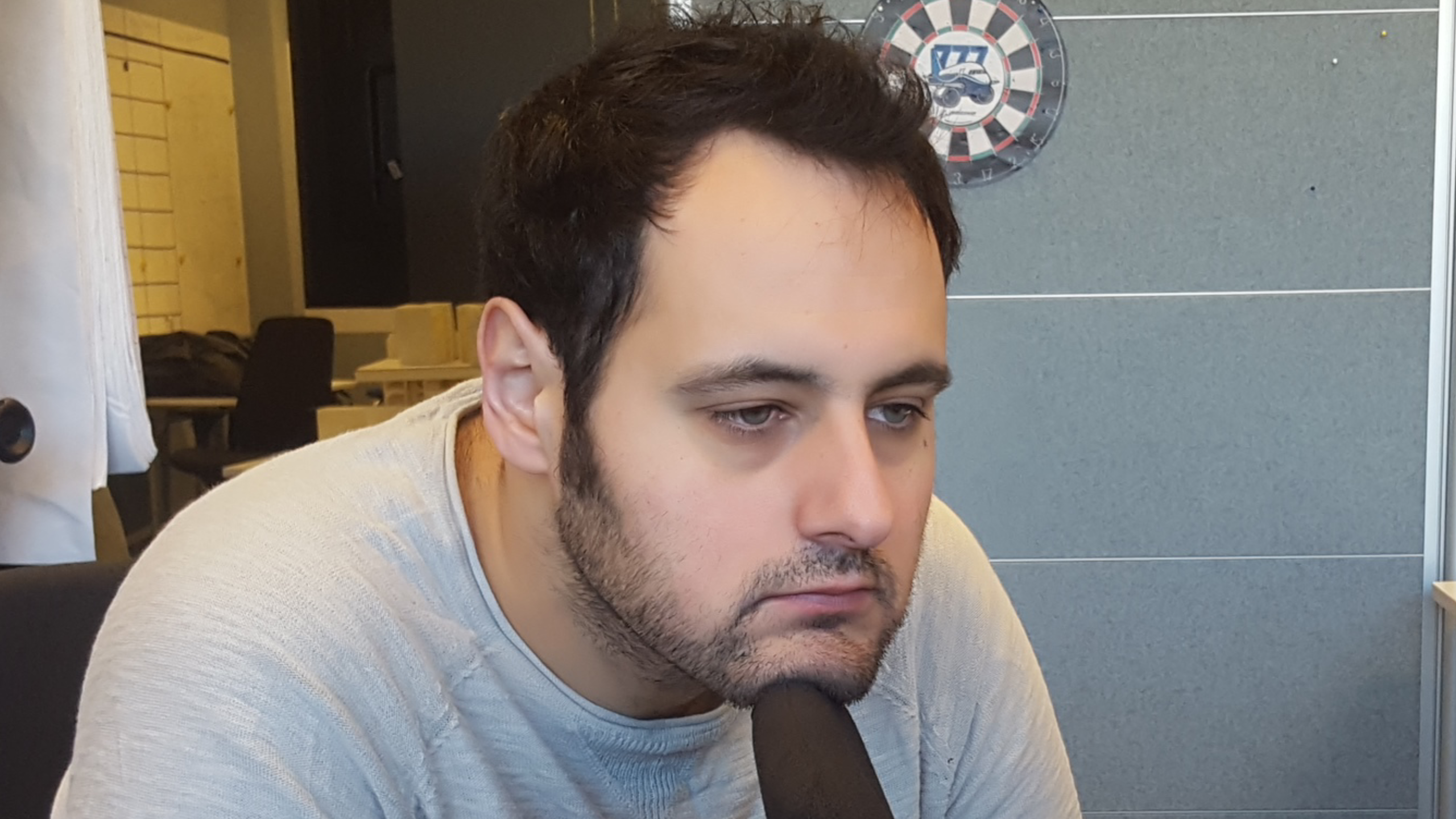 The person with this syndrome can lose their job due to inability to go to work, and is able to stop doing  any activity, however important it may be.

This state causes the person to isolate himself little by little, lose his ideals and ambitions, stop experiencing emotions or feelings completely,  and present a total indifference to what happens around him.

So that it is understood: if a person who suffers from amotivational syndrome were to win the lottery, it would be totally the same, he would not have any  capacity to experience any emotion of happiness or enthusiasm, and he would not even be happy about it.

And is that the amotivational syndrome is not synonymous with being lazy, not wanting to strive or be conformist.

The amotivational syndrome is a state in which the person is totally incapable of experiencing emotion, motivation, interest, enthusiasm and affection, which is why  indifference and inactivity predominate.

Because if we stop for a moment to think … If you have to do one thing but you do not find any reason to do it, will you do it?

Many times we do things that we do not want to do like going to work, getting to study, helping someone, etc. But even if we do not feel like  doing it, there is always a reason why we do it.

We work to earn money, we study to pass exams and we help to show our commitment or friendship, there may be no motivation or  motivation … But there is always a reason.

Now we know what the amotivational syndrome is, let’s look a little more in detail at all the symptoms that a person with this problem is experiencing or experiencing  .

The person with amotivational syndrome becomes totally passive with respect to all the stimuli around him.

He has trouble focusing and paying attention to things, acting actively and doing any kind of task.

The apathy is a state of selflessness in which there is a total lack of motivation.

Thus, the person with this type of alteration, is not that he is simply passive towards the stimuli around him, but that he has no interest  in them.

The two previous symptoms cause the person to adopt a state of conformism regarding everything.

So, whatever you tell him will not seem good or bad, he will just give everything the same.

In the same way, this state of conformity and disinterest will cause the person to isolate himself from everything irremediably.

He will not be interested in anything or anyone, so he will be separated from everything and will not get involved or participate in anything.

Adopt an attitude that will be characterized by focusing on your internal processes, your thoughts and your inner world.

It will not concentrate on the things or thoughts of others, nor on activities, events or external stimuli.

These will stop making sense, because as with everything, you will not find any kind of motivation in them.

Likewise, he will be totally incapable of experiencing emotions and feelings towards anything and towards anyone.

As we have said before, if a person with this problem touched the lottery or gave him very good news, he would not flinch.

It will present a state of mind marked by absolute indifference.

He will never bow for one thing or the other, neither for the good nor for the bad.

You will feel most of the time sad and depressed, but you will not know how to feel that way.

The fact that he likes nothing, nothing motivates him and nothing interests him will make him feel sad without knowing how to identify the reason.

In the same way, you will not feel affection for anyone or you will have many difficulties to do so.

The inability to experience emotions and feelings that the person with amotivational syndrome has does not make any sense for her either  .

Nothing will motivate you enough to do it and personal care is no exception.

You will not find any reason to clean up, take care of yourself or groom yourself, so you will not do it if you do not insist too much.

During the amotivational syndrome it will be related or communicated with other people, since you will not feel like doing it.

This will gradually lose the social skills he had previously, and each time it costs more to relate to others.

13. Inhibition or decrease of the sexual impulse

Neither will he have an interest in sexual relations or his own sexuality.

Therefore, your sex drive will decrease, until you can become totally inhibited and unable to have sex.

14. Inability to develop plans for the future

Your status will also make you have no interest or concern about your own future or that of others.

He will not be able to develop plans or project what his life will look like in the future.

The amotivational syndrome also produces cognitive alterations (referring to our ability to think and process information).

Of all of them, the most noticeable is the decrease in attention, since the person with this syndrome will have difficulty focusing on the stimuli  around him (mainly because he has no interest in them).

In the same way you will have enormous difficulties to concentrate and keep your attention on anything.

Its calculation capacity will also be impoverished and its operation will be slower than usual.

Since you are indifferent to most things, you will have difficulty judging or interpreting things as good or bad, including your  own actions.

Likewise, in the amotivational syndrome, psych0m0tor alterations are observed, mainly related to reflexes, which are slower.

Finally, in the person with this problem will be connotará a greater generalized slowness of all his movements.

Characteristics of a person with amotivational syndrome

María is a 39 year old woman, married and with a 7 year old daughter. The three live in a humble neighborhood of Barcelona.

Consume Marijuana habitually since age 15, and although he tried to quit when he became pregnant, he never has.

She is currently feeling much more tired than usual, with difficulties in falling asleep but with many problems getting out of bed.

He never wants to do things, he finds no motivation in anything and even the things he used to do now he finds boring.

He worked as an administrator in a multinational food products company but 3 months ago he lost his job.

She feels guilty for having been dismissed because they terminated her employment contract for missing her job on a recurring basis, since as  she says, she was totally unable to get up in the morning to go to work.

Currently, the only activity she does is to go and look for her daughter at school, because despite having financial difficulties, she has hired a  woman to do the housework.

She spends all day sitting in the armchair of her house watching television or reading a book occasionally.

This situation has caused him serious problems with his partner, with whom he claims to have a marital crisis, as well as with his parents, who do not  understand his current situation.

She says she feels deeply sad and discouraged without being able to identify a motive. Two weeks ago she has stopped smoking Marijuana forced by her husband.–

This case that I just narrated, would be a clear example of amotivational syndrome, that is:

When a person loses the desire for anything, has no motivation for absolutely nothing and is unable to do anything other than being passive, quiet  and without performing any activity.

It may sound weird that a person can suddenly reach this state, but this syndrome is more frequent than you can imagine, especially  among those people who consume Marihuan a.

Is it the same as a depression?

With what you have read so far, perhaps a question is coming to your mind … Does the person with amotivational syndrome have a depression?

The truth is that many of the symptoms are practically identical to those that a depressive person can experience, but no, the amotivational syndrome  is not a depression!

The main difference between both is in the consciousness that the person has about his state.

A person with depression is fully aware that he has a depressed state and knows what his thoughts are that make him sad.

However, a person with amotivational syndrome is not fully aware of his condition and can not identify why he feels this way, so he  will hardly seek help.

And is that most cases of amotivational syndrome that have been registered are users of Marijuana.

It seems that the effect that Marijuana has on the frontal parts of our brain involved in functions such as social behavior, motivation  or reasoning capacity, is the main cause of amotivational syndrome.

However, there are professionals who believe that this syndrome responds to a personality type prior to the consumption of m@rijuana, so that the fact of  consuming the drug would not be the cause, but a symptom that there is some alteration in the form of be of the person

Thus, although the relationship between the use of Marijuana and Amotivational Syndrome is clear, it has not been fully demonstrated that this problem  is directly caused by Cannabis.

The first goal of treatment should be the abandonment of drug use, because if you have amotivational syndrome and consume m@rijuana or some similar psychiatric  drug, you will hardly reverse the situation.

In addition to focusing on overcoming addiction, the amotivational syndrome itself can also be tatar, since many times this persists despite having  stopped consuming.

The treatment of first choice should be the SSRIs ( antidepressants ) along with cognitive behavioral therapy, to encourage the patient to resume  daily activities, improve relationships with family members and work on the thinking style that leads to inactivity.