The Entomophobia is an anxiety disorder characterized by experiencing extreme fear when the person is exposed to any kind of insect.

Depending on each case, the entomophobia can be a disease more or less disabling and deteriorating for the person who suffers.

However, the anxiety produced by this alteration is extremely unpleasant and harmful to the individual.

In this article we will explain the characteristics and symptoms of this disorder, review its possible causes and postulate the treatments that must be performed to eradicate entomophobia. 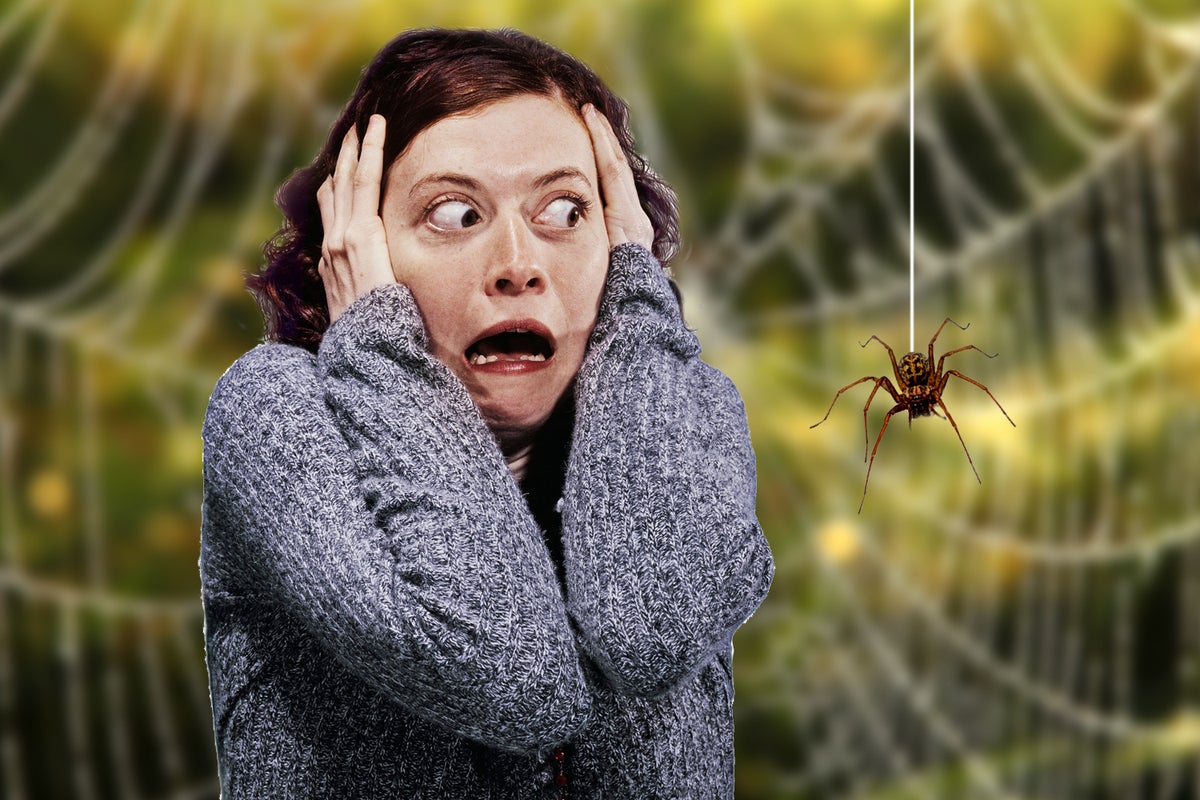 Entomophobia is a specific type of phobia and, therefore, is part of anxiety disorders.

This means that this disease makes a mental disorder or a psychopathology.

It is often complicated to associate fears or phobias to insects or other stimuli to a mental illness, since this is usually interpreted with different characteristics such as those of schizophrenia or depression.

However, when we speak of entomophobia we are not referring to a normal fear response.

The fear experienced by people who suffer entomophobia when exposed to an insect is totally disproportionate, irrational and intense, and involves a series of negative consequences.

So, the first step that we have to be clear about to understand the entomophobia is that this is an alteration of anxiety that differs from the normal reactions of fear and that requires to be treated adequately in order to be overcome.

It is a non-adaptive fear

The fear experienced by people suffering from entomophobia differs from normal fear reactions.

In fact, fear is a very common reaction for humans and also deals with an experience that has an important adaptive value for the survival of the species.

Fear, along with other emotions such as anger, has an important preventive value in the face of the damage that the individual may suffer.

For example, if we go down the street and perceive a person who wants to attack us, our body will react with a response of fear, which will allow to start the necessary processes to flee or defend themselves.

The fear produced by entomophobia, on the other hand, can not be encompassed within this type of responses considered normal or adaptive.

How is fear of entomophobia?

Normally, when we speak of adaptive fear, we refer to a set of sensations that are set in motion as a normal response to real dangers.

However, when these sensations are experienced in situations that do not pose a real threat, we are faced with a fear that is no longer adaptive.

The term “phobia” is used to describe this type of undesirable and non-adaptive fear reactions.

Since a phobia is a special form of fear, one of the most obvious diagnostic difficulties with which we find ourselves has to do with establishing the boundaries between adaptive fear and phobic fear.

In this way, in order to correctly delimit the entomophobia, the individual suffering from this disorder must experience a fear with the following characteristics whenever he is in contact (or thinks he may be) with an insect.

The fear experienced by an entomophobic when exposed to an insect is totally disproportionate to the demands of the situation.

This means that the sensation of panic produced by the presence of the insect is not consistent with the real danger to which the individual is exposed.

In fact, the most common is that the insects produce sensations and responses of panic and total anxiety, when in fact the animal in question is not causing any type of threat to the person.

The previous point explains a good part of the characteristics of phobic fear, but does not explain the presence of entomophobia.

In order to specify that an individual suffers from this anxiety disorder, the fear experienced must also be irrational.

This means that the entomophobic is not able to explain or reason so much the sensations as the emotions and fearful thoughts that he suffers when exposed to an insect.

The person with entomophobia is aware that their fear is disproportionate and maladaptive, but fails to explain why insects immediately produce this type of fear.

In the same way that the individual can not explain or understand the fear caused by insects, he is not able to control it either.

In fact, many people with entomophobia try to control or reduce their anxiety when exposed to an insect, but are unable to do so.

The control of sensations and emotions of fear when the individual is exposed to their phobic stimuli constitutes one of the main bases of the psychological treatment of this type of alterations.

The fear caused by insects is so high and uncontrollable that the person suffering from entomophobia will try to avoid by all means the appearance of the feared stimulus.

In this way, the entomophobic can perform a large number of behaviors with the aim of preventing both the appearance of insects and the flight of them when they appear.

The majority of psychological currents coincide in affirming that the avoidance of insects allows the person with entomophobia to avoid their response of fear and anxiety, but at the same time it is the main factor that maintains the alteration.

Thus, most psychological treatments for entomophobia are based on exposing the subject to the insects without being able to escape, with the aim that the person develops skills to manage their reaction of fear and anxiety when they have insects near them.

Entomophobia is a mental disorder and, therefore, the anxiety disorder and fear experienced in the presence of insects persists over time.

The fear of insects that meets the 4 previous points but that only appears during a certain stage of life does not produce an entomophobia.

The fear of entomophobia is not extinguished without proper psychological treatment, so it can be considered a chronic disorder if it is not intervened.

Obviously, as we have been emphasizing, the fear experienced in entomophobia is maladaptive.

This means that the set of physical and mental reactions that start the feeling of fear do not allow the individual to adapt better to the environment, but rather the opposite.

During childhood or adolescence, children may be more likely to experience feelings of fear when faced with different stimuli, including insects.

However, entomophobia is not specific to a certain phase and, as we have said previously, it persists over time.

A person suffering from entomophobia will suffer all his life if he does not perform treatments that allow him to overcome his phobia.

So far we have seen the characteristics of fear of entomophobia, so if you have fear of insects and you can begin to define whether you have entomophobia or not.

However, entomophobia is not only characterized by the properties of its fear, but also involves a series of very varied symptoms.

In fact, fear can be interpreted as the factor that leads to the onset of the disease and, in turn, to all the symptoms it causes.

In the clinic of entomophobia we can distinguish three different planes: the physiological plane, the cognitive plane and the behavioral plane.

The physiological plane refers to all the physical symptoms that the fear that is experienced in entomophobia causes.

Before the appearance of the feared stimulus, that is, of an insect, the body sets in motion a series of physiological responses.

Thus, a person with entomophobia may experience an increase in their heart rate and respiratory rate, excessive sweating, pupillary dilation, tachycardia, muscle tension or dry mouth.

As we see, this symptomatology refers to an answer of anxiety and normal fear.

In this way, in the face of real danger, a person increases their heart and respiratory rate, increases their sweating or tension their muscles in order to prepare their body for action and to respond adequately to the danger.

Thus, these symptoms do not explain the phobic component of fear, since this is explained by the reason why all these symptoms appear when exposed to an insect that does not pose a real danger.

The cognitive plane refers to all the thoughts that appear in the mind of a person suffering from entomophobia.

These thoughts can refer both to the feared stimulus (to insects) and to the ability to cope with their appearance.

The individual with entomophobia can have catastrophic thoughts and absolute panic about these animals and believe that terribly harmful things can happen if he has an insect nearby.

Obviously, thoughts related to entomophobia are irrational and must intervene to extinguish the phobia.

Finally, as we have already mentioned, entomophobia produces a series of determined behaviors.

These behaviors are manifested only when insects occur or are thought to appear, and are intended primarily to avoid them.

Thus, a person suffering from this anxiety disorder can adopt a series of behaviors or behaviors that aim to avoid at all costs being in contact with an insect.

Like the rest of phobias, nowadays it is sustained that this disease does not have a single cause and that there are different factors that can stimulate its appearance.

Direct entitlement, vicar conditioning and genetic factors are the main causes of entomophobia.

With regard to direct conditioning, it is argued that early experiences with insects that are unpleasant, can motivate the association between these animals and fear.

Another theory is that the visualization of images or aversive situations of insects can also play an important role for the appearance of entomophobia.

However, this type of associations do not appear in all cases of the disease, so a possible presence of genetic factors that make the person more susceptible to develop this type of alterations is postulated.

The most positive aspect of entomophobia is that it can be treated and overcome if the appropriate interventions are carried out.

However, often, people with this problem can fall into the error of not seeking professional help since insects do not have to configure an item that appears very frequently, and can interfere relatively little in the day to day.

The treatment of choice for entomophobia is psychotherapy, which can remit the disease with relative ease and be highly beneficial for the individual suffering from this disorder.

Within psychotherapy, the one that has shown greater utility presenting remarkably high efficiency indices for this type of problem is the cognitive behavioral treatment.

In this treatment, the patient is exposed to his feared stimulus with the objective of getting used to the insects and realizing that nothing happens if he is close to them.

Subsequently, relaxation techniques are incorporated to help manage the anxiety caused by insects and, in some cases, cognitive techniques are applied to modify the phobic and irrational thoughts about these animals.