The drug or pill Superman is a new drug whose pharmacological composition is very similar to ecstasy, and its effects are similar. It is another of the synthetic substances of new appearance that has recently emerged on the streets of different countries in Europe and America.

It is estimated that the potential of the drug Superman could be much greater than that of previously designed stimulant drugs. In fact, the scientific community warns that, although the drug Superman can be related to ecstasy, it is a substance much more toxic and dangerous to health.

It is postulated that its addictive potential can be very high. Likewise, despite not being a drug fully established in society, its consumption shows a growing trend during the last months and years.

The drug Superman is incorporated into the group of new synthetic substances. The constant appearance of different drugs in recent years poses a high threat to society and increases the danger of drug addiction among the population. 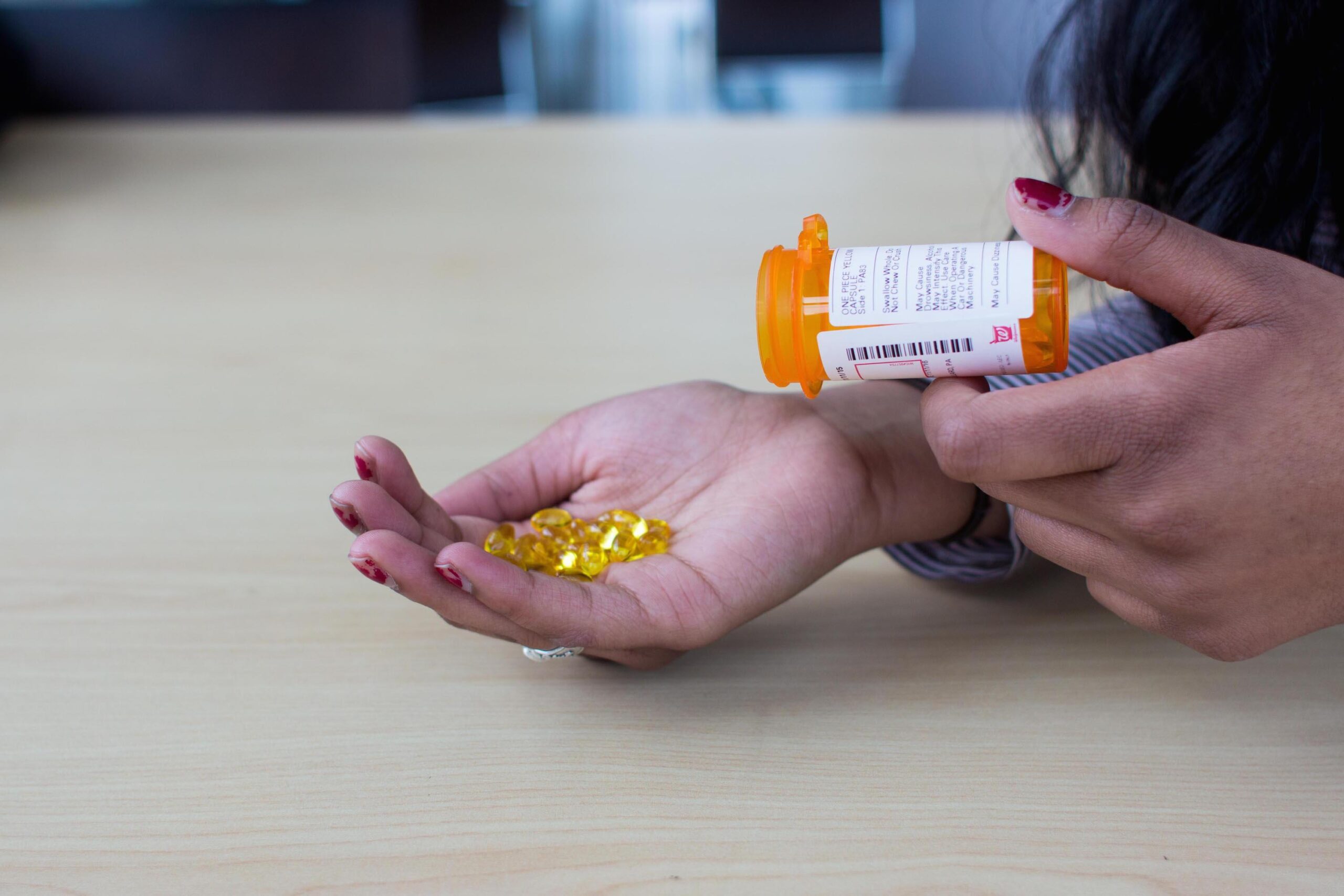 The objective of this article is to expose the characteristics of the Superman drug. Explain the effects and consequences of its use, and review the current literature about its pharmacological properties.

Characteristics of the drug Superman

The drug Superman is one of the substances that more social alarm has uncovered during the last months. In fact, the appearance of this drug, together with other new synthetic narcotics, constitutes a clear threat to society.

It is postulated that it can be much more toxic and harmful than the “hard” drugs currently consumed in Europe and the United States, such as cocaine, methamphetamine or even her0in.

It consists of a synthetic drug from the family of amphetamines and methamphetamines. It is also known as “superhero drug”.

Its pharmacological base is characterized by combining two different stimulants. Specifically, ecstasy and methamphetamine are combined in its composition.

This fact makes it possible to obtain a stimulant drug that is much more powerful than the others, so that both its harmful effects and its capacity for addiction are extremely high.

For all this, the drug Superman is considered today, despite the absence of firm data about its characteristics, as one of the most dangerous and potentially deadly substances in the world.

One of the main current threats that the drug Superman presents is the limited knowledge about its characteristics.

The substance has recently appeared so, unlike other “older” drugs, there have not yet been @nalyzes and investigations that allow to delimit the properties of this drug.

In addition, the drug Superman is camouflaged between ecstasy and methamphetamine, two substances notably consumed in different countries of Europe and America.

In this way, the drug Superman is marketed under the association with known stimulants, without highlighting its greater toxicity and dangerousness.

This fact is undoubtedly a good way of entry of this substance in the drug market, since it allows the consumer to define in a general way the effects that he will experience when he uses it.

However, the drug Superman is an easy to identify substance, mainly because it is marketed through a pill that, as the name suggests, has the typical “S” on the outside.

Thus, it can be differentiated from other stimulant pills through its own appearance. This element could be important in preventing the massive consumption of the substance in society.

Effects of the drug Superman

The name of the drug Superman not only refers to the shape of the pill, but also to the main effect that produces its consumption.

Its consumption provokes elevated sensations of euphoria, well-being, disinhibition and increase of the desire to speak, relate and socialize with others.

On the other hand, it can also cause other symptoms such as seizures, insomnia, aggressive behavior, and increased muscle strength and sexual potency.

It is postulated that these effects would be similar to those of other stimulant drugs such as cocaine or methamphetamines, but much more powerful and marked.

Likewise, it is characterized by easily inducing visual and auditory hallucinations, and delusional thoughts, for which it constitutes a substance that can develop psychotic outbreaks in the consumer.

The effects of the drug appear during the 30-40 minutes after its consumption, and the intake of a single pill is more than enough to cause a highly intense brain stimulation.

This fact is an added risk factor for the substance. The drug Superman takes longer to take effect than the other stimulating substances, so the individual can choose to consume several pills during that period of time.

Thus, this drug is a substance that causes a highly elevated and uncontrolled stimulation on brain function. Likewise, its consumption causes high gratifying sensations and the adoption of a highly excited state.

Addictive potential of the drug Superman

Stimulant drugs are inherently highly addictive substances. These drugs act directly in the pleasure and reward systems of the brain, modifying the rewarding processes of the consumer.

This fact explains the effect of well-being and pleasure caused by the consumption of the substance. When the individual ingests the pill, he experiences sensations much more gratifying than those he can have without the use of the drug.

Likewise, stimulant drugs are characterized by acting directly on the dopamine receptors. This neurotransmitter is one of the substances most involved with pleasure and addiction.

However, it is postulated that in the same way that the stimulating potential of the Superman drug is superior to that of other stimulating substances, its addictive potential must also be higher.

The release of dopamine that causes the consumption of this substance is very high, even more than that caused by highly addictive drugs such as, for example, cocaine.

The greater release of dopamine and, therefore, the greater cerebral excitement that causes the drug Superman, would explain that both its effects and its addictive potential is superior to that of other stimulating substances.

The drug Superman causes symptoms of euphoria, well-being and excitement. Likewise, it generates addictive processes in the person who consumes it. However, these are not the most alarming elements of the substance.

Its high toxicity makes the consumption of this substance highly dangerous and entails a large number of harmful consequences for the body.

In this sense, the ingestion of the drug usually causes cardiological complications such as arrhythmias or heart attacks. Likewise, it can cause acute renal failure and respiratory depression.

Finally, one of the highest risks of the drug Superman is the increase in temperature that usually causes its consumption.

After the ingestion of the pill, the corporal temperature increases of remarkable form, which can reach the 40 or 41 degrees centigrade. This effect can be exacerbated in the event that consumers are in closed spaces such as nightclubs or other entertainment venues.

In addition, this increase in temperature is negatively feedback with the feelings of energy and excitement that the person experiences.

The consumer feels much more energized and hyperactive than normal, a fact that causes him to adopt intense and impulsive exercises. This factor can contribute even more to the increase in body temperature and mass the risk of death of the person.

The drug Superman is mainly composed of Para-methoxymethamphetamine (PMMA). Likewise, it contains amphetamine and calcium sulfate. The molecular composition is practically identical to that of methamphetamines.

However, his performance in the brain is different. The electron density of the drug’s interaction causes molecules of the substance to stick to the membranes of neurons in the brain.

This fact causes that the neuronal structures have more difficulties to “drop” the drug inside, so taking more than one pill causes cumulative effects.

This means that ingesting several pills of this drug can disconnect the mechanisms of involuntary contraction of the neurons. The drug sticks in them and does not go back, so it can short circuit easily.

This characteristics of the drug Superman exposes the main differences with methamphetamines. MDMA is eliminated with relative ease and its effect is shorter. In contrast, the drug Superman remains much longer in the brain regions, modifying its functioning.

On the other hand, this factor also explains the deadly potential of the drug Superman. The consumption of several pills of this substance disconnects certain brain mechanisms that lead to cardiac arrest.

Research indicates that this substance has its origin in northern European countries. Belgium and the Netherlands seem to be the regions where the Superman drug was first designed and marketed.

However, the first detected cases of consumption of the drug were made in the United Kingdom, where four young people between 20 and 30 years died after the intake of these pills.

It is stipulated that Superman drug appeared between the end of 2014 and the beginning of 2015. In Spain, the first data recorded about this substance occurred during the month of August 2015.

During the following months, its consumption spread to different countries in Europe, in the United States and in some regions of South America, such as Argentina or Chile.

Although there is no conclusive data about the number of people who use Superman, it is estimated that it is in a clear boom.

In this way, despite the fact that the use of the substance is not established in any region, more and more cases are detected of death due to the ingestion of the drug.

The legal status of the drug Superman has been regularized in Europe since 2002. In fact, PMMA is an illegal psychoactive substance, whose trade is not allowed throughout the territory of the European Union.

Thus, having a pharmacological composition very similar to other stimulating substances of previous appearance, this drug does not present conflicts of legislation observed in other “new drugs”.

Both MDMA and Ecstasy (the main compounds of the drug Superman) are well identified and legally regulated.

However, the rise of trade and consumption of this drug in different parts of Europe has caused several countries in the old continent have raised the alarm to warn of its high toxicity.

The use of the Superman drug has extremely high mortality rates, a fact that motivates a need for action and prevention of this substance.

Likewise, in 2015 the Chilean population was also alerted, since the country’s Anti-Narcotics Brigade detected and seized almost 5,000 doses of PMMA from Manises and Valencia.

As regards Spain, the use and trade of the drug Superman is, today, a residual according to the authorities. The indecency of this substance in Spanish territory is minimal and the drug has not yet generated any kind of social alert.

However, some cases of death caused by the consumption of this substance have already been connoted. In this way, despite the fact that the National Police says that the manufacture of synthetic drugs is minimal in Spain, the drug is already on the streets of different cities.

Especially, the Autonomous Communities of Madrid, the Basque Country and Catalonia seem to be the most vulnerable to the Superman Drug, since they are the territories where a greater presence of this type of substances among the population has been connoted.