The conflicts / family conflicts are very common and have particular characteristics, and that is situations with a high emotional content. On the other hand, the relationship between the parties is maintained over a long period of time.

Conflict is a situation in which two or more parties are perceived or expressed as incompatible. They can arise in different areas of our daily life in a habitual way and if they are handled in the right way they can become positive to bring about changes and new ways of relating.

In addition they generate a high degree of discomfort, because the person is not only affected by his pain, but by the damage that can feel the other person, for which he feels a deep appreciation. 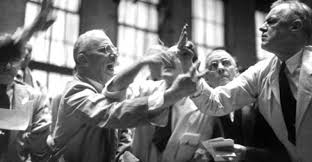 In the year 1973 Deaths makes a classification of the conflicts according to the qualities of the same ones:

Types of conflict in the family context

Due to the relationships established and the characteristics of the members that comprise them, there are different typologies of conflict in the family:

1- Conflicts in the couple

They are those that appear because of the fact that each person acts, thinks and feels differently. It is inevitable that couples appear situations of conflict or crisis, which if resolved correctly will help the personal growth and the partner.

2- Conflicts between parents and children

This type of conflict in turn we can divide it into more specific ones depending on the vital stages.

Conflicts in childhood. This stage is fundamentally characterized by the development of the person towards his autonomy. It is about learning how to do things for yourself, how you are learning what your parents do or other significant people around you. It is in this process towards the autonomy of the child that the conflict usually arises, because the parents do not know how to facilitate this autonomy, because the child has demands that do not match what parents consider appropriate, because the child advances in a direction that parents do not want, etc.

Conflicts in adolescence. This stage that is between the ages of 12 and 18 is characterized by the rapid changes that the person experiences and by a particular emotional instability. Also at this moment is when they set the main patterns of behavior and values ​​that will rule your life. In addition, the goals of adolescents are often not in accordance with the goals of the parents. Often this stage is where more conflicts and difficulties of relationship arise and also in which the generational differences are more clearly manifested.

Conflicts with adult children. This type of conflict usually arises from the different ways of deciding, organizing or living two people who are already adults and impose their rights to think and act in the way that each considers more appropriate.

The confrontations between siblings are very habitual and natural. They usually last a short time and they end up solving for themselves, without the intervention of the parents. This is very important because it serves as teaching to resolve conflicts in adult life with other people without the need for a third party to intervene.

4- Conflicts with the elderly

This stage can be especially conflicting in the family environment because the person who enters the elderly lives a series of very significant changes. At the biological level, although the individual is well, some aspects deteriorate, the body grows older, they are slower in their movements, they lose vision and / or hearing, they suffer memory loss, they have less strength, etc.

At the social level, a series of critical events such as retirement, the birth of the grandchildren, the loss of loved ones like the spouse or siblings, and so on.

All these events can be lived very dramatically if the person does not face them with the right attitude and contribute to the emergence of conflicts with other family members.

The main thing is to understand conflict as an opportunity to grow, to find new ways and plans of communication.

It is advisable to be able to solve the problems that arise within the family, without having to seek the help of third parties, because this will teach us strategies to solve problems in other areas and will prevent the relationship from deteriorating.

Also Read: What is aggressiveness?

Some of the strategies that we can put in place to solve the problems are:

2- Care the way you talk and express yourself.

As we have seen in the section on couple conflicts, when we are angry we do not usually express our discomfort in the most appropriate way. It is about replacing the reproaches with which we blame the other part of what happens by the expression of what we feel or what hurts us of the situation.

It is about explaining what we want without harming the other person. In addition to avoiding the deterioration of the relationship will help us to find a solution to the problem. It is also important not only to express what is bothering us, but rather to propose alternatives or solutions to the problem.

3 – Allow the participation of all parties involved in the discussion

Equally important is that we express what causes us discomfort, as the other person does. It is very common for family discussions to take the floor off each other.

With this we are prioritizing what we mean, instead of listening to what others want to convey, but both are necessary.

Even if we are in conflict with relatives, they are still people we love and value and it is important to let them know. In many occasions expressing affection reduces the tension that the conflict produces.

Before a conflict the usual thing is to look for who wins and who loses in the dispute. But what is appropriate is to find a common point and work to solve it together. In this way all the members obtain a satisfactory solution, they look for solutions thinking in the needs and interests of all the members.

6- Look for the positive side of things

Usually in the face of a conflict we only see the negative of the situation and even the negative thing that the other person does or says, arriving in many cases to imagine or to guess what the other thinks, putting us in a loop of negativity that only serves us to feel us still worse and hamper the agreement.

Instead of focusing on these negative aspects we can take advantage of the positive aspects of the conflict, see it as an opportunity to talk, to know the other’s point of view, to get to know us better. It is not a matter of denying the conflict, but of using it to advance, to make the most of the situation.

It is often advisable to postpone a discussion. This does not mean avoiding it or leaving it in oblivion, but looking for a moment in which the emotional charge is less and we feel calmer to control the negative emotions that arise in those moments before the conflict.

It will allow us to express more adequately what we want to transmit and to listen to the other in a more receptive way. It may also be convenient to look for a place where the two people feel at ease in order to be able to talk.

When the conflict goes one step further and the parties involved need the action of a third party to solve them can be managed through different resources: