The medications for stress managment increasingly consume more, with the pace of life we lead one of the main reasons for making the symptomatology related to this disease, as can be tiredness, nervousness, anxiety or even depression.

We have to perform many functions and very diverse throughout the day. This occurs in the workplace and in the staff. We are probably becoming people who demand too much from ourselves and do not reward ourselves enough for how well we do it. 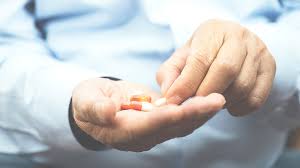 This entire burden that we accumulate ends up turning into stress. This word comes from the Greek “stringer” which means to squeeze. Stress is a physiological reaction that occurs in our bodies to deal with a situation that is perceived as threatening or a high level of demand.

When we perceive a situation as stressful, the sympathetic nervous system is activated and it initiates its mechanism of response of fight or flight. If this threat lasts longer, our body, not being prepared to maintain that level of activation, sets in motion the parasympathetic nervous system that causes homeostasis. That is, it causes the body to return to its normal activation level and to regulate the physiological conditions.

Stress is perceived as a negative emotion and has great repercussions on the physical and psychological level of the person who suffers. Each will experience stress in a different way and by a different, different circumstance. It is very important that we know how our body responds to a stressful situation to recognize the symptoms and to be able to manage it properly and on time.

The treatment used in stress situations is very varied and should be supervised by a specialist. The intervention of the psychologist is very important to support the patient in the management of their emotions.

Then we go on to look at six of the drugs that are most used to treat stress, what their benefits are and, if they exist, what side effects they can cause in our body.

The 6 most commonly used stress medications

The anxiolytics are the quintessential drugs used in the treatment of stress and anxiety. That is, the different anxiolytics control the physical symptoms associated with anxiety. The most common are tremor and sweating.

Depending on the anxiety disorder and the person, it will require a certain drug and doses of it. The mechanism of functioning of these drugs is by their depressant action in the central nervous system, acting against anxiety, but without inducing a state of sedation or sleep.

Within this group, we find barbiturates and benzodiancepins (or tranquillizers).

These drugs act as sedatives of the central nervous system and their effects range from the state of relaxation, such as mild sedation to total anesthesia.

People who consume them have to be cautious since the barbiturates exert a great power of addiction, of the physical and psychological type.

Also known as Benzodiazepines. These types of drugs are substances that induce depression of the Central Nervous System. Its action, in low doses, decreases the levels of nervous excitability and if consumed in large doses are able to induce the dream.

This type of medication contributes to the disappearance of stress for a few hours, but one of its great contraindications that does not teach the patient to handle the nerves themselves and their state of anxiety.

Benzodiazepines cause a great addiction so it is important not to abuse them and that when taken, or under the relevant medical supervision.

In the case that the patient consumes these drugs frequently, the tranquilizers produce a habituation effect in the organism and, therefore, to be able to induce the state of tranquility and to end the symptoms, it is increasingly necessary to increase the dose of these drugs.

These medications may be prescribed by medical professionals for dealing with stress and other conditions such as insomnia, as I noted in the previous section, and muscle aches.

Usually, people who have a higher level of addiction are because they use them to calm anxiety and fall asleep.

According to the CAT (Center for Therapeutic Assistance) of Barcelona, ​​within the tranquillizers, we find the Benzodiazepines and par excellence Valium. Among the effects it produces, we find the following:

– Alteration of the transmission of neurological impulses.

-Decrease the time of onset of sleep.

Among the side effects that we face in the use and also in the abuse of tranquilizers we find, among others, a series of adverse effects.

In relation to the driving and the use of heavy machinery, it is contraindicated to consume tranquilizers by the dream that can cause and, consequently, the accidents that would cause a situation like these.

Women who want to become pregnant may experience more difficulty staying in the event they consume tranquilizers.

With regard to the elderly, the Spanish Society for the Study of Anxiety and Stress (SEAS) states that the consumption of tranquilizers can reduce life expectancy by up to seven years.

Benzodiazepines work faster than antidepressants, which I will discuss below. The most well-known and used drugs of this type are the following:

Its mechanism of action is very simple; they contribute to increase the levels of serotonin in our central nervous system. In this way, it improves the mood of the people who consume it.

As a general rule, antidepressants used as an anxiety treatment are initiated in low doses and, progressively, the dose is being increased.

Depending on the type of anxiety problem, one type of anti-depressant or other will be prescribed. Among the most common are:

They are used in cases of depression, Generalized Anxiety Disorder, Obsessive Compulsive Disorder, Social Phobia, Eating Disorders and may even be used in the treatment of premature ejacul@tion.

The most well-known in this group are fluoxetine and its brand name is Prozac, sertraline, escitalopram, paroxetine and citalopram.

Between the first and fourth weeks of treatment, people who consume antidepressants inhibit serotonin reuptake, they begin to have the first side effects. The most common are nausea and vomiting, drowsiness and insomnia problems, headache, episodes of bruise (grinding of teeth), changes in appetite, diarrhea, among others.

Tricycle antidepressants prevent the reuptake of neurotransmitters serotonin and noradrenalin. In this way, they produce an increase of the levels of these in the encephalon.

The most well-known are the following: bronchodilator (dilation of the bronchi and bronchioles), cardiovascular effects, weight gain and sexual dysfunction.

People who consume these antidepressants cannot consume alcohol and other foods that contain high levels of tramline (fermented foods such as cheese, pickles, etc.) as the interaction of these inhibitors with tramline can lead to stroke.

The side effects produced by the monoamine oxidize inhibitors are similar to those of the other antidepressants mentioned above.

Known as antipsychotics. When taken in low doses, they exert anxiolytic properties. Some of them are rispedirone, olanzapine and quetiapine. They are used in generalized anxiety disorder, obsessive compulsive disorder and panic disorder.

Due to the severity of its side effects, the use of narcoleptics should be restricted to patients who have not previously responded to another drug treatment or who suffer from schizophrenia or to older people who begin with agitation-related symptoms.

They work by reducing the catecholaminergic system, thus reducing the actions of the sympathetic nervous system.

Also Read: Attacks of Anger: 12 Tips to Control Them

The most commonly used are to act as hypertensive drugs, but they are also indicated for the treatment of different anxiety disorders, including generalized anxiety disorder, panic disorder and posttraumatic stress disorder. There are several types of sympatholytic drugs:

Its action suppresses these manifestations in a secondary way, without interfering in the mechanisms of anxiety at the cerebral level. Therefore, in some anxiety pictures such as anticipatory anxiety and obsessive-compulsive disorder, it shows no efficacy.

Beta-blockers are commonly used to treat, in a symptomatic manner, the anxiety produced by the stage fright that can be experienced by artists or people who come to an opposition.

These drugs act by inhibiting the activity of the main neurotransmitter of the Central Nervous System which is GABA. Within this classification, we find several types: