Tobacco Withdrawal Syndrome the withdrawal to snuff is a series of physical, bodily and mental reactions that occur when a person suffers from addiction to a substance stops using.

The syndrome is a series of annoying manifestations that occur when the smoker stops receiving the substance to which he is addicted, i.e., nicotine.

Popularly, this syndrome is known as mono or craving, and refers to a state of discomfort produced by the absence of the desired substance. 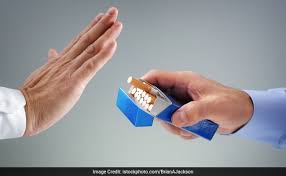 However, this syndrome does not refer only to the high desire to consume that the addict has when he does not ingest the substance to which he is addicted.

In fact, this syndrome encompasses much more than a simple desire, and makes corporal modifications and of both physical and psychological functioning.

However, not all substances produce the same type of syndrome, because depending on the addictive potential of each drug and the brain mechanisms that alter its consumption, the symptoms that may appear will be one or the other.

Why does abstinence syndrome occur?

The withdrawal syndrome appears in response to the suppression of the consumption of a substance to which one is addicted.

This fact is mainly explained by the modifications that the different drugs make on the functioning of the brain.

When drugs enter the brain, they begin to modify the functioning of these neuronal chemicals. That is to say, external chemical substances that begins to function in a similar way as the endogenous ones.

At first, these substances of the brain interpret them as external, so that often, before the first consumptions, the drug can sit up bad or realize unpleasant effects.

This is explained by the fact that the brain has a certain functioning, to which it is accustomed, reason why when they arrive substances that modify its operation it resists to those changes.

However, when addictive substances begin to be consumed and reach the brain on a regular basis, this is accustomed to the presence of such substances.

Thus, little by little, the brain ceases to function through its initial mechanisms and incorporates the consumption of the drug as a fundamental part of its functioning.

When does abstinence syndrome occur?

Abstinence syndrome occurs at times when the drug is no longer consumed.

However, not all drugs have to produce abstinence syndrome, nor do they all produce the same form.

Also, there are drugs that can produce abstinence syndrome with relative ease and others that do not.

In general, regular, prolonged, and repeated use of the substance is required, so that when the body stops consuming, the body responds through a series of withdrawal symptoms.

Likewise, it is required that the drug being consumed alters the brain regions that are responsible for providing the sensations of reward, pleasure or satisfaction. That is, the drug is required to contain addictive components.

In fact, addictive drugs (and that can create withdrawal syndrome) are characterized as substances that modify the reward systems of the brain.

These reward systems are those that are responsible for generating feelings of pleasure or satisfaction when we expose ourselves to pleasant situations or actions.

In this way, the consumption of the drug immediately produces a sensation of gratification without the need to have experienced any event that gives us pleasure, since the substance itself allows us to obtain reward and gratification.

Likewise, it is required that the consumption of this drug that alters the reward systems be regular and prolonged over time.

The brain will begin to function “normally” only when the addictive substance is present within it, since it will have become “accustomed” to working through internal (brain) and external (drug) substances.

That is, when the functioning of a brain region is highly modified by a drug, at the time it ceases to be consumed, the body will reclaim it to function in the way it is accustomed to do.

Tobacco is considered a “soft” drug, so very often the risks of the use of this substance are not assumed.

In fact, tobacco is considered a soft drug because although it can be harmful to the body, the psychoactive substances in this drug make few modifications at the brain level.

While the consumption of cannabis, cocaine or amphetamines can lead to greater brain disturbance, a clear mental deterioration and the appearance of dangerous behavioral or perceptual symptoms, tobacco does not.

In fact, it has been shown that smoking does not produce especially harmful effects on mental functioning and does not impair brain regions.

But eye, the psychoactive substance of tobacco, nicotine, does perform an important action on the brain: it acts on the reward and gratification system.

If you are a smoker, you probably did not need to read these paragraphs to be aware that tobacco contains an important addictive power.

The longer the use of tobacco, the greater the amounts consumed, since the brain will need more doses to receive the same gratifying effects.

How is tobacco withdrawal syndrome?

Nicotine addiction can itself lead to withdrawal symptoms when you stop using the substance.

Also, the greater the smoking rate, the more likely it is that there will be a withdrawal syndrome when quitting.

Not all smokers experience this withdrawal syndrome when they stop using nicotine. However, in those people who have consumed high amounts for years it is very likely to appear.

In this sense, a study by Lara Gabriela and his colleagues identified how the withdrawal syndrome occurs in a significant percentage of smokers who stop using tobacco.

In fact, in this study it was documented that more than 50% of smokers had a series of symptoms related to tobacco withdrawal syndrome and 25% presented severe and elevated symptomatology when they stopped using nicotine.

However, tobacco withdrawal syndrome is not unique symptoms, and not all smokers who stop using nicotine have the same manifestations.

A large number of variations can be observed regarding the intensity and the impact of the symptoms, so that the individual differences can be multiple.

On the other hand, although tobacco abstinence syndrome is often frequent and can be severe, it is considered to be of lesser intensity compared to other drugs of abuse.

Symptoms that can lead to tobacco withdrawal syndrome are very varied, however, there seem to be some that are more prototypical and may occur in most cases.

In this sense, several studies have shown how the symptoms most related to smoking cessation and dependence on nicotine are the presence of cravings, anxiety, depression and diaphoresis.

On the other hand, physical symptoms such as sweating and tension are often very common in smoking cessation syndrome.

Other psychological symptoms that may appear are irritability (appears in 61% of cases), insomnia (46%), and difficulties concentrating (38%).

With regard to other physical symptoms that may appear when smoking is stopped, a large number of distinct alterations have been observed.

Among all of them, gastrointestinal discomfort, dizziness, headache and palpitations may occur in more than 30% of cases.

Other alterations such as palpitations, tremor, tingling or urticaria are usually less frequent but may also appear.

What is the impact of smoking cessation syndrome?

It should be noted that the symptoms that occur in the smoking cessation syndrome are temporary.

That is, they appear in some cases of smokers when they stop smoking, however, they disappear if the person manages to remain without consuming tobacco during an extended period of time.

Also, the symptoms of withdrawal syndrome are usually higher at the beginning of smoking cessation and are usually disappearing as time goes by without consuming.

If you have stopped smoking and you begin to experience some of the symptoms mentioned above, you have to keep in mind that these appear in response to nicotine withdrawal but will disappear if you continue without consuming.

Just as you accustomed your brain to function “normally” through tobacco use, you now have to “reacostumbrate” it to work without the presence of nicotine.

However, the impact of the withdrawal syndrome is clear, making the quitting process difficult.

Thus, when a person is quitting smoking and experiencing unpleasant symptoms, the first choice to stop the discomfort withdrawal syndrome is to re-consume.

These symptoms can cause a large number of relapses in consumption. The discomfort will disappear sooner if consumed than if the brain is expected to get used to working without nicotine.

As we have seen, the main tool that a smoker has to eliminate abstinence syndrome is to persist without consuming tobacco.

If you find that giving up smoking is becoming too complicated, you can go to a psychotherapist.

However, these techniques help not to relapse and persist without consuming, but they do not relieve the withdrawal symptoms, because they will only disappear as you become accustomed to working without smoking.

Also Read: Smart drugs (no tropics): everything you need to know

If during the process of quitting smoking the symptoms of withdrawal syndrome become unbearable, you can opt for other options.

First, there are nicotine replacement products that can alleviate the withdrawal syndrome.

Those that have been approved by the United States Food and Drug Administration are: the nicotine patch, nicotine chewing gum, nicotine lozenges, nicotine nasal spray and nicotine inhaler.

In case these products do not work either you can go to the doctor. A doctor may prescribe medications that do not contain nicotine but which may help to overcome withdrawal symptoms such as bupropion or varencicline. 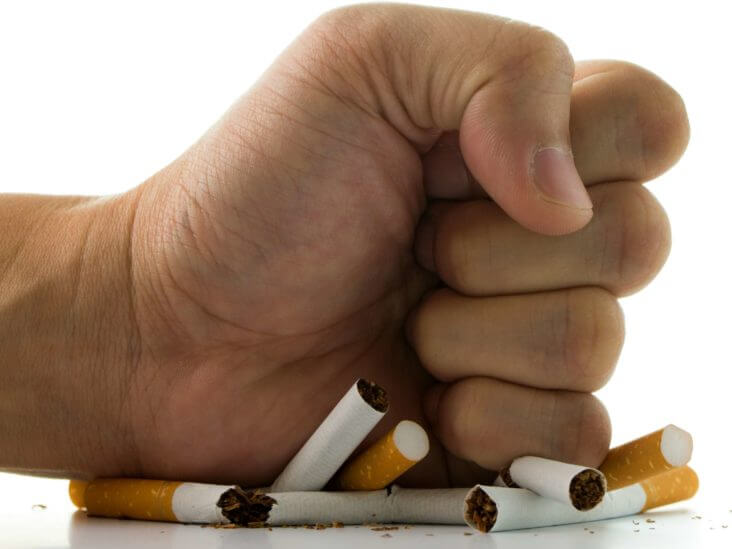