The fragile X syndrome (FXS) is one of the most common forms of hereditary intellectual disability (Glover Lopez, 2006).

At the genetic level, it is a pathology linked to the X chromosome, which is why it is more frequently affected by the male sex. Specifically, Fragile X  syndrome is due to a mutation of the FMR1 gene (Robles-Bello and Sánchez-Teruel, 2013).

At a clinical level, the most characteristic finding of fragile X syndrome is the presence of variable or moderate intellectual disability or retardation  (Molina, Pié Juste and Ramos Fuentes, 2010).

Accompanied, in addition, the development of some characteristic physical signs, such as elongated face,  large external auditory pavilions or strabismus, among others (del Barrio del Campo, Zubizarreta and Buesas Casaus, 2016).

In addition, as part of its clinical course, it is possible to observe other types of alterations related to musculoskeletal, neurological, cognitive and behavioral manifestations  (del Barrio del Campo, Zubizarreta and Buesas Casaus, 2016).

In terms of diagnosis, it is usually performed based on clinical findings (physical and neurological examination) together with the presence of a family history  compatible with the condition of fragile X syndrome or a positive genetic study (Robles-Bello and Sánchez-Teruel, 2013 ).

Currently, as in other diseases of genetic origin, a cure has not yet been identified. Although the therapeutic measures are oriented to the  treatment and compensation of the underlying deficits, there are some experimental approaches based on protein compensation.

The first descriptions of the traits related to this syndrome go back to 1943, in the clinical reports of Martín and Bell. In them, there  were 11 cases within the same family, all characterized by the presence of mental retardation and some abnormal physical features. In this  way, an inheritance linked to the X chromosome was suggested (Glover López, 2006).

In its initial moments, this medical condition was baptized with the name of Martin-Bell syndrome, in honor of its authors (Martin and Bell, 1943, Glover López, 2006).

It was not until 1969, when Lubs showed the real existence of a significant correlation between the clinical characteristics of this pathology and a  genetic alteration associated with a “fragility” of the X chromosome, in the location q27.3 (Ferrando-Lucas, Banús Gómez y López Pérez, 2003).

In addition, in 1991, Verker and his team managed to identify the specific genetic defect underlying the alteration of the X chromosome,  consisting of a mutation of the FMR1 gene (Ferrando-Lucas, Banús Gómez and López Pérez, 2003).

On the other hand, in 1993 the molecular pattern of this pathology, an alteration of the FMRP protein encoded by the FMR1 gene, was precisely identified. Specifically, its scarce production and / or absence leads to the development of the clinical picture characteristic of the fragile X syndrome (del Barrio del Campo,  Zubizarreta and Buesas Casaus, 2016).

Thus, the alterations related to this genetic pattern are associated with a serious multisystem affectation, in a large part of the affected people.

Although mental retardation is one of the cardinal clinical findings in fragile X syndrome, its clinical course is associated with a wide  variety of medical conditions, so functional independence and quality of life of these people is usually found seriously deteriorated.

However, the life expectancy of people suffering from fragile X syndrome is usually not different from that of the general population, as they do not  develop life-threatening medical problems or complications (National Fragile X Foundation, 2016). 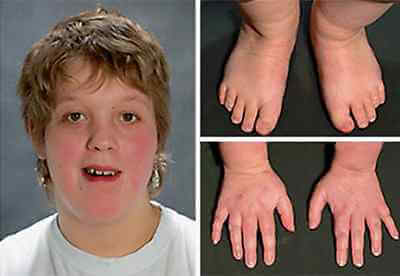 Fragile X syndrome is considered one of the most common disorders of mental retardation of genetic origin (National Institute of Child  Health and Human Development, 2013), placing the second after Down syndrome.

Although this pathology can affect both sexes, as a consequence of its genetic pattern, it is much more prevalent in men than  in women (Center for Disease Control and Prevention, 2015).

Although the number of people suffering from this disease is not known, different studies and institutions estimate that around 1 male child  per 5,000 births suffer from the fragile X syndrome (Center for Disease Control and Prevention, 2015).

On the other hand, regarding the prevalence in females, it is estimated that, for every 4,000 births, a case of fragile X syndrome can be observed  in women (Seltzed et al., 2012).

In addition, a prevalence of this pathology associated with specific geographic regions or specific racial and / or ethnic groups has not been identified  (National Human Genome Research Institute, 2013).

Although the physical features are not specific and / or exclusive of this syndrome, we will now describe some of the most common findings in  individuals suffering from fragile X syndrome:

– Skull-facial malformations: one of the most common signs in fragile X syndrome are facial dysmorphisms. We can see  an elongated and narrow face, with a broad forehead, large external auditory pavilions, prominent chin and thick lips with the lower inverted.

– Musculoskeletal disorders: the development of a weak muscle tone or hypotonia, the abnormal increase in joint mobility  (joint hypermobility), flat feet or, the presence of an extremely thin cutaneous tissue, are some characteristic features of the X syndrome.  fragile.

– Ophthalmological alterations: in the case of manifestations related to the eyes and visual capacity, strabismus or  misalignment of the eyeballs are usually the most frequent findings.

– Cardiac alterations: in most of the cases, individuals develop alterations related to aortic dilatation and  prolapse of the cardiac mitral valve.

– Endocrine alterations: in affected individuals it is possible to observe the development of an early or early puberty that, in  males, is characterized by the presence of a significant increase in the size of the testes (macroorchidism) and in women, by the presence of  Ovarian failure and / or early menopause.

– Intellectual Disability: the most characteristic feature of fragile X syndrome is intellectual disability. However, all  individuals do not present the same degree of affectation. Generally, those affected by men have moderate intellectual retardation, while  in women it is mild.

– Generalized delay in learning: people who suffer from fragile X have a level and rhythm of learning development lower than  expected for their chronological age, mainly due to the presence of other cognitive manifestations.

– Language disorders: in this area, the most striking is the delay in language acquisition. In addition, once acquired,  several deficits appear related to expressive language, the turn of speech or contextual language. Thus, it is possible to observe an absence of  social interaction or use of language in certain situations or contexts. 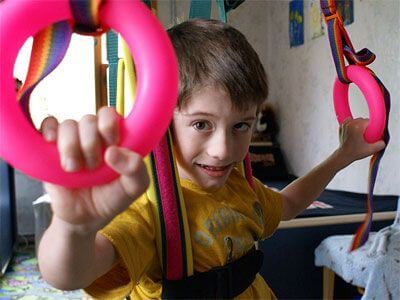 – Attention disorders: it is possible to observe attentional deficits related to the maintenance or alternation of this, in addition it is  usually associated with the presence of hyperactivity, so it is not unusual to find parallel diagnosis cases of fragile X syndrome and Deficit Disorder of Attention and Hyperactivity (ADHD).

– Generalized delay in motor development: the presence of musculoskeletal alterations, such as laxity or muscular hypotonia from the  early stages of life, makes it difficult to acquire all or a large part of the skills related to motor activity.

– Fine motor impairment: poor control of the musculature of the upper and lower limbs, especially in the hands, usually appears  , due to which the manipulation of objects is usually inadequate or deficient.

– Deficient social interaction: it tends to avoid social interaction, present difficulties in maintaining eye contact or  communicative protocols. In addition, they often use inappropriate language behaviors, such as raising the tone, perseverance or usurpation  of the word shift.

– Deficient self-regulation: many situations can trigger episodes of anxiety or nervousness, so they usually need to  follow routines.

This pathology is a medical condition associated with an alteration of the X chromosome (Genetics Home Reference, 2016).

Chromosomes carry the genetic information of each person and are located in the nucleus of the body’s cells. Thus, humans  have 46 chromosomes, organized at structural level in 23 pairs. In addition, within these, we have two chromosomes that will define our sexual traits  .

The combination and division of all this genetic material will determine our physical, cognitive and sexual characteristics. However, if during the  embryonic development phase there is a failure in the cell division that affects part or all of an X chromosome, the fragile X syndrome may appear  .

In this pathology, we have identified, therefore, a narrowing of the most distal part or end of the X chromosome, in the Xq27.3 area (Ribate Molina, Pié Juste, Ramos Fuentes, 2010).

In addition, within each chromosome there may be an infinity of genes. Thus, in the case of fragile X syndrome, its clinical pattern is associated with a  mutation of the FMR1 gene (Genetics Home Reference, 2016).

In this way, the absence or deficiency of the levels of this protein can alter the basic functions of the nervous system and, therefore, lead  to the development of the characteristic clinical spectrum in fragile X syndrome (Genetics Home Reference, 2016).

In addition, cases of fragile X syndrome have also been identified in which there is a permutation, that is, the genetic alteration is not complete, so  many of them present a normal intellectual level expected for their age (Genetics Home Reference, 2016 ).

The diagnostic suspicion of Fragile X syndrome begins with the  observation of some of the distinctive physical features, however,  when there is a family history compatible with this pathology, it is  possible to make the diagnosis before birth.

As fragile X syndrome has a genetic nature, the use  of some prenatal tests such as amniocentesis or sampling of  chorionic villi, enable the identification of the FMR1 mutation  (Child Health and Human Development, 2013).

However, the most common is to observe the sinuses after birth and  therefore, the diagnosis is made during the infant stage.

Normally, a physical and neurological examination is carried out, accompanied  by a genetic study to determine the nature of the clinical characteristics  (Child Health and Human Development, 2013).

Although there is no cure for fragile X syndrome, numerous medical approaches have been designed  to treat the symptoms and  medical complications derived from this pathology.

Also Read: The Role of Dopamine in Love

In addition, different clinical trials related to protein therapies are currently underway  , that is, the pharmacological supplement  of FMRP.