At the biomolecular level, Gaucher disease is caused by a deficient activity of the beta-glucocerebrosidated lysosomal enzyme which, as a result,  leads to an abnormal storage of glucosylceramide (fatty substance) in different structures, including the liver, the spleen,  bones, lungs or nervous system (Capablo Liesa et al., 2011).

On the other hand, at a clinical level, the signs and symptoms can begin to develop from childhood or the adult stage, some of them include  bone lesions, malformations and visceral pathologies and / or nerve injuries (National Institute of Neurological Disorders and Stroke, 2016). ).

In this way, the diagnostic suspicion of this pathology is made based on clinical findings, presence of visceromegalies, bone pain, anemia,  etc., while the diagnosis is confirmed through a study of enzymatic activity (Gilando, 2011) .

Currently, there are several therapeutic approaches designed for Gaucher disease, many of them aimed at enzyme replacement.

Although it has important benefits for the affected people, in some cases, secondary neurological complications related to this pathology still appear  (Giraldo et al., 2008).

Gaucher disease is a metabolic disorder, rare in the general population and of genetic hereditary character, whose characteristic signs and symptoms  result from a deficient enzymatic activity (National Organization for Rare Disorders, 2014).

This pathology was first described by Dr. Philipe Gaucher, in 1882. In his clinical report he described the case of a woman affected by an  abnormal increase in the size of one of her upper extremities, associated with an abnormal accumulation of fatty material (Association Spanish of Sick People  and Family Members of Gaucher Disease, 2016, National Gaucher Foundation, 2016).

The human metabolic system is responsible for regulating all the processes related to the generation and recycling of those substances that are vital  for our survival.

This is pre-programmed so that we produce, among others, substances called enzymes, that is, molecules of a protein nature that  catalyze or accelerate reactions and biochemical processes.

Specifically, one of the ones we produce is called glucocerebrosidada, whose essential function is the decomposition and recycling of a type of lipid,  a fatty substance, called glycosphingoliptics, such as glucosylceramide (National Human Genome Research Institute, 2012).

Specifically, in Gaucher disease, the presence of certain genetic alterations leads to a deficient production of the enzyme  glucocerebrosidase. Thus, macrophages, cells responsible for collecting these fatty substances begin to store them inside ( Spanish Association  of Sick of Relatives of Gaucher Disease, 2016).

Consequently, the absence of metabolism, produces an abnormal accumulation of fatty substances in the body, especially in organs,  bone structure or nervous system (National Institute of Neurological Disorders and Storke, 2016). 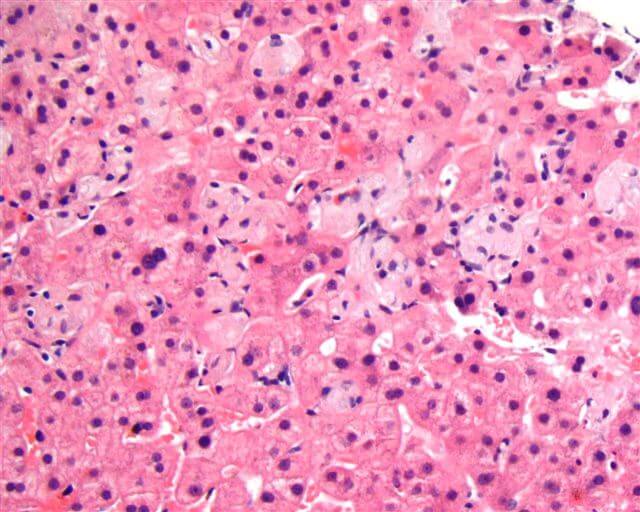 As we have pointed out, in the clinical course of Gaucher’s disease, enzymatic deficiencies imply a fatty accumulation in different regions and  organism systems.

Despite the fact that Gaucher disease has a heterogeneous symptom pattern and is really variable in terms of its severity, this pathology has been  subject to different classifications that try to categorize its characteristics (National Gaucher Foundation, 2016).

Thus, depending on the level of neurological and multisystem involvement, Gaucher disease has classically classified into three types (Capablo Liesa  et al., 2011, National Institutes of Health, 2014):

– Type I Gaucher Disease : it is considered the most prevalent type and is characterized by the absence of neurological involvement with  presence of visceral and bony anomalies.

– Type II Gaucher Disease : in this case, the clinical presentation is early, mainly in childhood. In addition, the scope of  the neurological alterations is serious, which can lead to the death of the affected person.

– Type III Gaucher Disease : although the severity is lower than in the previous cases and the clinical presentation allows  the survival of the affected person, the signs and symptoms may appear associated with the neurological, visceral and bone area.

It is estimated that Gaucher disease has a prevalence of approximately 1 case per 50,000-100,000 people in the general population  (Genetics Home Reference, 2016).

Based on the classification described above, it has been observed that Type I is the most common at the clinical level and, in addition, it is associated with a  significant increase in the number of cases in the central and eastern European areas (Genetics Home Reference, 2016 ).

Interestingly, the prevalence of Gaucher disease is 1 case per 500-1,000 people of Aschkenazi descent, a name given to  residents of Jewish origin settled in Central and Eastern Europe (Genetics Home Reference, 2016).

However, the other forms of Gaucher Disease described do not usually present a high prevalence, are uncommon in the general population and  are not associated with geographic regions or particular ethnic or cultural groups.

As we have pointed out, Gaucher disease presents a variable clinical course, with a significant affectation of different body systems.

However, there is a set of signs and symptoms that occur more frequently in most affected people (National Organization  for Rare Disorders, 2014, Mayo Clinic, 2015, Spanish Association of Sick and Family of Gaucher Disease, 2016 ):

The neurological alterations suppose the most serious medical condition, often, the symptoms usually appear from the earliest stages of the development  of the disease of Gaucher, typically during the childhood. In addition, with characteristics in forms II and III.

– Muscle hypotonia / spasticity: the accumulation of lipids in nerve areas responsible for motor regulation, can lead to the  development of various disorders related to muscle tension or tone. In the case of hypotonia, an abnormal reduction in muscle tone or flaccidity can be observed  , whereas in the case of spasticity, a high muscle tension or stiffness, usually characterized by involuntary contractions , can be observed  .

– Ataxia: the muscular pathologies described above, severely impair the coordination and execution of movements or  motor acts.

– Convulsive episodes: the neurological involvement can lead to the development of spontaneous neuronal discharges with a disorganized course  . Thus, the most frequent is to observe a brief episode in which the person shakes his body involuntarily and uncontrollably. The  muscular structure tends to contract and, in many cases, there is a faint or loss of consciousness.

– Visual paralysis: in some cases, it is possible that the neurological involvement occurs at the level of the nervous tracts that controls  the ocular function and coordination. It is possible that some people affected have a difficulty or inability to perform horizontal or vertical voluntary movements  with their eyes.

– Generalized delay of development: in general, there is a considerable delay in the acquisition of the fundamental milestones of  development, walking, walking, language, etc. In addition, in cases of late presentation, it is possible to observe a significant deterioration of some  cognitive functions, attention problems, memory problems, difficulty of concentration, inability to solve problems, etc.

As in the previous case, the accumulation of fatty material in the bone structure will cause a series of medical pathologies, among which  we can find:

– Bone crisis: these crises are characterized by the presence of episodes of intense pain, especially in long bones. In addition,  these are usually accompanied by inflammation and even abnormal or pathological elevation of body temperature. Bone crises are especially frequent  in the infant presentation of Gaucher’s disease.

– Osteopenia: it is a medical condition characterized by a decrease in bone volume, that is, bone mineral material.

– Osteoporosis: pathological decrease in bone volume that leads to an exaggerated increase in the fragility of the body’s bone structure  .

– Osteonecrosis or Avascular Necrosis: it is a pathology caused by a decrease or interruption of the blood supply of a  particular bone area. When the bone tissue does not receive blood supply, its cells can die and, therefore, collapsed decomposing or sinking  under its structure.

Visceral signs and symptoms usually affect the liver, lungs, or extremities. Some of the most common pathologies  include:

– Hepatomegaly : this medical condition is characterized by an abnormal or pathological increase in liver volume. The liver is  involved in the regulation of various functions of our body, therefore, this pathology can lead to the development of other types of  disorders related to this structure, such as liver failure.

– Splenomegaly: in this case, there is a pathological increase in the size of the arm. The affectation of this structure can cause  persistent pain, nausea, vomiting, among others.

– Interstitial lung disease: this type of pathologies usually occur with the development of inflammation or scarring of the lung tissues  . Among other functional consequences, it is possible that the affected person has respiratory insufficiency or aspiration pneumonias.

– Hydrops: this term is often used in medical literature to refer to a generalized or focalized accumulation of  fluid or fatty material in body tissues.

The storage of the lipid can also affect the normal or expected hematological function, so it is possible that various alterations occur  related to imbalances in its components:

– Thrombocytopenia: in this case, there is a significant decrease in blood platelet levels, therefore, there is  an imbalance of blood clotting, and may appear abnormal or recurrent bleeding.

– Anemia: in this case there is a decrease in the volume or size of red blood cells. These are primarily responsible for  the transport of oxygen to the organs and tissues of the body. As a result, symptoms that may appear are  the headaches, fatigue and recurring fatigue, dizziness, difficulty breathing, etc.

Gaucher disease has a genetic origin, the three forms (Type I, Type II and Type II), are due to autosomal recessive traits, that is, an  individual will present his clinical cuso if he inherits the same defective gene from each parent (National Organization for Rare Disorders, 2014).

Specifically, the cause of this pathology is associated with the presence of a mutation in the gene that controls the production of the enzyme  glucocerebrosidase, located on chromosome 1, at location 1q21 (National Organization for Rare Disorders, 2014).

In the presence of several signs and symptoms of those described above, it is possible that there is clinical suspicion of Gaucher’s disease.

After the study of individual and family clinical history, physical and neurological examination, the diagnosis is based fundamentally on the  performance of a biochemical laboratory study of the enzyme beta-glucocerebrosidase. Normally, its concentration in dry blood of leukocytes and fibroblasts is @nalyzed  (Gort and Coll, 2011).

In addition, in many cases a genetic study is performed to detect the possible presence of anomalies compatible with Gaucher’s disease, and thus  confirm their diagnosis (Gort and Coll, 2011).

Gaucher disease is a type of disorder in which both the underlying medical symptoms and their etiological cause can be treated medically  .

Thus, therapeutic interventions are generally pharmacological and are aimed at enzymatic replacement, that is, the deficient enzyme is replaced  by artificial administration (Mato Clinic, 2015).

In addition, there are other types of medications, such as miglustat or eliglustat, which interfere in the production and accumulation of fats in the  body’s tissues (Mato Clinic, 2015).

In most of the cases, these interventions are effective for the treatment of Gaucher disease, however, in severe cases or advanced stages  , structural lesions, such as neurological ones, are difficult to repair.