The grooming is cyberbullying deliberately exercised by an adult to establish a relationship and emotional control over a child in order to prepare the ground for sexual abuse.

They usually carry out tasks with the intention of first approaching the child and gaining their trust to later establish a relationship and emotional control of it.

Its purpose is to sexually abuse him, so that the harasser or groomer will proceed with the child having physical contact or simply virtually, thus obtaining child pornography.

The actions that the harasser or groomer usually performs are closely related to pedophilia and pedophilia. These can be crimes of child prostitution, sexual abuse etc.

Some information about grooming

Below, we will see some figures of a study conducted by ACPI and PROTEGELES for the Ombudsman for Children in 2002, on the browsing habits of minors in Spain, in which some worrying data were obtained:

As we can see is a problem that affects many children, not only in Spain but throughout the world.

We find two variants in the way in which the harasser can carry out sexual harassment through the Internet according to the guide that the United Nations Children’s Fund UNICEF and the Ministry of Justice and Human Rights (2014) made:

This one obtains the material that he wants through the obtaining of the passwords of the minor or through the photos that the minor has posted on social networks.

Once the harasser has obtained this material, blackmail and extortion to the child will begin, threatening to disclose it if it does not facilitate him or not.

In grooming there are a series of steps by which the harasser manages to gain the confidence of the child and perform the crime:

First, the harasser will try to contact the minor through social networks or a chat. To do this, it is often passed off as a minor who is similar in age to his victim and who also has an attractive physical appearance. Its main objective is to gain the child’s confidence little by little.

Also known as sexting. Once the child’s confidence has been gained, the groomer can get the child to send him photos or even turn on the webcam posing naked for him totally or partially.

If the harasser gets some material from the child that can be compromised for it, he will begin to threaten him if he does not agree to what the harasser asks him to do. This phase is included in cyberbullying.

After the previous phase, when the minor sees that the threats do not cease, he will accede to the demands of the harasser, being able to get to maintain physical relations. 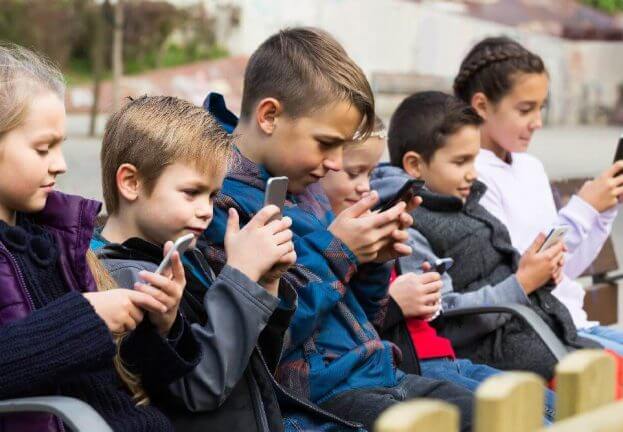 What are their manifestations or symptoms in children?

As we can already see, the effects for the victims and the people around them come or can become very negative, as it happens with other risks that the minor can suffer on the Internet such as cyberbullying or cyberbullying, sexting .

As parents and mothers we must be alert to the following symptoms:

Grooming can also affect the child’s life at school:

Profile of the victims

Every person, whether minor or adult, can be a victim of sexual harassment through the internet. Below is a table with the two possible groups of victims considered to be at risk according to the European Commission (2012):

Profile of the harasser or groomer

According to El-Sahili (2014) there are different profiles of stalkers. While some only want pornographic material, others want to maintain contact with the child.

According to the project carried out by the European Commission in 2012 we can distinguish three types of groomers or stalkers:

What to do if my child suffers grooming?

As in any other situation, it is recommended to report this type of action as soon as possible, because as we have said before, the minor can suffer both physically and mentally due to the abuses by the harasser.

Sometimes, the child may feel shame for what happened and for this reason, not want to denounce the grooming facts in person. For these cases there is the option of providing data and alerts to the National Police, Civil Guard or the Autonomous Police anonymously. A third option would be to go to associations, entities and NGOs that have the objective of protecting minors.

In the case of the minor, the formal complaint must be filed on his behalf by the persons entitled to do so, who are the parents, the legal representatives of the minor or the Public Prosecutor in case of being alerted by other persons.

In the event that a teacher observes that a child may be suffering from grooming, he or she should contact the parents or guardians of the child urgently or even inform the authorities.

It is recommended that evidence of harassment be provided at the time of the complaint such as recorded conversations or screenshots of the messages that have been received. Bearing in mind that many times they do not have judicial validity, since there is no evidence of their veracity or of their origin.

In these cases, the tests with judicial validity are those that can be facilitated by service providers, such as telephone operators or companies that manage social networks.

How should educators act from the centers?

According to Luengo (2014), the centers have the obligation to act in front of this type of facts in case they have suspicion or knowledge that some student is suffering it. If a teacher is the one who suspects or has detected that a student may be suffering from grooming, the center must inform the parents or guardians of the child.

If, on the other hand, it is the parents or guardians who do not give an adequate response or do not report the situation, the center must inform the authorities and make a report.

What can I do from home to prevent it?

To reduce the risks that our children may suffer this type of abuse we must perform the following steps:

In addition we can also teach them technical issues:

Strategies and recommendations for minors

Some strategies and recommendations for minors could be the following: