The process of maintaining abstinence, that is, not using drugs, is complicated; for this reason it is important not to lower your guard and keep working so as not to relapse into consumption.

During the therapy, given the difficulty and lability of the situation, it is essential to start training and making the patient aware of possible situations of risk of relapse that may be encountered along the way, so that they can deal with them effectively. For this purpose, there are specific programs to prevent relapse of substance use such as alcohol.

In the same way, it will also be important that the subject’s close environment, such as family and friends, collaborate, reinforce, support and motivate him to continue with the process and help him create a healthy environment, away from stimuli, places, situations and people who encourage you to consume and in this way be a support with whom they can communicate, express how they feel without being judged and support them if they need to ask for professional help.

In this article you will find a summary of the main characteristics of alcoholism and some help techniques and strategies used by health professionals and by people close to the addicted person that are used to help prevent relapse into alcohol consumption .

Characteristics of alcoholism
Alcoholism is one of the most common substance use disorders , classified in the fifth edition of the Diagnostic Manual of the Association of American Psychiatrists (DSM 5) as a pathology capable of seriously deteriorating the quality of life of the person. Statistically, it arises differently according to the sex of the population, with a proportion of 12.2% in men versus 4.9% in women; We see how alcohol use disorder occurs more in men than in women, as it happens with other addictions. There are also differences according to age, with 4.6% in subjects between 12 and 17 years of age as opposed to subjects over 18 years of age with 8.5%.

Thus, the age of onset of the disorder is usually between 20 and 30 years, in the stage of youth and in which it is common to consume alcoholic beverages in leisure contexts , usually presenting the first alcohol intoxication before the age of 20 .

In the same way, this affectation also influences the possibility of developing another comorbid disorder, doubling the probability that another psychiatric disorder will appear, the most typical being bipolar disorder, schizophrenia, depressive and anxiety disorders and depression. antisocial personality.

Alcohol acts as a depressant of the central nervous system , affecting and injuring different brain areas such as the mammillary bodies, which are part of the limbic system and are mainly related to memory or as the thalamus, an organ of emotional and sensory integration that sends and receives information of the cerebral cortex. In this way, alcohol is the psychoactive substance that has the greatest impact on personal and social life and on the health of affected individuals, increasing the risk of suicide and mortality.

For these reasons raised above, it will be essential to carry out an effective treatment of alcohol disorder, as well as to work and prepare the patient for possible situations of risk of relapse.

Ways to help a person not to relapse into alcoholism
As with other addictive disorders, a relapse in use is likely. For this reason it will be important to work, prepare and give tools to patients so that they can face different risk situations that increase the probability of relapse both during treatment and especially after therapy , when they no longer receive so much support, since the process Maintaining abstinence is just as complicated as detoxification.

In the same way, the support and work that is given to avoid relapses comes from the therapist, but it is also essential and beneficial that the patient’s environment such as his family and friends are informed of the problem and collaborate in the treatment and maintenance of abstinence.

You may be interested:  THE ROLE OF DOPAMINE IN LOVE

Training in relapse prevention from the professional field
In this way, it will be essential to start working with the patient during the therapy sessions on the possible situations of risk of relapse and possible consumption that may occur. For this reason there is a specific model for relapse prevention created by Marlatt and Gordon ; This suggests that there are different variables that influence relapse, both individual, physiological, situational or sociocultural. 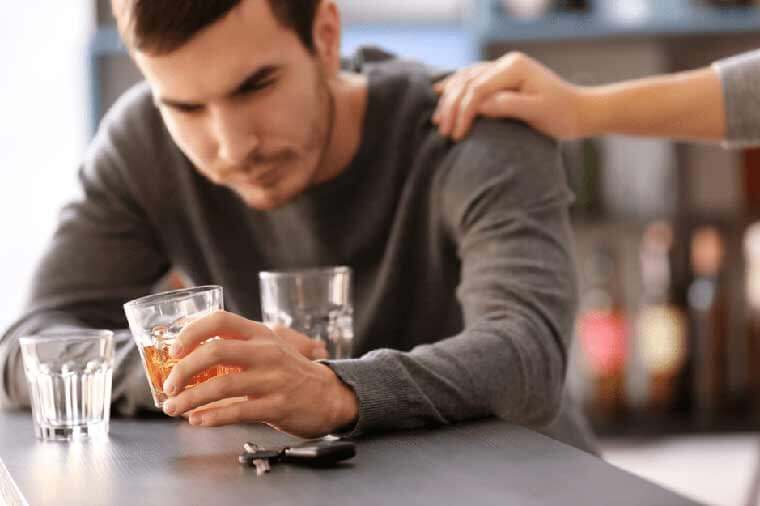 These authors point out as an essential component of this training explaining to the patient the difference between fall and relapse, since it generates confusion, but they are not the same at all. In the first case, in the fall, only isolated consumption occurs, that is, the patient has returned to drinking in a specific and specific situation or moment. On the other hand, relapse does mean re-acquiring the habit of consumption.

Similarly, Marlatt and Gordon distinguish three cognitive factors that influence the relapse process, which are: self-efficacy, which is self-confidence to achieve your goals, expectations of the results of consumption and the attribution of causality .

Thus, specific programs are proposed for the prevention of relapses, including components such as psychoeducation , where they are taught the difference between falls and relapse, by announcing that relapses are possible and that it does not mean the end of the rehabilitation process, they are not a failure; take into account and @nalyze the variables that can cause it to relapse; work on skills to deal with these risky situations, train to remain firm in not consuming and work on coping and lifestyle to promote abstinence.

In this way, it is important to talk with the subject about the possibility of relapses so that an action plan can be created to prevent them . Likewise, you will be presented with all the possible stimuli and risk situations that you may encounter and especially take into account those that are most likely to appear; for example, certain people with whom he normally drank, places such as bars and friends’ houses where consumption or objects was common, and particular moments of the day or days that he related to drinking.

Signs that a person suffers from alcoholism
Different social events can also influence , such as celebrating a birthday or going out to party where finding alcohol is much more likely or the state in which the individual is if they are living a stressful situation. Let’s not forget that alcohol use disorder can present other associated conditions or disorders that can also make maintenance difficult.

Likewise, if the patient is aware of the factors that can lead him to relapse, he can choose to avoid them, that is, to allow himself to be exposed to them, for example, it will be better not to interact with the group of friends with whom he always used. or if you cannot avoid it, such as a festive season, try to be accompanied and have the support of a friend who does not link with alcohol and thus reinforces non-consumption.

In the same way, we will recommend that you interact and interact with a healthy environment, that is, try to find new places or interact with people who do not drink alcohol, since the environment where you move will be decisive to maintain abstinence. It may be favorable to attend a support or help group where you can interact with other subjects who are in the same situation, reinforcing each other and avoiding stimuli that are harmful to the process, there are also bars where the sale of alcohol is not allowed, helping to keep the environment healthy.

Support from people around you
As we have already explained, obtaining the support of the people around you, especially those closest to the person who has developed the addiction, will be essential, since these helpers will act as support and reinforcement in situations where they can be given. difficulties and that are beyond the clinical context. We can treat these family members and friends as the “scaffolds”