The Huntington’s disease (HD) or also known as Huntington’s chorea, is a neurological disease, hereditary and chronic (Korea Spanish Association of Huntington, 2016).

Huntington is a neurodegenerative disorder characterized by the progressive onset of motor deficits, cognitive impairments and psychiatric disorders (ASHA, 2016) that will have a strong impact on the person’s abilities and quality of life (Mayo Clinic, 2014).

The symptoms of this pathology will be presented in three of the following areas: motor control, cognition and behavior. It is possible to observe difficulties in articulating and expressing language, swallowing and / or lack of motor coordination. In addition, memory deficits, sequencing, reasoning, learning ability and problem solving will also be described (ASHA, 2016). 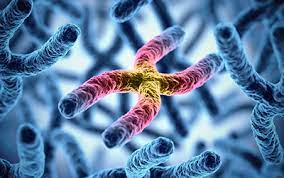 In addition to this, the most characteristic symptom of Huntington’s disease is chorea, an alteration that begins with a motor restlessness, at first unobservable that progresses until it is very limiting (Ramalle-Gómara, et al., 2007).

Generally, in most cases the symptoms begin to develop between 30 and 40 years (Mayo Clinic, 2014). And progressively develop through different stages of gravity.

Different beneficial pharmacological interventions have been described for the control of symptoms, but this is a deadly disease (Mayo Clinic, 2014).

The first description of this pathology dates back to 1872 by Dr. George Huntington, from whom it is named (Arango-Lasprilla et al., 2003).

The initial clinical references refer to the disease with the term “chorea?? Of Huntington, based on involuntary movements that occur characteristically (Arango-Lasprilla et al., 2003).

The term?? Chorea?? Refers to how people with Huntington’s disease contort, twist, or spin by performing constant and uncontrollable movements like a dance (National Institute of Neurological Disorders and Stroke, 2014).

On the other hand, in ancient times they referred to it as dance or disease of San Vito, similarly to other diseases that occur with chorea (Arango-Lasprilla et al., 2003).

Huntington’s disease (HD) is considered a rare disease since it has a prevalence of 1 case per 10,000 people in a large part of the countries of the European community (Association Chorea de Huntington Espanola, 2016).

In the case of Spain, approximately 4,000 people suffer from the disease and another 15,000 are at high risk of suffering from hereditary factors of Huntington’s disease (Association Chorea de Huntington Espanola, 2016).

On the other hand, in the United States, approximately 30,000 people suffer from this disease. Statistical studies have estimated the prevalence in 1 case of every 10.00, as in the European population. In addition, at least 150,000 people are believed to have a 50% chance of developing the disease (National Institute of Neurological Disorders and Stroke, 2014).

As for the genetic distribution, Huntington’s disease presents with a similar distribution in men and women, with no social or ethnic differences (Association Chorea de Huntington Espanola, 2016).

Data referring to the age of onset of the first symptoms situate the starting point between 30 and 40 years of age (Mayo Clinic, 2014) and worsen in a progressive period of 10 to 25 years (Huntington’s disease Society of America, 2016).

However, the disease may also appear early. Different cases have been described in which symptoms begin to develop around the age of 20, when this occurs; the disease is called Huntington Juvenile (Mayo Clinic, 2014).

As we have pointed out earlier, Huntington’s disease (HH) symptoms will affect different areas: motor, cognitive, and psychiatric (Mayo Clinic, 2014).

The first symptoms and signs of the disease can vary greatly from one person to another; however, it is common for the earlier to appear, the faster the disease develops (National Institute of Neurological Disorders and Stroke, 2014).

In addition, during the course of the disease, the dominance of the different alterations will vary; some specific disorders may have a greater impact on the functional capacity of the person (Mayo Clinic, 2014).

The following are the most significant and characteristic symptoms of Huntington’s disease in each of the affected areas (Mayo Clinic, 2014):

Motor alterations in Huntington’s disease can affect both voluntary and involuntary movements:

In general, the different alterations that affect the production of voluntary movements will have a strong impact on the individual’s ability to efficiently and optimally perform activities related to daily life, work, among others.

Huntington’s disease has a strong impact on the functioning of the affected person:

In most cases, the most prevalent psychological disorder in people with Huntington’s disease is depression:

In addition to depression, it is possible to observe the development of other psychiatric disorders such as obsessive compulsive disorder, mania or bipolar disorder.

The first symptoms of the disease usually include almost imperceptible changes in motor coordination. They mostly affect involuntary movements (Korea).

With regard to the cognitive area they begin to appear difficulty to process the information or solve problems. In addition, emotional changes such as irritability and depressed mood may start to appear.

The symptoms will begin to affect the level of habitual work performance and the functionality in the activities of the daily life.

At this stage, motor symptoms begin to affect more than one area. It will be necessary to use drugs to control involuntary movements such as physical intervention to help maintain control of voluntary movements.

As for the cognitive area, the thinking and reasoning skills will be significantly affected. The deficit in the production of speech and swallowing will begin to develop more severely. In general, the usual activities are going to be strongly affected and therefore the functionality of the patient.

In this last stage, the functional dependence of the person affected by Huntington’s disease is total.

Motor symptoms are very serious, people often stop walking and talking. The possibility of suffocation is one of the main risks of death at this stage.

With respect to chorea, they can increase their presentation or disappear.

Despite the severity of the physical symptoms, they are able to understand the language and retain the information regarding the people of their inmate.

The severity of symptoms along with the development of complications such as infections, weight loss, respiratory arrest, among others, can lead to the death of the individual.

Huntington’s disease (HD) is caused by neuronal degeneration that is programmed at the genetic level in specific areas of the brain (National Institute of Neurological Disorders and Stroke, 2014).

The cells that are specifically affected by this programmed degeneration are the basal ganglia, structures essential in the coordination of movements (National Institute of Neurological Disorders and Stroke, 2014).

Programmed neuronal degeneration is due to an inherited defect of a single gene (Mayo Clinic, 2014).

As we noted in the introduction, Huntington’s disease is an inherited autosomal dominant disorder, i.e., a person needs a single copy of the defective or abnormal gene to develop this disorder (Mayo Clinic, 2014).

Specifically, the genetic defect of Huntington has been identified on chromosome 4, gene IT15 containing an expansion of the request of the nucleotide bases. In normal chromosomes there are between 9 and 39 replicates, while people who inherit the Huntington-related gene usually have a number of repetitions greater than 39, sometimes up to 120 or more (Arango-Laspirilla et al., 2003) .

With respect to the inheritability of Huntington’s pathology, if one of the progenitors presents the Huntington’s genetic mutation, the healthy copy or defective copy of the gene can be passed on to its offspring and therefore each child presents a 50% probability of inheriting the gene that causes the development of the disease (Mayo Clinic, 2014).

At present there is no curative treatment for Huntington’s disease, nor does it halt the progression of the symptomatically.

All interventions, as in most rare diseases, are aimed at improving and controlling symptoms and secondary pathologies.

Specialists often prescribe the use of different drugs to decrease symptoms related to motor coordination and psychiatric disorders (Mayo Clinic, 2014).

It should be borne in mind that many of these medications are helpful in treating some symptoms, but they can worsen others or cause side effects (Mayo Clinic, 2014).

Some medications used for movement disorders are:

In the case of psychiatric disorders, the use of antidepressant drugs, antipsychotics or mood stabilizers is frequent (Mayo Clinic, 2014).

In addition to drug treatments, the use of:

Occupational Therapy: can help the patient and family by including the use of assistive devices that enhance functional abilities.