The schizophreniform disorder is characteristic of people who experience symptoms of schizophrenia for a few months, referring for treatment or for unknown reasons.

In this article I will explain your symptoms, causes, treatment, diagnosis and consequences in mental health.

The symptoms of this disorder are identical to those of schizophrenia, although they last at least 1 month and less than 6 months. It is not caused by medication, substances or other mental disorders. 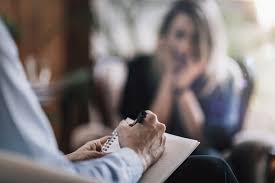 There are five main symptoms given by the DSM-V:

Although the exact causes of schizophreniform disorder are not known, it is believed to be due to genetic, chemical and environmental factors.

It is important to distinguish this disorder from other medical and psychiatric conditions. You can consider:

Specify if: No good forecasting characteristics.

With characteristics of good prognosis: indicated by two or more of the following items:

The following disorders may be considered as an alternative diagnosis:

Treatment for patients with schizophreniform disorder

For the treatment of schizophreniform disorder, pharmacological therapy, psychotherapy and other educational interventions are considered.

Drugs are the most common treatment because they can reduce the severity of symptoms in a short period of time.

Usually the same drugs are used as in schizophrenia. If a drug has no effect, others are usually tried, add mood stabilizers like lithium or anticonvulsants or switch to conventional antipsychotics.

These second generation drugs are generally preferred because they have a lower risk of developing side effects than conventional antipsychotics.

In general, the goal of antipsychotic treatment is to effectively control the symptoms with the lowest dose possible.

Atypical antipsychotics may have side effects such as:

This first generation of antipsychotic drugs has frequent side effects, including the possibility of developing dyskinesia (abnormal and voluntary movements).

The main thing is to minimize the psychosocial consequences of the disorder in the patient and to maintain their safety and that of others.

To consider whether hospitalization is necessary, the severity of the symptoms should be taken into account, if there is family support and if the patient is willing to comply with the treatment.

Because people with this disorder have a rapid onset of symptoms, they usually deny their disease, making it difficult to use insight-oriented therapies.

Therapies such as interpersonal psychotherapy or cognitive behavioral therapy are more suitable for treatment along with medication.

Group therapy is not recommended because people with this disorder may experience stress or anxiety when they see people with more severe symptoms.

This disorder can have the following consequences on mental health: