How to Treat Suicidal Thoughts the suicidal thoughts are undoubtedly the most serious psychopathological disturbance exists, since the risk of seriously put the life of the person who suffers.

In addition, dealing with this type of aspect is often very complex and should always be emphasized with great delicacy, professionalism and rigor, since a poor approach to suicidal thoughts can bring devastating and irreversible consequences.

How to Treat Suicidal Thoughts

In this article we will explain how these types of thoughts should be treated and what aspects should be taken into special consideration.

Knowing how to identify a suicide risk is a requirement that all mental health professionals must know. 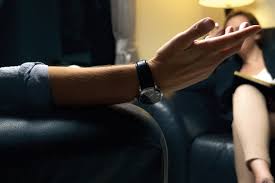 As we have seen, the motivations, intentions and attitudes of a suicidal thinking can be very diverse; therefore it is important to evaluate the patient adequately to be able to detect its presence.

The objective of the evaluation is to estimate the risk of suicide in order to immediately implement the intervention plan that guarantees the safety of the patient’s life.

This evaluation should be performed through a clinical interview, which will allow identifying specific factors, signs and symptoms that may increase or decrease the risk of suicide. It must have four sections:

Likewise, speech and language should be explored, the speed of motor movements, the expressions of mood and affectivity, suicidal impulses and the level of tolerance to frustrations.

In this way, one should not be afraid to ask directly for ideas of suicide if one connotes indications that they can exist, and the answers given by the patient must be evaluated taking into account the form and the content of his thought.

In the case of suicidal thoughts, the role of the patient should be explored (active or passive), their motives, their idea of suicide, their suicide plans, and their degree of development.

Those factors that may indicate an increased risk of suicidal thoughts and behaviors should be evaluated.

Other aspects such as being single, having no job, having recently been discharged, impulsive traits, chronic stress, body wounds, death or loss of loved ones increase the risk of suicide.

However, other factors can reduce the likelihood of suicidal thoughts and behaviors, these are:

The feeling of personal value and self-esteem , having meaningful relationships and activities, being religious, being a woman and being pregnant, having a social support network  , having a good social integration, having a flexible style of thinking, having children and having control skills .

The people most likely to commit suicide have the following characteristics:

They are depressed or have a major psychiatric disorder, are over 45 years old, are separated, divorced or widowed, are retired or unemployed,  have chronic medical illnesses, personality disorder, have previously attempted suicide, have suffered from alcoholism and have poor  support psychosocial.

Firstly, it must be taken into account that in those cases that the patient’s safety cannot be guaranteed, the patient should be admitted to a hospital to start treatment under control.

When choosing the drug should take into account the mental disorder underlying the idea of ​​suicide.

Most are usually diagnosed with major depression, so they are usually treated with antidepressants.

In cases where suicidal thoughts are accompanied by large impulsive features or psychotic symptoms, atypical antipsychotics should be given.

The remaining patients are usually treated with benzodiazepines. Also, in very severe depressions or with psychotic symptoms, electroconvulsive therapy is usually an effective technique.

As far as psychological therapy is concerned, the role that the therapist acquires is fundamental for the proper approach to suicidal thoughts.

The main foundations that the therapist must have are:

Likewise, to treat suicidal thoughts the following objectives must be achieved:

To achieve these goals, the therapist can perform the following psychological interventions:

The patient has a narrow and rigid vision of reality on all its negative aspects, fact that causes that only sees a solution, the suicide.

Therefore, it is important to show them that there are other options. To do this, self-registrations will be made and work will be done:

Test the veracity of your thoughts in order to value your certainty and not automatically accept them.

Provide a system of beliefs or alternative schemes that offers explanations and visions different from yours.

Educate the patient to understand the emotional and situational nature of their cognitive distortions and their thoughts of suicide.

The therapist must have built a good relationship with the patient to allow him to delay suicidal behavior. In this way, the stress of suicide will decrease without the need for it to be carried out, and the therapist will gain time to work with the patient in a calmer environment.

People with suicidal thoughts have a negative view of themselves, the world and the future, so these three spheres must be worked out to get more neutral thoughts.

For this you can use:

The word suicide proceeds etymologically from Latin and means, literally, killing itself.

With these three definitions we are not learning anything that we do not know to commit suicide means to take the life voluntarily, intentionally and planned.

Currently, both the ICD-10 diagnostic manual and the DSM-IV do not include suicide as a mental disorder; however, suicidal thoughts are included in different psychopathologies such as depression, personality disorders or schizophrenia.

However, it would be a mistake to think that all suicidal thoughts are identical and respond to the same situation.

Obviously, a person who thinks of death or the idea of ​​suicide will not be the same as a person who has reflected on his own suicide, has designed a plan to carry it out and is totally focused on ending his life.

In the eyes of all, the first suicidal thought will seem less light and less likely to commit suicide, and the second will alarm us much more and we will interpret it as more dangerous and alarming.

However, the complexity of this type of thinking is not based on a simple specificity of its seriousness, reason why many authors have tried to organize them in different groups.

It is not the purpose of this article to review all the literature on the different classifications of suicidal thoughts since there have been many  authors who have made their proposals and theories of categorization.

However, in order to clarify the complexity of these types of thoughts and to obtain a broader view of them, I find it interesting to comment on the different classifications made by León Fuentes in 1996.

This author very aptly indicated that thoughts and suicidal behaviors could be classified as follows:

Not all suicidal thoughts are based on the same bases, depending on the origin can be divided into 4 different types:

It should be borne in mind that, although a suicidal thought holds the idea of ​​dying, it can have a myriad of intentions.

A suicidal thought can have different effects.

Finally, the person with suicidal thinking can adopt an active attitude towards killing or a passive attitude.

Also Read: Low Serotonin: How Does It Affect Depression?

So we see that suicidal thoughts can be of many types, they may have different origins, of different modalities, and with different intentions and attitudes.

That is why, although all suicidal thoughts have aspects in common, it is important to evaluate them in detail before intervening.