The intrusive thoughts are unconscious thoughts that disrupt normal attention or activity and obsessions can become difficult to remove.

These ideas or involuntary visions are often aggravated by mental disorders such as depression, anxiety or obsessive-compulsive disorder (OCD).

David A. Clark in his book Intrusive Thoughts in Clinical Disorders: Theory, Research, and Treatment deduce that if the human being experienced more than 4000 thoughts per day (Klinger, 1978,1996) it is expected that many of them are involuntary.

In fact, it is scientifically proven that people who do not suffer from any kind of mental disorder, may also experience some intrusive thoughts throughout their life. A review of several studies published in 2007 in the journal Clinical Psychology Review, recognizes this possibility.

However, these recurrent ideas begin to become clinically important when they become obsessions that paralyze the normal life of the individual and can not be controlled. In these cases, these thoughts may be symptoms of major mental disorders that need medical treatment.

Intrusive thoughts may have an internal origin or may be triggered by an external stimulus, for example, the vision of an object or a past experience.

The origin of these reasonings and their content depends on the mental disorder to which they are associated.

The most common syndrome to which the intrusive ideas are associated is the obsessive-compulsive disorder.

This disease consists of a succession of obsessions and compulsions that are repeated in the mind of the individual and that prevent him from carrying out, normally, such simple activities as going to work or having a free time with friends or family.

According to the International Obsessive Compulsive Disorder Foundation (IOCDF) the obsessions that occur with this disorder are “involuntary, intrusive thoughts, images or impulses that trigger feelings of anguish.” On the other hand, defines compulsions as the behaviors that the patient performs to reduce that anguish.

These obsessions usually have an unpleasant content, which is what generates that anguish in those who suffer.

Next, you will see a classification with the most recurrent themes of the intrusive thoughts experienced by people with obsessive-compulsive disorder.

According to a 1992 study published in the journal Behavior Research Therapy, there are two types of intrusive thoughts; negative and positive.

The authors of this research, Reynolds, and Salkovskis showed that depending on whether the thought was negative or positive, the influence that these arguments exert on the individual’s mood could vary.

This experiment concluded that negative involuntary ideas can deteriorate the mood. They are those that occur when you suffer from a mental disorder.

The negative thoughts are those that suffer the people with Obsessive Compulsive Disorder. Within these ideas with negative content, we can distinguish several common themes.

Richard P. Swinson and other authors, in their book Obsessive-Compulsive Disorder: Theory, Research, and Treatment, establish three main themes that often contain intrusive thoughts. To elaborate this classification, the researchers based on real experiences of individuals with Obsessive Compulsive Disorder, collected in scientific studies. According to this typology, intrusive ideas can be blasphemous, aggressive or of sexual content.

According to research by Rachman and others published in 2007 by the American Psychological Association, the problem is that patients relate the themes, considered taboo by society, the thoughts that are going crazy or dangerous. They interpret that they can hurt someone and therefore try to escape from the situation that causes them.

Next, I explain in more detail what each one of the categories of obsessions consists of with some real examples. 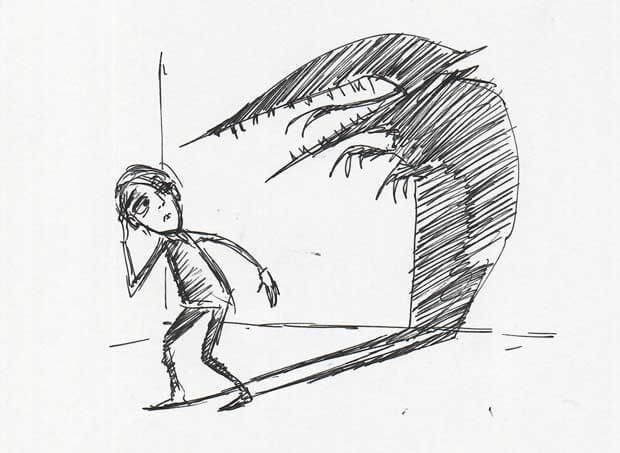 The role of religious beliefs is already, in itself, important in the development of obsessive-compulsive disorder. There are several scientific studies that @nalyze the influence of a concrete faith in the course of this disease.

These beliefs can become obsessions in patients with obsessive-compulsive disorder.

A 2001 study published in the scientific journal Psychiatry Research investigates the relationship between religion and intrusive thoughts. This experiment @nalyzed 45 patients with this mental disorder, of which a percentage of 42% experienced or had experienced obsessions related to religion.

According to real testimonies of patients with this syndrome, these mental images are usually recurrent during prayer.

Some examples of intrusive blasphemous thoughts are:

– Obscene images of sacred figures such as the Virgin Mary (Swinson et al., 2001)

– Believing, irrationally and continuously, that one is possessed.

– Fear of not acting properly or correctly, according to what religious doctrines say.

Obsessions can also have an aggressive content. Mental images in which the patient hurts their loved ones or themselves, as well as anyone who sees themselves in a vulnerable situation on the street, are recurrent. For example, a child or an older person.

Some real cases are the following:

– Feel the urge to violently attack and kill a dog

– Feeling the urge to hurt a child or someone that the individual suffering from the disorder considers weaker than him.

Sexual obsessions are also a common symptom of patients with obsessive-compulsive disorder.

However, a 2015 experiment by Wetterneck et al. Shows that, despite being related to the unacceptable thoughts described above, there are quite a few differences.

-The recurrent mental image of unnatural sexual acts. For example, zoophilia or incest.

– Fear of experiencing a deviation from sexual behavior accepted by society or committing a sexual crime such as rape.

In addition to these three major categories, classified within the group of autogenous thoughts. There may be other intrusive ideas with contents of contamination, errors, accidents or disorder that are pigeonholed within the group of reactive thoughts because they are usually accompanied by a compulsive behavior followed by the mental idea (Belloch, A. et al., 2006).

It should be noted that the visions that occur with this syndrome can also occur in people who do not suffer from any disorder. Only in the case of those who do, they occur more frequently and become an obsession of the patient.

In any case, those who experience these intrusive thoughts do not intend to take these ideas to action. Moreover, people who suffer from them try to avoid controversial situations in which these mental images may surface. For example, they try to escape from crowded places or stay in charge of vulnerable people.

These obsessions can also be experienced during the course of other mental illnesses or after traumatic experiences.

For example, people suffering from depression may have ideas related to suicide, recurrently. Although in this case, they are more dangerous, since the patient can carry it out in reality.

Those who suffer from anxiety may experience an excessive obsession with their own death and the fear that it will come at any time.

People suffering from post-traumatic stress syndrome also have involuntary mental images. In this case, they are usually related to traumas or past experiences.

Women with post-partum depression may also feel the urge to want to hurt their little ones.

Finally, a study by Thorsteinsdottir and others published in the year 2016 in the journal Psychooncology, demonstrates negative intrusive thoughts may appear in people who have just learned that they have diagnosed cancer.

Specifically, this research focuses on prostate cancer, but it is not surprising that this type of involuntary ideas appears with other traumatic news.

Intrusive thoughts receive a treatment similar to Obsessive Compulsive Disorder. This consists of a combination of reuptake inhibitor medications ( antidepressants and anxiolytics ) and psychotherapy.

Psychotherapy should not inhibit intrusive thoughts. Well, there are studies that have shown that repressing thoughts is counterproductive.

In this sense, a group of researchers from the Department of Experimental Psychology of the University of Maastricht carried out an @nalysis with people who suffered thoughts of concern.

It was shown that the suppression of these had short-term effects, but that they aggravated the symptoms over a longer period of time. focuses on the cognitive behavior of the patient. The most common and effective method according to the International Obsessive Compulsive Disorder Foundation is Exposure and Response Prevention.

Through this technique, the therapist exposes the patient to the thoughts, images or situations that obsess and torment him so that he learns to control them without behaving compulsively.

Facing these involuntary ideas that cause anxiety in those who suffer them is necessary to manage them effectively. 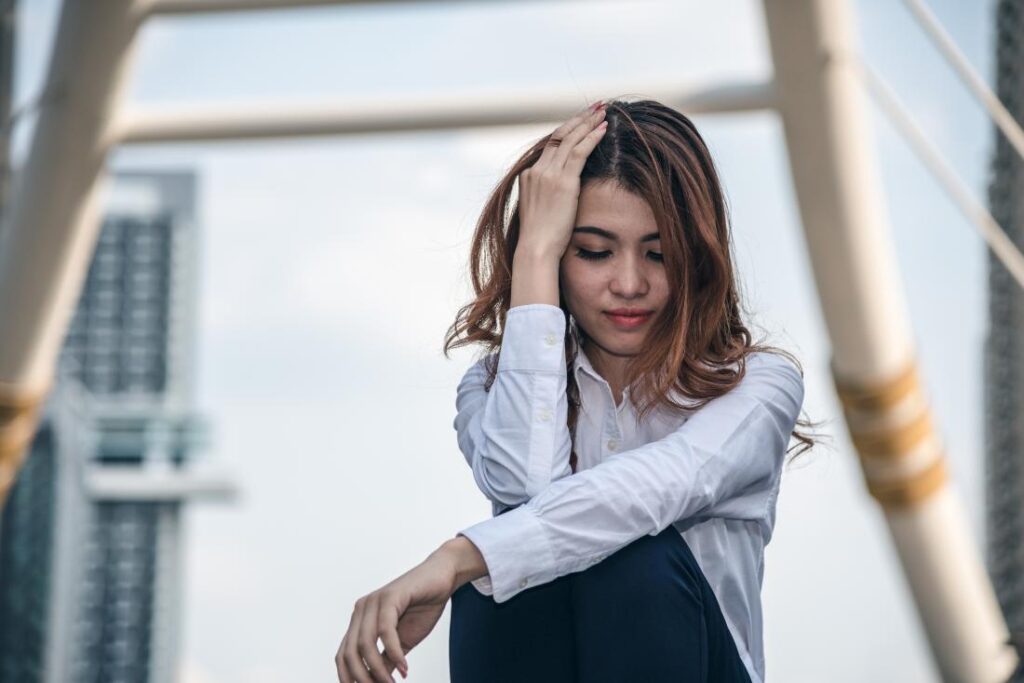