The Japanese encephalitis is considered a serious viral infection, caused by the bite of an infected mosquito and coursing primarily brain tissue swelling. The first case of this type of encephalitis was documented in the year 1871 in Japan, and since then cases have not stopped appearing.

Encephalitis is a medical condition in which inflammation of the brain occurs in response to the entry of pathogens such as viruses, parasites and bacteria. It can affect both animals and humans.

Japanese encephalitis, from the Greek ἐγκέφαλος (“brain”) and the suffix -itis (inflammation), receives the oriental adjective because the first case of this disease was documented in Japan.

People with immunosuppressive diseases, such as HIV, are more susceptible to encephalitis. Parasitic infections such as cysticercus or toxoplasmosis can occur with the development of encephalitis.

There are a lot of common viruses that can cause inflammation of brain tissue, such as: herpes simplex virus, measles, mumps, rubella or chickenpox. However, it can also occur in response to more complex viral infections such as: adenovirus or Japanese encephalitis, a disease that we will focus on today.

The World Health Organization (WHO) indicates that this disease appears in severe outbreaks for periods of 2 to 15 years, sometimes reaching epidemics.

It is estimated that at least 68,000 cases of Japanese encephalitis occur each year, of which approximately 30% to 50% will suffer permanent psychological and neurological sequelae, and up to 20% will die during the course of the disease.

It is the leading cause of encephalitis in regions of Asia such as Sri Lanka, Indonesia, Nepal or the Philippines, and it is very rare to find cases of Japanese encephalitis in tourists, visitors or in countries of other regions.

Although most of the time, the virus responsible for this disease only produces mild symptoms, the infection caused by Japanese encephalitis can produce massive and widespread inflammation in the brain, which can lead to permanent lesions in the brain, reaching more serious cases to cause death.

Currently, there are safe and effective vaccines to prevent the onset of this disease. However, there is no cure for Japanese encephalitis, so treatment is usually focused mainly on relieving clinical symptoms and eliminating the infection.

Japanese encephalitis is transmitted through the bite of a mosquito carrying the disease, not being possible from person to person. The mosquito becomes a carrier of the disease by sucking the blood of an infected animal or human.

The virus that these mosquitoes carry is from the Flaviviridae family (also yellow fever or dengue), and it is found in the saliva of the mosquito itself. When the bite of the carrier insect occurs, whether in animals or humans, the virus enters the bloodstream first affecting the organs and later the central nervous system. The period of incubation of the disease in the body is 4 to 16 days.

The mosquitoes that transmit this infection prefer warm and humid environments, so they usually bite their victims at night. In fact, most cases of Japanese encephalitis occur in the summer months, where rains are more frequent and the climate is conducive to reproduction. 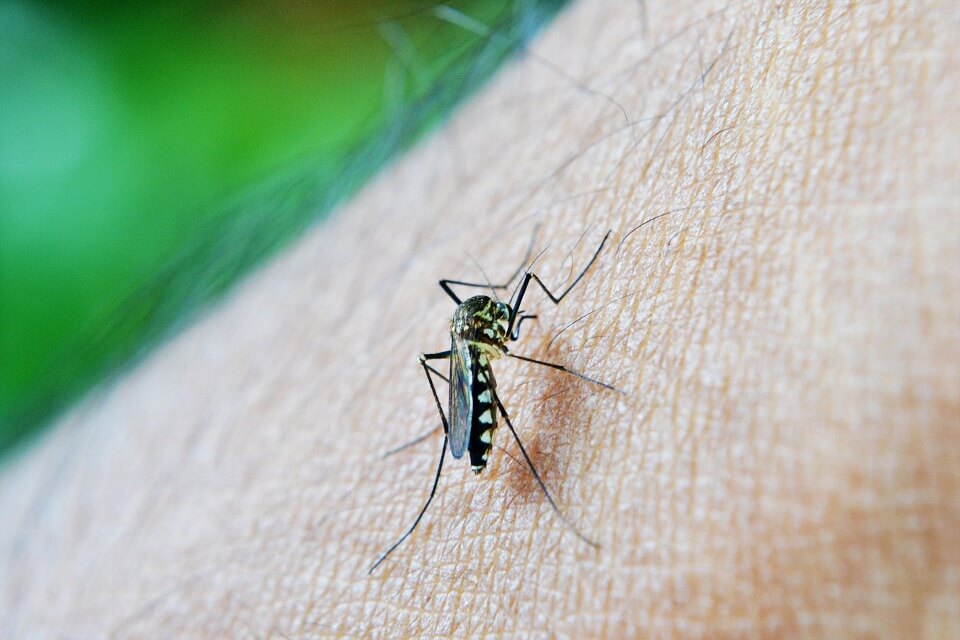 Most people who are infected with the Japanese encephalitis virus will have the disease with few symptoms. It is estimated that less than 1% of cases will show severe signs of the disease. Children and the elderly are the most vulnerable to this infection, with 75% of all cases reported in children under 15 years of age.

In mild cases, the clinical manifestations that are most observed in these patients are dizziness, nausea, vomiting and headache without neurological signs, so it is common to confuse the symptoms with those of a common cold or flu.

In the most severe cases, when inflammation of the brain tissue occurs, symptoms occur rapidly and progressively. These patients present changes at neurological and psychological levels such as disorientation, muscle stiffness in the neck region, high fevers and alterations of consciousness.

If the fevers are very high they give rise to convulsions and can produce, from states of coma until the death of the patient. Recent studies have been able to show that the infection by this virus in a pregnant woman can cause permanent damage also in the fetus.

According to the WHO, between 30% and 50% of those infected by Japanese encephalitis will suffer permanent psychological and neurological sequelae. These deficits may include problems in attention, memory or other basic cognitive processes; changes in personality, muscle tremors and even paralysis of a member. In these patients, the recovery period may be longer than one year.

As for the mortality of people suffering from Japanese encephalitis, up to 20% of those infected will die during the course of the disease.

Currently there is no cure for the Japanese encephalitis virus, so the intervention in the health of these patients focuses mainly on the control of fever, pain and neurological symptoms.

Despite the fact that the majority of infected people are ill with few symptoms, when the diagnosis is confirmed in these patients, hospitalization is usually necessary to observe and control the course of the disease.

The biggest health intervention we can do to control the occurrence of Japanese encephalitis is prevention, either through protection against mosquito bites or through vaccination.

There is a vaccine developed especially to combat the Japanese encephalitis virus. This vaccine is indicated for all those people who intend to stay more than 3 or 4 weeks in any of the countries or regions where this infection is more frequent. Since children are the largest risk group of this disease, the vaccine is indicated for application from two months of age.

The vaccination process against Japanese encephalitis consists in the administration of two injections, one at the beginning of the treatment and the other at 28 days, being necessary that the latter be received at least one week before the start of the trip.

Vaccination under these guidelines produces protection against infection for a whole year. In cases where the person needs more prolonged protection, a third dose of the vaccine can be administered to obtain up to three years of protection against the virus (although the effects of this third booster dose in children are not known).

Cases in which it is recommended to administer vaccines

Below we show all the cases in which the administration of the vaccine is highly recommended:

– People who plan a stay of less than a month, but in rural or agricultural areas of regions where this infection occurs.

– People traveling to regions where there is an active outbreak of the disease.

– People who do not have an accurate travel plan.

– People who work in laboratories or health centers and are at risk of exposure to the virus.

Vaccination against Japanese encephalitis produces mild side effects in most cases. Thus, 40% of the vaccinated claim to have had one or more of the following side effects: muscle pain, redness and swelling of the puncture site and headache.

In more serious cases, the side effects of this vaccine can cause hives, inflammation of internal organs and breathing difficulties. In any of these situations, the vaccinated person should see their doctor to control the symptoms.

Despite all the comments, the vaccine is not 100% effective, so, in addition to vaccination, the use of protection measures against mosquito bites is strongly recommended.

Mosquitoes feed on the blood of other animals, including humans, and are attracted to body odors secreted by the skin, such as sweat or carbon dioxide that is expelled by breathing.

These insects reproduce in stagnant waters, so it is very common to appear in areas with rivers, ponds, pools and pools. However, mosquitoes can also breed in tanks or containers for the water storage.

To prevent mosquito bites, it is best to stay in conditioned rooms and use mosquito nets or anti-mosquito nets on doors and windows. It is also important to use insecticides when it is impossible to keep the room completely closed.

During the outdoor stay it is even more important to prevent bites. The best way to get it is by wearing appropriate footwear and clothing. Shoes or booties must be closed. The garments, if possible, in light colors and the shirts or vests with long sleeves.

It is important to remember that mosquito bites can get through fine, tight clothing, even jeans. However, if there are areas of the skin exposed or activities are going to be carried out that produce sweating, such as cycling, hiking or other sports activities, the use of repellents is recommended.

The most suitable repellents to prevent the bite of this type of mosquito are those whose active ingredient is DEET ( N-diethyl-toluamide ). The DEET acts by obstructing the sensors that attract the mosquito towards body odor, confusing it so that it does not get on the skin and does not end up producing stings.

This compound has been used in the last 40 years by millions of people around the world to combat the bites not only of mosquitoes, but spiders, fleas, flies, etc. DEET-based repellents are available in many formulations such as creams, lotions or aerosols.

Being a very powerful chemical compound, it is necessary to always follow the recommendations of our doctor and the manufacturer of the product. However, there are certain precautions that must always be considered when using these repellents.

Below are the 10 most important tips to take into account when using these products.

In addition to the repellents we have described, it is necessary to mention that some studies indicate the usefulness of the daily intake of vitamin B1 (also known as tyrosine), to repel the bite of mosquitoes. They report that the ingestion must be done at least two weeks before the trip and during the entire stay in the country.

Also Read: The Types of Neurons and their Functions (Various Classifications)

Apparently, the secretion of this vitamin by the skin gives off an odor that is imperceptible to the human, but unpleasant for the mosquito, causing it not to produce stings.

However, there is no scientific evidence to support its use, so preventive care in the environment and the use of repellents are still the first option to prevent these bites; and therefore Japanese encephalitis.