The feeling these people have is that they do not have the power or control to change what they do not like, it causes them discomfort or it seems unfair to them.

Let us begin by talking about ourselves, the human beings, who before a conflictive, problematic or unjust situation we have, two alternatives of action:

Now think about a conflict or problem that you have had recently. Think about how you acted. Did you tackle the problem or did you decide that it was best not to do anything?

What is behind these two different attitudes? Why some people do not act before the problems and others do?

After the first attitude, to intervene in the situation with the aim of changing it, are people who believe in their own abilities and the possibility of changing things through their actions. They trust in themselves.

After the second attitude, to remain passive before the situation, are people affected by the defenselessness learned.

For you to understand better, I present several examples of situations where it is usually given the defenselessness learned:

The defenselessness learned does not occur only in the people who participate in the situations I have just described, but also occurs in all those people who passively observe what happens without doing anything about it.

The defenselessness learned is aggravated when actions, such as abuse, do not follow a logical order that allows the person to prepare for what is going to happen, but occur without warning and without a justified cause.

The theory of learned helplessness emerged in the 1970s from the hand of Martin Seligman, a prestigious American psychologist.

Seligman performed an experiment that provided electric shocks to caged dogs as they attempted to leave. The dogs could do nothing to escape such shocks.

The result was that, after several discharges, the animals stopped trying to escape, even when the door was open and there was no risk of further discharges.

As we can see, these dogs had acquired learned helplessness fairly quickly, acquiring an inactive and passive attitude in the face of such a situation.

The animals had learned that, whatever they did, the result would always be the same and, therefore, they could not escape from the cages. 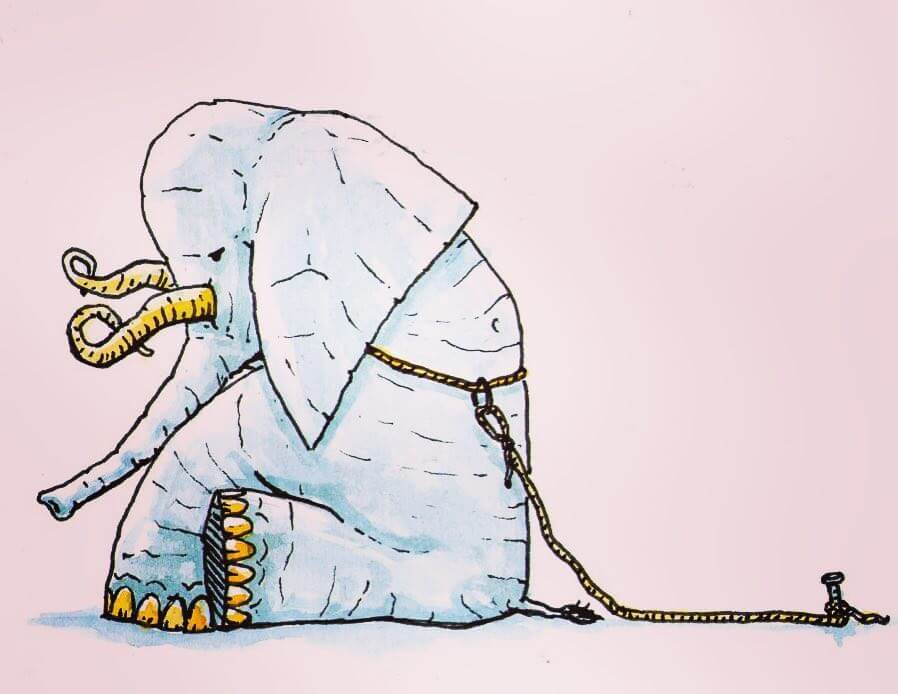 How does the defenselessness learned in people arise?

The defenselessness learned, as its name indicates, is learned. This learning can be done in many different ways, some of them are:

The fact that a person like you has an attitude of control and dominance or an attitude of defenselessness learned is mainly due to children’s experiences.

Childhood is the most important stage in the life of a person, since in these years it is where the personality structure is forged that will be maintained throughout its life with enough stability.

Also Read: Aerophobia: What It Is and How to Overcome It in 8 Steps

Although childhood is the key stage in learning processes, learned helplessness can also be acquired in adulthood.

The learned helplessness goes hand in hand with a series of serious consequences that affect all areas of life (personal, family, social, work …).

If you are a person who suffers from defenselessness, surely:

As a result of all the consequences we have just described, the person manifests a series of feelings such as sadness, insecurity, fear…

In studies of rats it has been shown that those suffering from learned helplessness were more likely to develop ulcers than those who did not.

What has been shown is that learned helplessness is intimately related to depression.The person acquires defenselessness learned after successive failures, loses the feeling of control before what happens to him and ends up behaving passively and inactive, forging a depression.

How to avoid helplessness learned in 10 steps

The learned helplessness is a behavior that we have learned through lived experiences; therefore, we can unlearn it or acquire another type of behavior more healthy and incompatible with the defenselessness.

Here are 10 easy steps to avoid:

At work, at school, with your family, with your partner, with friends …

This is the first step and may at first cost you, since you have been behaving in this way for a long time. Do not worry about it, it’s totally normal.

To make this identification easier, you can ask the following questions for each area of ​​your life:

These questions will help you become aware of how you behave in each situation and, most importantly, whether you are satisfied with that behavior or would like to change it.

Asking for help is not a sign of weakness, but of strength. People who ask for help are mature enough to understand that the help of others is a major impetus to get out of the present situation.

Such help is also very useful so that the others from outside help you to identify in which situations you behave with defenselessness learned and in which not.

With the help of your loved ones or the right professionals, the change will be simpler and less expensive.

The activities or exercises to be done can be very varied; you must choose them according to your tastes and preferences.

Start with simple activities or small easy-to-reach daily goals that you feel you have control of, such as making a soup of letters, doing simple mathematical problems, reading small texts…

As in the previous point, you must choose the self-esteem exercises with which you feel more comfortable.

People who suffer from learned defenselessness tend to have a lack of positive reinforcement, both from external persons and from oneself towards the Activities that they perform.

Each time you conduct a behavior, simple and simple as it may seem, affirm positively with style phrases: “I have achieved it”, “I can do it”, “I have striven and I have achieved my goal” …

Many people are more aware of others and of what is happening around them than of themselves. This behavior is a symptom of devaluation; these people do not appreciate themselves as they should.

Does this happen to you?

If your answer has been yes, from now on I recommend that you start to dedicate time to yourself. This time can be used in many ways: making a hobby, doing sports, taking care of your appearance, meditating…

The goal is to have time to do what you want, regardless of what activity.

Is there any activity you’ve always wanted to do and so far you have not dared? Go ahead, now is the time!

Performing a new activity has many benefits: you interact with new people, learn, have fun, enjoy …

All these benefits affect you in many ways: you get positive reinforcements, you are able to take new actions, and you have control over what you start … thus reducing the harmful effects of learned helplessness.

Surely you are not aware of the amount of negative messages that you say to yourself throughout the day: “I always do everything wrong”, “I am not able”,  “I do not know for what I do” …

From now on pay attention to what you say and how you tell it, in this way, you can be aware of those messages and change them.

Some possible alternatives are: “this is costing me, but I can do it”, “if I do not get it, nothing happens”, “nobody is perfect”, “the important thing is to strive to the maximum” …

Before the situations of defenselessness learned generate different alternatives of action, do not stand still, defenseless.

For example, before a situation of abuse of power at work, find out about your labor rights and the possible lines of action that you have and Act.

You have just taken the path of change. Be patient and be realistic, as it may cost you more than you think.

Remember that the longer you are in the situation of defenselessness learned, the more expensive the process of changing those behaviors will be.