The locked -in syndrome or locked-in syndrome (LIS) in English, is a rare neurological disorder characterized by widespread and complete paralysis of voluntary muscles of the body, except for those that control eye movements (National Institute of Neurological Disorders and Stroke, 2007).

This pathology leaves the individuals totally paralyzed and worlds, reason why in many occasions it is frequent that the terms are used and ?? Captivity Syndrome ?? o ?? Closure syndrome ? to refer to it.

Enclaustration syndrome is a secondary condition to a significant brain stem lesion with an involvement of the corticospinal and corticobulbar pathways (Collado-Vázquez and Carrillo, 2012). 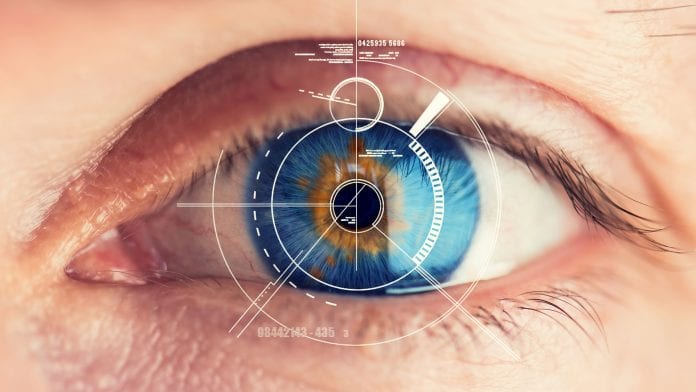 In addition, these brain damage can occur as a result of various conditions: traumatic brain injury , various pathologies related to the circulatory system, diseases that destroy the myelin of nerve cells or overdose of some drugs (National Institute of Neurological Disorders and Stroke, 2007).

People with the syndrome of cloistering are fully aware, that is, they can think and reason, but they will not be able to speak or to make movements. However, they may be able to communicate through eye movement (National Institute of Neurological Disorders and Stroke, 2007).

Despite this, most cases in which there is an alteration or severe damage to the brainstem do not exist a specific surgical or pharmacological repair and, therefore, neurological deficits can be chronic (Collado-Vázquez and Carrillo , 2012).

The mortality in the acute phase occurs in approximately 60% of cases and rarely a recovery of motor function exists, although patients with no vascular aetiology have a better prognosis (Riquelme Sepúlveda et al., 2011).

Therefore, the therapeutic intervention in this type of pathologies focuses on the basic care that maintains the vital functions of the patient and the treatment of possible health complications (Collado-Vázquez and Carrillo, 2012).

What is Locked-in syndrome?

At the observational level, a patient with obstruction syndrome is represented as awake , immobile , unable to communicate through language and with preserved eye movements (Mellado et al., 2004).

This pathology was first described in the novel El Conde de Montecristo by Alejandro Dumas, about the year 1845. It was not until 1875 that the syndrome of entrapment was described in the medical literature by Darolles with the first clinical case (Collado-Vázquez and Carrillo, 2012).

Already in the novel of dumas the main clinical features of this affectation were described:

Villefor’s elderly Noirtier has been paralyzed for six years: “motionless as a corpse”, perfectly lucid and communicating through a code of eye movements .

Due to the devastating consequences of the cloistered syndrome has been described in presenting in many works both cinematographic and television.

Enclaustration or captivity syndrome is a frequent disease. Despite the fact that it prevailed, it is not known exactly, in 2009, 33 cases had been documented and published , and some investigations estimate its prevalence in <1 case per 1,000,000 people(Orphanet, 2012).

Because there are many cases of undiagnosed or misdiagnosed captive syndrome, it is difficult to determine the actual number of people suffering from or suffering from this type of disease in the general population. National Organization for Rare Diseases, 2010).

As for sex, it affects both women and men equally and can also affect a person of any age , however, it is more common in older adults due to ischemic or cerebral hemorrhage (National Organization for Rare Diseases, 2010 ).

The mean age estimated for the occurrence of the locked-in syndrome due to vascular causes is 56 years , while the average age for its disease due to non-vascular factorsis estimated around 40 years (Collado-Vázquez et al. Carrillo, 2012).

The American Congress of Rehabilitative Medicine (1995) defined Locked-in Syndrome (LIS) as a pathology characterized by the preservation of consciousness and cognitive functions, with one for the realization of movements and communication through language (Brain Foundation , 2016).

Generally, 5 criteria are considered that can define the presence of the cloister syndrome in most cases (National Rehabilitation Information Center, 2013):

However, according to the location and severity of the lesion, the presentation of several more signs and symptoms can be indicated (Luján-Ramos et al., 2011):

In addition, the presentation of the captive syndrome can distinguish two phases or moments (National Organization for Rare Diseases, 2010):

The captivity syndrome has been classified according to different criteria: severity, evolution and etiology. Despite this, etiology and severity are generally the factors that give us more information about the patient’s future prognosis (Sandoval and Mellado, 2000).

Depending on the severity, some authors such as Bauer have described three categories for the enclaustration syndrome (Brain Foundation, 2016):

In addition, in any of these types, a patient with captive syndrome may present two conditions:

Classically, Locked-in syndrome occurs as a result of brain stem lesions , occlusion or injury to the vertebral or basilar artery, or compression of the cerebral peduncles (Orphanet, 2012).

Many of the cases are specifically caused by damage to the protuberance (brainstem area). The protuberance presents significant neural pathways that connect the rest of the brain to the spinal cord (National Organization for Rare Diseases, 2010).

In general, the etiological factors are usually divided into two categories: vascular and non-vascular events.

Both in adults and children, the main cause is dance thrombosis, occurs in 60% of cases (Sepúlveda et al., 2011).

On the other hand, among the non-vascular causes, the most frequent are the traumatic accidents, due to a contusion in areas of the brainstem (Sepúlveda et al., 2011).

In addition, it is also possible that the development of the syndrome of entrapment secondary to tumors, encephalitis , multiple sclerosis , Guillian Barré disease  , amyotrophic lateral sclerosis or myasthenia gravis , among others (Sepúlveda et al., 2011).

The diagnosis of this pathology is based both on the observation of clinical indicators and on the use of various diagnostic tests.

Often eye movements can be observed spontaneously and the willingness to communicate through it can also be identified by family and caregivers. For these reasons, it is essential to examine changes in ocular movement in response to simple orders (Orphanet, 2012). to make a differential diagnosis with the vegetative state or of minimal consciousness.

In addition, a physical examination to confirm muscle paralysis and inability to articulate language will be essential.

On the other hand, the use of functional neuroimaging techniques can detect the location of brain damage and examine the signs of consciousness.

Some of the techniques used in the diagnosis of captive syndrome or Locked-in syndrome are (National Organization for Rare Diseases, 2010):

There is currently no cure for captive syndrome, nor a protocol or standard course of treatment (National Institute of Neurological Disorders and Stroke, 2007).

The initial treatment in this pathology is directed to the treatment of the etiologic cause of the disorder (National Organization for Rare Diseases, 2010).

In the early stages it will be necessary to use basic medical care both to protect the patient’s life and to control possible complications. They often require the use of artificial breathing or feeding measures through gastrostomy (feeding through a small had inserted into the stomach (National Organization for Rare Diseases, 2010).

Once the acute phase is over, the therapeutic interventions are oriented toward autonomous recovery of respiratory function, recovery of swallowing and independent micturition, development of the motor of the head and neck, and finally, the establishment of a communicative code through of eye movement (Orphanet, 2012).

Subsequently, the treatment is directed toward the recovery of voluntary movements. In some cases, movement of the fingers, control of swallowing or production of some sounds is achieved, while in others the control of any voluntary movement is not achieved. National Organization for Rare Diseases, 2010).