The misanthropy is a psychological and social attitude also characterized by aversion to the human species.

It is not that he hates concrete people, but he really hates the characteristics of the human essence, such as individualism, permanent nonconformity, and intolerance, among many others.

Misanthropy can be slight or very marked, and it can also manifest itself in different ways, from social critique in the most harmless forms, to destruction or self-destruction, in the most dangerous forms. 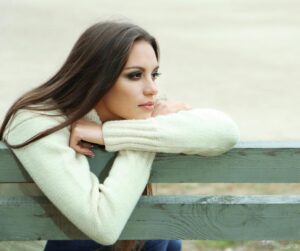 In extreme cases, misanthropy can lead to murder. An example of this is that of Carl Panzram , who murdered more than 20 people in the United  States. When he was arrested and locked up in the Washington DC jail in 1922, he stated:

“I hate the whole human race. I enjoy killing people. “A chilling phrase, is not it?

Here is another example, more recent, that you will surely remember. In 1999 a group of assassins entered the Columbine Institute, killed 13 people and then committed suicide. In their diaries they made reference to the hatred that they felt toward the human species.

But it is not necessary to have thoughts or feelings so extreme to appear traits of misanthropy.

To understand better what misanthropy is, think about this situation:

You’ve had a bad day, your boss yelled at work, you’ve had to deal with complaints from many clients, who have been rather rude in expressing their dissatisfaction, and to make matters worse, you argue with other drivers in the middle of a traffic jam Traffic or treat you rudely on the bus.

When you finally get to your home, she calls you a friend and invites you to go out for dinner.

What do you say?

That the last thing you would want to do today is go out and see more people. You simply want to be alone, at home, in peace, with no other humans nearby.

Of course, this feeling is the result of concrete situations that you had to live on that particular day. Surely all people have lived days like this and have felt this way, even you, of course.

But in people with misanthropy, this feeling of dislike or disdain for the human species is permanent. That is why people who have very marked feelings of misanthropy can find serious difficulties to live in society, or even to accept themselves.

Also Read : The Secrets of the Law of Positive Attraction 5 Exercises

While misanthropy is not considered a mental disorder or illness (at least not in mild cases), it can cause emotional stress or be a symptom of an underlying psychiatric illness.

How to know if you really have feelings of misanthropy

As we said in the previous section, we all have, at least at some point, negative or pessimistic feelings about our fellow human beings.

But misanthropy is more than this; it is a deep contempt for the human species in general.

To see a clear example of how a misanthrope thinks, look at the following:

You’re watching the news on TV and the police section is full of terrible stories of wars, murders, and drug addiction. However, you think that they are only isolated facts that the media are keen to highlight.

But a misanthrope thinks otherwise. He believes that these facts are clear evidences, irrefutable proofs that show that all humans have contemptible, selfish, dangerous behaviors. In short, humanity really stinks.

These thoughts and feelings can make the misanthrope avoid contact with other people in all possible situations, provoking their own social isolation.

Then a kind of vicious circle begins: the misanthrope is convinced that there is no positive attitude, not pleasant in humans, and when isolated has no opportunity to have positive experiences in contact with other people, which feeds their feelings of misanthropy.

However, it is important to point out that a misanthropist, as long as his misanthropy is not very marked, can have a fairly normal relationship with  people close to him.

For example, you yourself may have feelings of aversion towards humanity in general but at the same time also have a good relationship with your partner or certain friends.

In a misanthrope there is also a component of fear that possibly causes these feelings.

If you look at the news about wars, murders, political corruption and fraud and you are a misanthropist, you will probably think that the  human species is lost due to its frightening characteristics, but these thoughts of aversion also have to do with fear They cause you  these situations.

How to know then if you have misanthropy?

Then look at the behaviors described below and the misanthropy test below.

A misanthropist in general does not trust people, tries to avoid social situations, and eludes meetings and crowded places. He probably justifies his behavior by saying that, among other things, people have dangerous behaviors and that when they leave and have contact with them, and they could cause them some kind of harm.

The misanthrope is often believed to be superior to the rest of society. Their language is usually sarcastic, sometimes they have good knowledge in philosophy, good intellectual level, are fans of reading.

They do not feel comfortable following social rules; they do not care about their physical appearance and do not want to change.

In addition to the aversion towards the human species, the definition of misanthropy is rather vague and possibly difficult to identify. What’s more, there are various theories about what misanthropy is and what its possible causes are.

But anyway, if you answer the following questions (with yes or no) you can get an idea of how misanthropic you are.

You are convinced that:

If you have answered yes to four or more of these questions, it seems that you have a certain degree of misanthropy.

Correlation between misanthropy and mental illness

People who have misanthropic thoughts are also at increased risk of developing dementia , according to research by the  University of Finland, whose results were recently published.

As part of this study, a group of people underwent a psychological test usually used to measure the degree of misanthropy or cynicism,  asking each person how well he or she is with phrases such as “most people lie” Or “it’s best not to trust anyone”.

Eight people were tested for dementia eight years later. As it turns out that those with a higher degree of misanthropy also developed more symptoms of cognitive impairment and dementia.

The researchers then concluded that there is a correlation between misanthropy and certain mental illnesses, although it cannot be said that misanthropy is the cause of these disorders.

Other studies also show a relationship between misanthropy and other conditions. For example, in 2009 research on a group of women related cynicism at increased risk of heart disease and cancer.

In short, misanthropy may, in the long run, have a very negative effect on your health. At the same time, it is very difficult to change the traits of your personality.

Then you’ll be wondering what you can do about it.

Well, experts say it’s best to maintain a healthy lifestyle (not smoking, exercising and eating in a balanced way) and make sure you see your friends from time to time.

These phrases are real, spoken or written by misanthropic people, some of them, well known. You can Google their names if you want to know more about them.

“I do not hate people … I just feel better when I’m away from them” – Charles Bukowski.

“You always think you’re the only one in the world that everyone else loves you, but it’s not like that. Most people do not like other people very much. And this goes for friends too. ” – Miranda July.

“I think there is a characteristic common to all mankind. We all suck “- Bill Hicks.

“I hate humanity, I think I’m one of the best and I know how bad I am” – Samuel Johnson.

“You call me misanthrope because I avoid social contact. You’re wrong, I love society. So to not hate people, I must avoid their company “- Caspar David Friedrich.

“What is man? A miserable and small pile of secrets “- André Malraux.

“… The truth is that I dislike most men, as much as women dislike me. I am an egalitarian misanthropist. “- Andrew Davidson.

Did you feel identified with any of these phrases? If so, welcome to the world of misanthropy.

Throughout the history many famous misanthropes appeared, many of them were philosophers or well-known writers, and also personage’s protagonists of literary works or series of TV known internationally.

For example, Arthur Schopenhauer was a German philosopher who claimed that “the human species is nothing more than a mistake.”

However, he also said that “ethical treatment of others is the best attitude, because we all suffer and are part of this same will to live.” Schopenhauer also

Dared to show a comprehensive view of suicide, when in its time it is a taboo subject.

José Ortega y Gasset  was a Spanish philosopher and writer who, although he can not be said to be a misanthrope, in his work ” The rebellion of the masses ”  openly declares that “this custom of speaking to humanity, which is the most sublime and Contemptible of democracy, was adopted around 1750 by  misguided intellectuals, ignorant of their own limits … “

Friedrich Nietszche , German philosopher , was also known for his contempt for the human, which was reflected in his thoughts and works.

And taking a big leap in the story, let’s talk about Dr. House, the character played by Hugh Laurie on the famous TV series. Well, this doctor is a fairly realistic representation of misanthropy.

If you followed the chapters of the series, you will remember that Dr. House is a fairly socially insane guy, because he thinks that all people lie and that most of those who come to him are probably looking for a way to take advantage.

As you see the misanthropy is not as uncommon as you thought. If you have thoughts or feelings of misanthropy, try to at least maintain the relationship with a couple of friends, that the world may not be so bad actually.