The term neurofeedback encompasses all techniques based on the training of individuals to help them control their own brain and thus improve their functioning, this is done by giving them feedback on what is happening in their brain at every moment.

Neurofeedback began to be used in the 60s and since then it has been used to treat multiple disorders, although it has not been shown to be effective in all disorders in which it has been used.

Currently, neuroimaging techniques are used, such as real-time functional magnetic resonance, and increasingly precise research protocols to determine exactly how neurofeedback works, since better understanding of its mechanism could lead to more effective therapies. 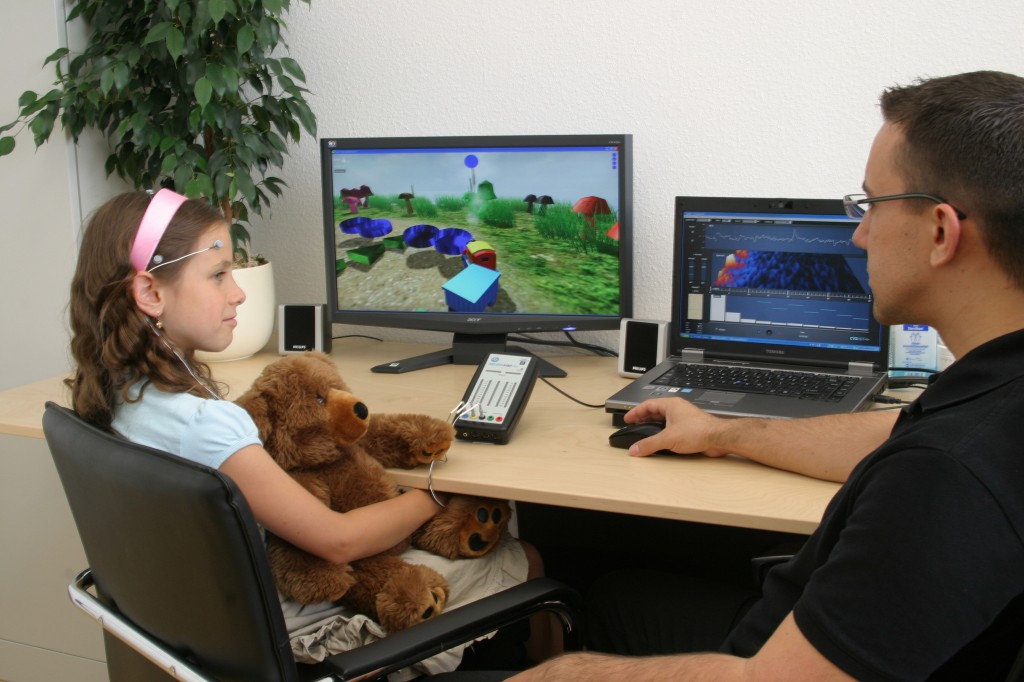 Nowadays, the use of neurofeedback in private clinics for the treatment of any type of disorder is spreading. The price depends on the place (country, city …) in which the clinic is located, the type of disorder to be treated and the duration of the sessions, but usually around € 50 per session (in sessions of 20-30 minutes ).

If you are planning to attend a neurofeedback training, make sure that the clinic has the necessary accreditation ( Biofeedback Certification International Alliance) and, if you finally decide to do so, ask for tests related to the behavior you want to modify to know if the Treatment with neurofeedback is being effective.

Neurofeedback is a technique that consists of recording the brain activity of an individual while he / she tries to regulate it, in this way the individual receives feedback or feedback at all times and can learn to control certain brain parameters, which will eventually result in a improvement of a symptom or behavior of the individual.

The key to this technique is that we can really change and regulate some parameters of our brain activity, a fact that seemed impossible until recently and that many people do not finish believing. Although we must bear in mind that there are brain functions that can not be changed, for now, and that the mechanisms underlying the self-regulation of brain activity are not yet known.

The neurofeedback training is usually done with the support of some neuroimaging technique, normally electroencephalography is used (the recording of electrical activity of the brain), although there are also some professionals who use functional magnetic resonance.

Electroencephalography was the first non-invasive technique capable of showing brain behavior in vivo, that is, at the same time it was occurring. Therefore, it is not surprising that it is the first neuroimaging technique used to perform neurofeedback treatments and that it is one of the most studied.

Studies have been carried out to verify the efficacy of neurofeedback in numerous disorders such as Attention Deficit Hyperactivity Disorder (ADHD), epilepsy, depression, anxiety and Parkinson’s disease among others.

Some of these studies have shown the effectiveness of the treatment, but most of them have obtained inconclusive results or have been carried out with little scientific rigor, for example, comparing the results of two groups of participants (healthy participants and with the disorder, for example) deferring these groups significantly in their sociodemographic characteristics, such as age or educational level.

So we can conclude that at the moment neurofeedback is not effective for any type of disorder or to modify any behavior, as it happens with other types of treatments. For example, a given psychotropic drug may be useful for anxiety, but not for depression.

How does neurofeedback work with EEG?

The functioning of neurofeedback is explained differently depending on the psychological current that describes it:

Regardless of the psychological current that the professional follows, in neurofeedback with EEG there are three parameters that usually focus on modifying the patient’s behavior:

What is a typical neurofeedback session with EEG?

I guess you’ll wonder what exactly a neurofeedback session with EEG is. I will try to explain it by steps in a simple but detailed way.

Several sessions are usually necessary to begin to notice improvements and each session can last between 30 and 60 minutes.

Uses of neurofeedback with EEG

The treatment of ADHD with neurofeedback has been the most studied so far and possibly also the most used since it has proven to be quite effective, especially in the symptoms related to attention deficit. In addition, although in the short term it may be less effective than psychotropic drugs, it has been shown that in the long term their effectiveness is equal to or greater than these.

As explained above, the treatment of ADHD consists of training the patient to increase his arousal and this could be achieved by increasing the beta waves (13-30Hz) located in the central frontal zone.

The treatment of autistic spectrum disorders with neurofeedback is the second most studied by researchers and also one of the most used. Training with neurofeedback in this type of disorder has proven to be quite effective, but it seems to be acting mostly on the symptoms of inattention present in patients suffering from ADHD in addition to ASD, which occurs in approximately 40-50% of the patients. patients with ASD.

The treatment with neurofeedback of adults with drug-resistant epilepsy has been well studied and is being widely used due to its demonstrated efficacy since the other alternative of these patients is to go through a surgical intervention.

Patients with epilepsy suffer a decrease in arousal levels, therefore treatment with neurofeedback is focused on increasing these levels in the same way as in the treatment of patients with ADHD and ASD.

Within the Anxiety Disorders, in which the benefits of neurofeedback treatment have been most studied are in Generalized Anxiety Disorder (GAD) and Obsessive Compulsive Disorder (OCD), and in both cases it has been shown to be quite cash. But we must bear in mind that it has not been shown to be more effective than cognitive-behavioral therapy , which is the most used to treat this type of patients. So it is recommended that professionals use neurofeedback in this case as a complement for their therapy or in cases in which cognitive-behavioral therapy is not working (for example, in patients who find it difficult to relax).

The treatment of Anxiety Disorders with neurofeedback is based on decreasing arousal levels of the patient and this can be achieved by increasing theta waves (4-8Hz) located in the frontal zone and / or increasing localized alpha waves (8-12Hz). in the occipital area (posterior).

There have not been many studies on the effectiveness of neurofeedback treatment in people suffering from any type of addiction since there are many types of addictions and these are usually present along with other disorders such as GAD, ADHD or even other addictions (for example, very frequent to be addicted to alcohol and tobacco).

The studies that have been carried out so far have proved to be effective especially in the improvement of symptoms related to anxiety.

The treatment of addictions with neurofeedback is basically the same as the treatment of Anxiety Disorders, since it is precisely the anxious symptoms that are intended to be improved.

Researchers who have studied the efficacy of the treatment of Major Depressive Disorder with neurofeedback have not obtained conclusive results. It is necessary to use other neuroimaging techniques, such as functional magnetic resonance imaging (fMRI) to determine if biological changes have occurred due to the treatment.

Training with neurofeedback to treat this disorder would focus on changing the patient’s emotional valence and making it more positive. For this, the alpha waves on the left side of the frontal cortex are diminished since these waves are related to the susceptibility to appreciate the facts as negative.

The treatment of chronic insomnia with neurofeedback has not been studied either, but the results of studies have shown that it is quite effective and can even improve memory.

Treatment with neurofeedback to improve the quality of sleep usually focuses on decreasing the number of activation peaks during states 2 and 3 of sleep (non-REM sleep). This can be achieved by training the patient to decrease the mu (μ) waves originating in areas of the sensorimotor cortex since there is a relationship between these waves and the appearance of activity peaks during sleep.