The essential characteristic of paranoid personality disorder is a pattern of mistrust and general suspicion towards others so that the intentions of these are interpreted as malicious. This pattern begins at the beginning of adulthood and appears in various contexts.

Individuals with this disorder assume that others will take advantage of them, harm them or cheat them, even if they have no evidence to support these predictions (Criterion A1). With little or no evidence, they have sufficient grounds to suspect that others are plotting against them and that they can be attacked at any moment, suddenly and for no reason. Frequently, without any objective proof of this, they feel that they have been deeply and irreversibly offended by another person or persons. They are worried about unwarranted doubts about the loyalty or loyalty of their friends and associates, whose acts are minutely scrutinized for evidence of hostile intent (Criterion A2). Any deviation they perceive infidelity or loyalty serves as evidence to their assumptions. 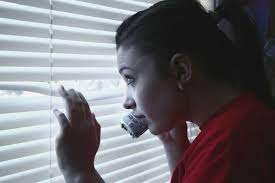 When a friend or partner is loyal to them, they are so surprised that they cannot trust or believe in him. If they encounter problems, they think that what their friends or partners are going to do is attack or ignore them.

Subjects with this disorder are reluctant to trust or intimate with others because they fear that the information they share will be used against them (Criterion A3).

They may refuse to answer personal questions by saying that such information “is not a matter for others.” In the most innocent observations or facts, they glimpse hidden meanings that are degrading or threatening (Criterion A4). For example, a subject with this disorder may misinterpret a legitimate mistake by a store clerk as a deliberate attempt not to succeed or may see a humorous observation of a coworker as if it were a full-fledged attack. Flattery is often misinterpreted (egg, a compliment of something you have just bought can be misinterpreted as a criticism of being selfish; a compliment for some achievement is misunderstood as an attempt to restrain a better performance). They may see an offer of help as a criticism in the sense that they are not doing it well enough alone. Individuals with this disorder often harbor grudges and are unable to forget the insults, insults or scorns they believe they have been subjected to (Criterion TO 5). The slightest contempt causes great hostility, which persists for a long time. Since they are always aware of the bad intentions of others, they often feel that their person or their reputation has been attacked or that they have been shown to disregard them in some other way. They counterattack quickly and react with anger at the outrages they perceive (Criterion A6). Subjects with this disorder may be pathologically jealous, often suspecting their spouse or partner unfaithful lesion without adequate justification (Criterion A7).

They can gather trivial and circumstantial “evidence” to confirm their suspicions, they want to maintain total control over people with whom they have intimate relationships to avoid being betrayed and can constantly ask questions and question the movements, acts, intentions and fidelity of the spouse or the couple.

Paranoid personality disorder should not be diagnosed if the behavioral pattern appears exclusively in the course of schizophrenia, a mood disorder with psychotic symptoms or another psychotic disorder, or if it is due to the direct physiological effects of a neurological disease (Egg, temporal lobe epilepsy) or of another type (Criterion B).

Subjects with paranoid personality disorder are people who are generally difficult to get along with and often have problems in personal relationships. Their suspicion and excessive hostility can be expressed through direct protests, recurring grievances, or by a clearly hostile silent detachment. Because they are overly attentive to potential threats, they can behave in a cautious, reserved or tortuous manner and appear to be “cold” and have no feelings of compassion. Although they sometimes seem objective, rational and non-emotive, they most often show a labile effective range in which expressions of hostility, stubbornness, and sarcasm predominate. Their combative and suspicious nature can provoke in others a hostile response, which, in turn, serves to confirm the subject’s initial expectations.

As individuals with a paranoid personality disorder do not trust others, they have an over-reliance on self-sufficiency and a strong sense of autonomy. They also need to have a high degree of control over those around them. They are often rigid, critical of others and unable to collaborate, although they have a hard time accepting criticism. They are able to blame others for their own mistakes. Because of their quickness to counteract in response to the threats they perceive around them, they can be litigants and often get involved in legal suits. Subjects with this disorder try to confirm their preconceived negative conceptions of the people or situations around them by attributing bad intentions to others that are projections of their own fears. They may exhibit fantasies of unrealistic and scarcely disguised grandeur, tend to be concerned with issues of power and hierarchy, and tend to develop negative stereotypes of others, especially of population groups other than their own. They are attracted to the simplistic formulations of the world and are often suspicious of ambiguous situations. They can be seen as “fanatics” and belong to strongly cohesive “cult” groups, along with others who share their paranoid belief system.

Individuals with this disorder may experience very brief psychotic episodes (lasting for minutes or hours) especially in response to stress. In some cases, the paranoid personality disorder appears as a premorbid antecedent of a delusional disorder or schizophrenia. Subjects with this disorder may present with a major depressive disorder and are at increased risk for agoraphobia and obsessive-compulsive disorder. Abuse or dependence on alcohol or other substances is common. The personality disorders most often presented in conjunction with paranoid personality disorder appear to be the schizotypal, the schizoid, the narcissistic, the avoidance disorder, and the limit.

Some behaviors that are influenced by socio-cultural contexts or by certain life circumstances may be misquoted as paranoid and may even be reinforced by the clinical evaluation process. Members of minority groups, immigrants, political and economic refugees, or subjects with different ethnic backgrounds may display suspicious or defensive behavior due to ignorance (egg, language barriers or ignorance of rules or laws) or the perception of contempt or indifference on the part of the majority society. In turn, these behaviors can generate anger and frustration in the people who deal with them, creating a vicious circle of mutual distrust, not to be confused with the paranoid personality disorder. Some ethnic groups also have behaviors related to their culture that can be misinterpreted as paranoid.

A paranoid personality disorder may manifest for the first time in childhood or adolescence through solitary attitudes and behaviors, poor peer relationships, social anxiety, poor school performance, hypersensitivity, peculiar thinking and language, and idiosyncratic fantasies. These children may appear to be “rare” or “eccentric” and to tease others. In the clinical population, it appears that it is diagnosed more frequently in men.

It has been noted that the prevalence of paranoid personality disorder is 0.5-2.5% in the general population, 10-20% in psychiatric hospitals and 2-10% in outpatient psychiatric outpatients.

There is some evidence suggesting an increase in the prevalence of paranoid personality disorder in the relatives of the probands with chronic schizophrenia and a more specific family relationship with the delusional, persecutory disorder.

Paranoid personality disorder can be distinguished from delusional disorder, typopersectin, schizophrenia, paranoid type, and mood disorder with psychotic symptoms because all of these disorders are characterized by a period of persistent psychotic symptoms (egg, Delusions, and hallucinations).
Read about Human Brain Functions

Paranoid traits can be adaptive, especially in a threatening environment.

Paranoid personality disorder should only be diagnosed when these traits are inflexible, maladaptive and persistent, and when they cause significant functional impairment or subjective malaise.