The penteraphobia is an irrational fear and aversion – law. This can be unjustified and persistent, being a problem for the affected person who can see his life very limited in certain aspects.

Although it may seem a joke, due to the jokes that have always been created around the figure of the mother-in-law, the truth is that it is totally real and there are many people who in some way or another have to coexist with the constant fear of a family member so close.

It is not exactly one of the most common phobias, but it is worth defining and knowing the symptoms, causes and treatment of this disorder.

It is a specific phobia of which it is necessary to clarify that it differs from a simple repulsion or discomfort because it can seriously affect the sufferer of the disorder.

To do so, it must meet a series of requirements that are established in the Diagnostic and Statistical Manual of Mental Disorders (DSM). These are:

If the patient recognizes these symptoms and admits that they are excessive taking into account the dangerousness of their fear, it can be said that they really suffer from the phobia.

The symptoms vary according to the mental state of the person suffering from the disorder, in addition to the exposure that suffers or not. That is, as with any other phobia, the level of fear varies depending on the person.

Some of the most common symptoms in the mother-in-law phobia are:

Given this situation, the son-in-law or daughter-in-law choose to avoid any contact with his mother-in-law. In addition, it will be difficult for you to find a photo or a gift from it, as it will detach from any element that makes you remember its presence.

Being such a peculiar phobia it is difficult to determine what are the causes that can develop this irrational fear.

In general, it is believed that phobias arise as a result of traumatic events in childhood. Something that has to be ruled out because it is rare that no infant has a mother-in-law at such early ages.

In any case, it may be due to the bad experience of one of his parents with his mother-in-law, who is also the grandmother of the affected person. In that case, it would be due to what is called family conditioning.

Some scientists have the theory that genetics has a lot of influence when it comes to developing a phobia, being prone to think that if you have a relative with that problem, you may have more possibilities than another person to develop it too.

It is also to be assumed that sociology has an important role in this case. Throughout the different eras, mothers-in-law have been classified as heavy, envious, controlling or competing. True or not, this has greatly influenced the vision we have of them. 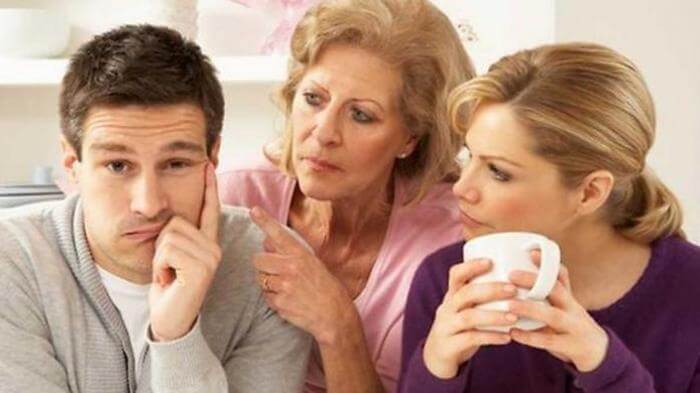 As we always notice, when you suffer from some type of phobia, make sure that you meet the requirements of the DSM and put yourself in the hands of a psychologist or any other professional who is specialized in the subject.

They will help you cope and understand what is causing your problem so it can be solved.

Some of the most recurrent types of treatment by these specialists are:

The person, with the help of a specialist, lets open his subconscious mind to let his behavior patterns change. If the cause is also found, the problem will be resolved sooner and the therapy will be more effective.

The professional will introduce in your mind positive ideas about your mother-in-law. A kind of correction of the mind to overcome fear.

Although it is a therapy approved by the American Medical Association in 1958, many people are reluctant to let someone else play with their mind.

The NLP is based on personal development therapies and psychotherapy that apply to change behavior or abilities of the person suffering the phobia. To apply them, it is necessary to get to the root of the problem.

In this way, the thoughts can be remodeled and the preconceived notions of mothers-in-law can be modified.

Section related to the psychology of energy. This type of therapy uses techniques such as yoga, pilates, tai-chi or acupressure.

This will modify some life habits that will improve the energy on the surface of the skin and stimulate electrochemistry in the brain.

Also Read: What are Panic Attacks?

It should be noted that although it has more and more followers within the experts, it is still a controversial therapy because it is not very clear if it can really help to overcome or improve a phobia.

Surely today you have discovered one of the rarest phobias that exist. In your case, do you have problems with your mother-in-law? Are you unable to be in the same room as her? Tell us about your experience!