The phallophobia is a kind of fear that incapacitates some people to confront the male sexual organ, even causing an immediate loss of control. It must be said that it can occur in both men and women.

Some people consider themselves asexual, in the sense that they feel unable to experience any sexual attraction. Many may consider this as a symptom of phallophobia, but it is not the same. Think that phamphobic people experience extreme terror, even with the simple thought, or watching some video or photography.

Who has not felt ever overcome before some situation unable to control?

We have all been victims in the first person of some fear that controlled us, making us vulnerable and unable to manage a certain situation. The fact of feeling that fear is able to control our perception and management of the situation, is recognized by the name of phobia.

The concept of phobia in itself refers to an irrational fear that some people manifest, despite being aware that it is not a real threat. Let’s say that they are unable to control themselves, since it is the same panic that has them dominated, thus being victims of an internal blockade.

Next, I will detail more specifically the characteristic symptoms of phallophobia.

Although at first glance this fear could be closely related to some chapter of sexual abuse, its origin is not exactly precise.

The person falofóbica can get to avoid completely the sexual relations, but also it can present episodes of anxiety before situations like; be seen naked, a deep kiss or even at the thought of pregnancy.

In this way, when confronted with the male sexual organ, or with an image of it, begins to experience a series of symptoms of discomfort:

Anyway, these symptoms that I have just detailed, may present some variability depending on the subject in question. There are 3 factors to consider:

With this I want to tell you, that some people are more susceptible to fear and phobias than others.

In the same way as the symptoms, the causes of phacophobia can vary from person to person. However, phobias of this nature are caused by some type of trauma. This trauma usually occurs during childhood, when people are more susceptible to fear and more emotionally vulnerable.

A very common cause is sexual abuse, and specifically abuse by an older man. Men who abuse children are usually people that the children themselves know closely, as people related to their environment, friends or even someone from their own family.

This fact, apart from causing fear of the penls, also produces a serious lack of confidence in males, which in the long run can lead to a severe difficulty when establishing relationships with the male gender.

Many people suffer from sexual disorders as a result of extremely painful intercourse. In this way, the association between the physical pain of the moment and the virile member can generate an uncontrollable fear of the penls and the subsequent loss of sexual desire.

The low level of sexual desire can occur on certain occasions, in those people with little self-confidence (low self-esteem). In an extreme case of insecurity, there may be a feeling of fear / panic in the subject towards the opposite sex and his sexual organ. 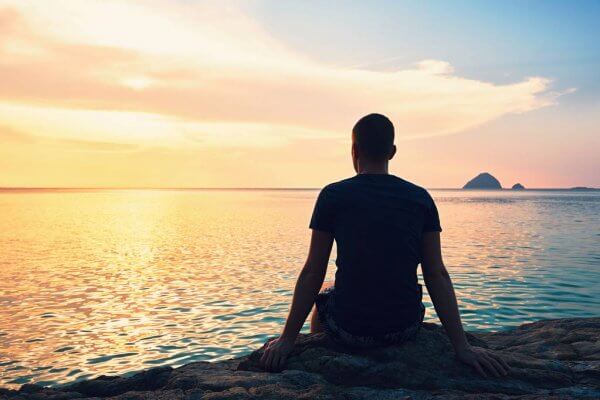 Imagine the extent of this phobia, that even aversion to sex can lead a person to stay a virgin throughout life. Moreover, they reject the idea of ​​compromise, avoiding stable relationships or closer ties with other people in their environment, resulting in social phobias and isolation.

This unjustified fear affects the daily life of the person, in such a way that it invades the normal exercise of their interpersonal relationships, such as, for example, the rupture of couple relationships or marriage.

A phamophobic individual may also experience episodes of panic, difficulty in breathing normally, an accelerated heart rate, and even an inability to speak or think rationally.

It should be noted that we can find the case of a permanent phobic character. This means that a stability in the behavior is detected, becoming a state of permanent alert with the environment. For the phobic, the relationship with the other means being constantly exposed to an imminent danger.

There are different types of treatments for those who are in this situation:

It is usually recommended to control the anxiety and panic attacks derived from the phobia.

In this case, the therapy is the most recommendable long-term option. Through therapy, it is possible to reach the starting point of the phobia, understanding the causes of it and helping to treat it so that it stops conditioning our day to day. Within the therapeutic treatment, 3 different types of therapy are derived to treat the subject according to the nature of his phobia:

Other information of interest: Phobias related to sexuality

Within the vast world of phobias, many are classified within the sexual sphere. Here I expose some of the most important:

Next, I will show you a real case about a woman who was immersed in a sexual phobia totally unknown to her: This is a woman who acknowledged being a virgin at 40, alluding to having lost many couples due to her inability to maintain relationships sexual

So, through this specific case, you can better understand what people who are in these situations can experience:

A while ago, there was a case of a middle-aged woman who approached the doctor’s office worried about her virginity, since she had never experienced sexual intercourse at 40 years of age. He confessed to having lost many couples for this reason and understood that he had to solve it, since someone important had appeared in his life.

The sexologist who treated her, diagnosed vaginismus, along with a phobia to be penetrated. What surprised the professional was that after this diagnosis the patient did not appear again for the consultation.

Subsequently, the specialist determined that the behavior of the patient after disappearing from the consultation, would be associated with the fear of getting rid of that phobia, and would mean a total change in the way he managed his life and sexuality so far.

Let’s say that phobias are defined as an excessive fear of something that we know will not happen, constituting an irrational panic. More specifically and taking into account the circumstances of this case, phobias of sexual origin occur in relation to the genital organs of people. In this way, the subjects that suffer from it, will avoid by all means the sexual encounter, although they may want it.

According to the specialist, within the field of phobias of sexual origin, the fear extends in various situations: At the time of giving a kiss, or having contact with the sexual organ of the other person (or with one’s own) and even to address a conversation of a sexual nature. There are situations, in which subjects who suffer from this phobia and have married, have never managed to consummate the sexual act or to intimate the least with their partner.

In relation to the treatments on which the specialists speak, they bet mainly by the desensitization therapy combined with drugs, to control the serious attacks of anxiety. More specifically, we talk about the use of specific antidepressants.

On the other hand, another specialist in sexology at the Durand Hospital, focused on the study of the different degrees that we can find within this type of phobias. For him, cognitive-behavioral therapy, would be the ideal to treat these cases and find a cure in this regard. This therapy brings the patient progressively closer to their phobias, managing to reduce anxiety levels prior to the origin of fear.

So, in the case that I explained to you at the beginning of the text about the woman who was afraid to be penetrated, this therapist would start working on how this person perceives his own body, and little by little, he will advance with similar questions until he can reach the origin of the phobia and eliminate it. This specialist also recommends the combination of therapy sessions along with some type of medication to control the problems derived from the phobia, such as anxiety or panic attacks.

Finally, I will talk about the testimony of another specialist whose field of work also focuses on sexuality. This professor of the Open American University, also agrees on the steps to follow with the other two specialists of which I have spoken before.

Only, the teacher in sexuality clarifies that although they are not easy phobias to treat, he has developed with his team an intensive method with great guarantees. His therapeutic method is based on finding exactly where the fear lies, at the time of approaching the sexual act.