The physical context of communication refers to each of the tangible and perceptible elements through the senses that surround the speakers when engaging in a communicative event. These elements directly affect both the sender and receiver, facilitating or complicating the flow of the message.

The word context has its origin in Latin, comes from the word contextus, which means “union of several elements.” Then, it can be said that the physical context of communication is the union of the different elements that are present when two interlocutors communicate.

The physical context of communication is one of the four contexts that make up the communicative event. Together with this we can get to the semantic context, referring to the meanings of the words and their correlations; the situational, subject to the circumstances; and the cultural, subject to customs.

For the senders and receivers – in the continuous exchange that implies the transmission of a message – each factor present in this communicative space counts. The common ways that interlocutors use in this area to transmit the message are oral and non-oral.

We must bear in mind that not only the interlocutors emit ideas within the physical context of the communication. In the context there are communicative components that, although they are static, do not stop issuing their messages.

When referring to the “dynamism” of the context, reference is made to the series of data that the interlocutors of the surrounding space are constantly perceiving at the moment of communicating.

Although it seems that the physical context is immovable, the elements that shape it transmit information that is perceived by the interlocutors.

In turn, this series of data are assimilated according to the personal context of the individuals, which is related to their upbringing, educational, social and other aspects.

Then, when we see a communicative act between two or more people, not only is there an exchange between them, but between them and this contextual entity that for those moments contains them. There is a movement, a constant flow of information.

It may contain noise

It is called “noise” in the communicational field to everything that generates inconveniences at the moment when two people exchange messages. Not only refers to the concept known associated with “annoying sound”, but everything that truncates, complicate or mess up the message preventing it from fulfilling its function.

The contextual noise in its physical section involves many aspects of a subjective nature. Imagine a neutral environment: white walls, two chairs and a table, all arranged for communication to flow. However, one of the interlocutors is distracted by the light colors because the walls of his house have the same tone and effect on him.

Something as superficial as that can change the context and bring with it the dreaded “noise”. If there is something clear that this section leaves is that, however much you want, there will never be a hundred percent communication lacking stimuli of this type.

It can be modified

The physical context can easily be changed. You can intervene to make its components act as catalysts in the communicative event and avoid as much noise as possible.

It can be modified visually by means of painting, paintings, banners, curtains; You can also change their textures and shapes (to generate comfortable sensations to the touch) with rugs, cushions, pose hands, glasses.

The context can also be modified sonorously, by including sounds of nature or classical music. All the above mentioned alludes to achieve passivity and calm in the senses, which theoretically would give rise to the perfect communicative conditions.

This conditioning technique is used by large companies in their warehouses and premises to indirectly convince customers to buy.

The colors, the music and the location of the products on the shelves contain a clear message within the physical context to persuade customers to invest in their products.

The same happens in schools and universities. The colors of the walls respond to studies on learning, prevent the student from dispersing and foster a better study environment. 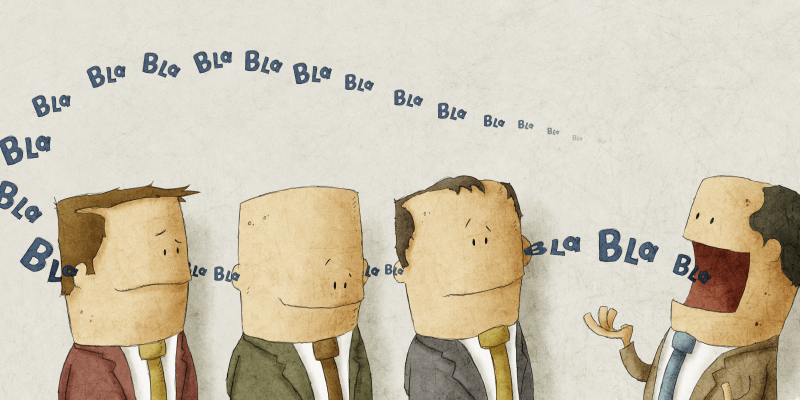 It is subject to major elements

There are two basic types of physical contexts: the open, the outdoors; and the closed, within constructions.

Regardless of where the communicative act takes place, be it in an open place or in a closed one, both are subject to elements that escape from the hands of the interlocutors and the context itself. We can call them “supraincidents”.

When these supra-incidents occur, they can generate a noise that diminishes the message or, on the contrary, cancels it completely.

For example, you can go to a speech in a park, with the sky clear and the birds singing, all attentive to the event and, out of nowhere, a storm appears. Everyone automatically flee.

Another example can be to be in a closed room, with projector, air conditioning, microphone and everything arranged when, suddenly, the light goes out.

“The trade unionist was on the platform, in the workers’ plaza, issuing a statement to the workers who were there. The day was clear. People passed and watched. There was a car crash in the upper corner of the square, which caused the cars to play their horns and many citizens ran terrified. However, nothing prevented the statement from occurring. The workers, determined, approached the receiver more to listen to him better “.

Recall that “context” means “grouping of elements”. In this case the clear elements were the good weather, the people passing by, the stage and all the notices, fountains, banks and statues that could be in a square.

The noise was caused by the collision of the cars, there was a “sonorous” noise – redundance is lacking – and another referring to the commotion that was generated among the people, commotion generated movement and that could make the attention of you listen to them. “

“Luis was giving his workshop in the classroom. The light was dim to appreciate the overhead projector images. The young man spoke through a microphone that allowed him to hear him clearly.

All paid attention to him except Jose, who was entertained playing with his cell phone. While this bothered Luis a little, the exhibitor decided to continue without taking it into account. The exhibition was a total success. “

The context is made up of: the classroom, the chairs and tables, the microphone, the dim light, the overhead projector and the other elements of the classroom.

The noise was provoked by José who, when entertained by his game, broke the communicative link.