The Positive Psychology is a new approach within psychology that allows studying the dimensions of the normal person without disease and studying what their strengths and their strengths are. It is the scientific study of the optimal functioning of the human being. And it shifts its focus to health, well-being, achievement and quality of life.

It was defined by Seligman and Csikscentmihalyhi in 2000 as the area of ​​scientific study of positive experiences, positive individual traits and programs that help people to improve their quality of life. The founders of Positive Psychology propose and emphasize the positive aspects of the human being.

It is a branch of psychology that appears more than 15 years ago and seeks to seek and understand through scientific research those aspects and processes that are behind the positive qualities of the human being.

They seek to study the strengths, positive emotions and virtues of the human being and what are their consequences for life, aspects that have been found catapulted by the dominant medical model for years.

For example, in an @nalysis to see the number of positive and negative publications (between 1872 and 2003), it was possible to verify how the study of the negative subjects was twice that of the positive ones.

The three basic pillars of Positive Psychology (Seligman, 2009) are the following:

The formal beginning of Positive Psychology is quite recent, and is made by Martin Seligman in a conference to begin his term as president of the American Psychological Association in 1999. It has barely more than a decade.

However, it is true that to speak of its origins we can go back a long time ago.

The truth is that well-being has been present over time. Western Philosophy, for example, has always tried to @nalyze the conditions for attaining well-being.

And different authors, among whom we can highlight Aristotle, Spinoza or Schopenhauer, have reflected on happiness.

In psychology, we also find authors like James, All port, Rogers, or Maslow.

Happiness and the adequate and optimum functioning of the human being have been studied for example of the hand of Maslow through the self-realization or of Allport with the psychological maturity.

Psychology has recently begun to consider subjective well-being, the strengths of human beings as factors of study, and what factors make people happier.

It is in the year 2000 when it appears written, for the first time, the expression of?? Positive Psychology?? (Positive Psychology), by Seligman and Csikszentmihalyi, arguing that perhaps this is the most formal beginning.

It all comes at an informal meeting held by these two researchers during their vacation and in which Seligman attends, looking at his 5-year-old daughter that psychology has always been based on illness and has not cared about the positives.

Seligman realizes that psychology has been focused on the prevention, diagnosis and treatment of the human psyche, based on the reductionist medical model and setting aside human strengths.

During the twentieth century this conception began to change, also based on the fact that health is no longer considered simply absence of disease.

To be healthy and to have health requires not only lacking illness but having a complete state of well-being. The approach begins to be more autogenic.

To do this, we need to study the positive resources people have and promote the strengths of each one of us.

Its authors, Seligman and Csikszentmihalyi define it as the scientific study of human strengths, the adoption of open perspectives focused on the potential of the human being, noting their motivations and their characteristics.

Positive discipline is considered necessary because in the psychological reality it is necessary to take into account not only the negative aspects, but also the positive ones to better understand people clinically.

The debate within Positive Psychology

There has been a debate about the existence of Positive Psychology as an independent branch within psychology that will be in charge of @nalyzing what were the positive factors of the human being.

This new branch would be in charge of studying happiness and well-being and not focused on psychopathology and deficit.

The debate has arisen because some researchers argued that this area of ​​psychology is nothing new, since psychology, by definition, also takes care of these aspects.

However, many others contend that the fact that it is not something completely new does not imply that it cannot be offered an individual plot where to be explored in a more profound and open way, rediscovering what it can offer.

What is true is that psychology has focused, for many years, on studying the pathological and what makes people unhappy.

So much so, that the psychologist continues to be, today, a professional to go to treat symptoms, psychopathology and perform psychotherapy.

– Expand the vision of psychology to stop focusing on harm and psychopathology and focus on the strengths, virtues and potentialities of the person.

– Share a common language about all the positive traits of the human being.

– Provide scientific rigor to the positive study of the human being.

– Promote well-being and fullness in all human beings.

– Investigate everything that relates to the subjective and psychological well-being of individuals.

And with all this, he has managed to put on the table the study of new areas of psychology that were previously considered more irrelevant.

The most relevant constructs of Positive Psychology

The construct of happiness is one of the central aspects of Positive Psychology. It is not a new concept, since happiness has been part of the hedonic and eudaimonic philosophical currents.

The perspective of hedonic happiness is represented by the “subjective well-being”, that is, the level of satisfaction of the person regarding his life, what level of positive and negative affect he has.

On the other hand, we find the eudemonic perspective, initiated by Aristotle that speaks of happiness as personal well-being.

As we have said in the construct of happiness, subjective well-being is born from the hedonic perspective, since the authors have found that it is formed by: vital satisfaction, positive affection and negative affection.

They are three different entities among them, although they are related, for that reason it conforms this construct that includes all three.

Within this perspective are included different models. One of the most important would be Ryff’s.

It is considered within that model that there are different domains in appropriate personal development, which include autonomy, control, personal acceptance, growth and positive relationships with purpose).

Other authors, such as Ryan and Deco, argue that there are two aspects: first, the human being satisfies his basic needs and then the goals are congruent with his own life.

Seligman and Peterson, for example, propose a model that includes 24 strengths, among which include: curiosity, love of learning, critical thinking, creativity, perseverance, honesty, love??

Another of the most relevant constructs is positive emotions, such as love or humor, for example.

One such example is the Flow of Csikszentmihalyi (1997), which is a feeling of pleasure or intrinsic well-being that is experienced when a person becomes absorbed in the task he is performing and loses the temporal notion.

Another of the interesting aspects in Positive Psychology is the optimal functioning of people, as well as the variables that relate to it.

For example, from traditional psychology has been studied which factors lead to certain pathological reactions to be able to intervene and prevent.

However, from this focus would focus on survivors or those who do not end up developing any problem, i.e., do not present any disorder. We would talk about resilient people.

Resilience could be defined as the ability of people to adapt to traumatic situations and strengthened experience.

Interest in the study of optimism also comes from Seligman, who proposes the Theory of Learned Indefension and later becomes interested because optimism could also be so.

Optimism is the psychological characteristic that predisposes people to see and judge the future more positively.

Optimism is considered one of the most interesting constructs to promote well-being in individuals.

Optimism could act as a moderating factor in a person’s health and behavior, as it would motivate him for behavior that promotes change. 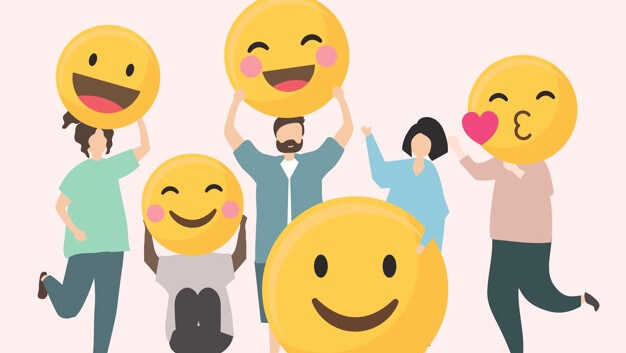 The study of creativity has also been resumed from this approach, such as the ability to produce and create new things, whether it is works of art, thoughts or innovative problem solving.

The interesting thing is that creativity is discovered as something that can be learned and developed.

It is about the strengths of each person are psychological characteristics that arise in different situations over time that have positive consequences.

Strengths create positive emotions and are barriers that protect against illness.

Other concepts studied from Positive Psychology include well-being, satisfaction with life and quality of life.

How is Positive Psychology constructs measured?

In addition, the novelty of Positive Psychology also lies in the scientific study, defines and uses novel concepts referred to the field of happiness.

In addition, they are operative so that they can be measured and generated measurement instruments and experimental designs that can measure in a reliable and valid way different concepts such as optimism or subjective well-being.

There are instruments to measure the level of satisfaction with life and to measure positive affect and negative effect, all based on the hedonic perspective of happiness. For example, the PANAS Scale (Watson, Clark and Tillage, 1988).

For example, to measure the virtues proposed by Seligman and Peterson, we find the VIA ( Values ​​in Action) , which has 240 items with 5 possible answers where you can assess what level a person has in each of them.

He defines 24 strengths in six categories, which are: wisdom and knowledge, courage, humanity and love, justification, temperance and transcendence.

To measure optimism, we have the Life Orientation Test (LOT), Schemer and Carver, which evaluates expectations for the future.

The most relevant applications of Positive Psychology

Positive Psychology opens up great areas of research and treatment, not only in the field of research and psychotherapy, but also affecting teaching and the quality of human life.

Different techniques have been tested, in which it has been observed that they are effective, through experimental studies and with significant changes in the groups in which they have worked since Positive Psychology.

Also Read: How to Be Solidarity in Life: 10 Simple Steps

These techniques aim to increase the well-being and happiness of people through optimism, kindness, forgiveness or gratitude, for example.

The different researches have concluded that, for example, identifying strengths is associated with greater happiness and less depressive symptoms.

Strengths are also associated with better health and greater performance in managers.

Positive Psychology is important given that it is a field within psychology that seeks to improve the quality of life of people by focusing on the positive aspects of those who have.

Positive Psychology is young but endowed with scientific rigor, with solid studies and positive changes in people’s lives.

This discipline aims to give new knowledge about the human psyche, to solve not so much the problems of the human being, but rather to reach the quality of life without losing sight of the scientific methodology.

It aims to define what makes life worth living, the aspects that lead us to be happy, to prosper and to live a life with meaning and fullness.