The selective mutism in a child is an anxiety disorder characterized as a difficulty usually starting in childhood, presented persistently in those social situations where it is expected that the child is verbally expressed.

The low knowledge about the characteristics, concomitances, and treatment for selective mutism in child make it a diagnostic of consideration: a large number of children are not diagnosed early, or are misdiagnosed, depriving them of an adequate and timely intervention. 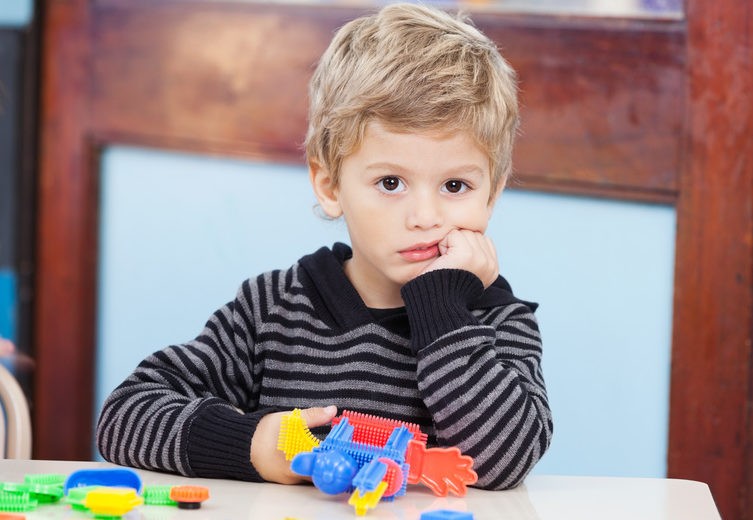 Linguistic abilities are mostly preserved and do not occur as a consequence of a communication disorder (eg, generalized developmental disorders or stuttering). It also does not appear exclusively during the course of a mental disorder, such as schizophrenia or another psychotic disorder.

The essential characteristic of selective mutism is, therefore, the persistent inhibition of speech in specific social situations, occurring generally in the first years of life and very often occurring in an evident way once the child reaches the age in which Begins to interact socially outside the family environment, as during the first stage of schooling. The child faces a high level of personal suffering and important problems of adaptation to the environment that can influence their personal, social and academic development.

Most of the child population with this disorder have a genetic predisposition to anxiety. This means that they have inherited a tendency to anxiety from several family members and are therefore vulnerable to developing disorders of this type.

Frequently, this behavior is shown by the difficulty of separating from their parents, or due to a very dependent behavior, extreme shyness, inflexibility, sleep problems, bad mood, frequent tantrums and crying. The persistent fear of communication begins to manifest itself through symptoms, such as lack of expression on the face, paralysis, lack of reactions, a rigid posture, poor smile and, of course, autism.

Do you know about the Types of Nationalism?

By avoiding the use of oral language, the child can develop other forms of alternative communication, using gestures or head movements, whispering in the ear, pushing or pointing to ask for something. If they are older, they usually communicate through written language.

Studies have shown that part of the child population is born with an inhibited temperament. This manifests even in newborns, and parents realize that their children are more likely to be suspicious and fearful of new situations or environments. Research has also shown that these children of inhibited temperament have a lower threshold of excitability in an area of ​​the brain, called the amygdala.

Typically, the amygdala receives and processes signals of potential danger, triggering a series of reactions that help the individual to protect him. It has been found that in anxious people, the amygdala seems to react too much and triggers anxious responses even though the individual is not really in danger.

In selective mutism, responses to anxiety are triggered by social development in school, playgrounds, or social gatherings. Although there is no logical reason for fear, the feelings the child experiences are as real as those experienced by a person with a phobia. A child with this disorder is muted because he is not able to overcome the feeling of fear that he experiences when others expect him to communicate orally.

Do you have any relatives with this problem? You can comment in the comments section. Thank you!

A lot of families around the world often despair of finding an early diagnosis and successful therapy for their children, but many times they cannot find qualified or experienced therapists in this area.

It is common for both doctors and teachers or other professionals to tell parents that their child is simply shy or will overcome this behavior over time. Other professionals incorrectly interpret mutism as a defiant or oppositional behavior; As if mutism were a way to manipulate and control other people.

Early and timely diagnosis may also be difficult if we consider that some parents are also reluctant to have their children evaluated and treated. This may be due to:

– They are not aware of the severity of the symptoms that are manifested in the school or in other areas,

– They have been told that it is a simple shyness, which makes them reluctant to accept other explanations,

– Some parents or close relatives have suffered from Selective Mutism or excessive shyness during childhood and think that it will resolve over time,

– Some parents reject the fact that the child can be “labeled” with a diagnosis.

The average age of diagnosis is between three and eight years: however, many families report that their children showed signs of excessive shyness and/or inhibition from early childhood, but it is when the child is enrolled that the mutism becomes more apparent, Since there is the expectation of interacting socially and verbally with others.

Although there is currently no established treatment, there are studies in different countries that suggest behavioral and multicomponent interventions. This involves treating the different actors in the daily life of the child, such as the family beyond the parents, the school and the child’s friends and friends.

Once the child has been diagnosed with Selective Mutism and the predisposing causal factors have been defined, they precipitate; intervention should be started that contemplates the family-social, school and personal. This intervention must revolve around two primary objectives:

– On a general level, to improve the personal and social conditions of the child, from the psychological and pedagogical aspect

– At a specific level, where the figure of the speech therapist enters, directly influencing the verbal interaction, promoting the child’s need to communicate with different people and in different environments, achieving a gradual reestablishment of verbal communication of the child and increasing social interaction.

How can parents help?