The cerebellum disorders can produce a wide variety of deficits, affecting the development of behaviors belonging to the motor sphere as other areas of intellectual functioning.

Since 1800, different clinical reports have described individuals with damage to the cerebellar territory, including lack of development of this structure or atrophy. In these studies, we describe intellectual deficits, emotional deficits, and even new – psychiatric disorders. In addition, subsequent clinical studies identified a relationship between the cerebellum and personality or aggressive behaviors.

On the other hand, in the central and late decades of the 20th century, clinical research focused on the description of cognitive problems that were systematically presented in patients with cerebellar atrophy. These alterations included verbal intelligence, visuospatial skills, learning, memory, and frontal system functions. 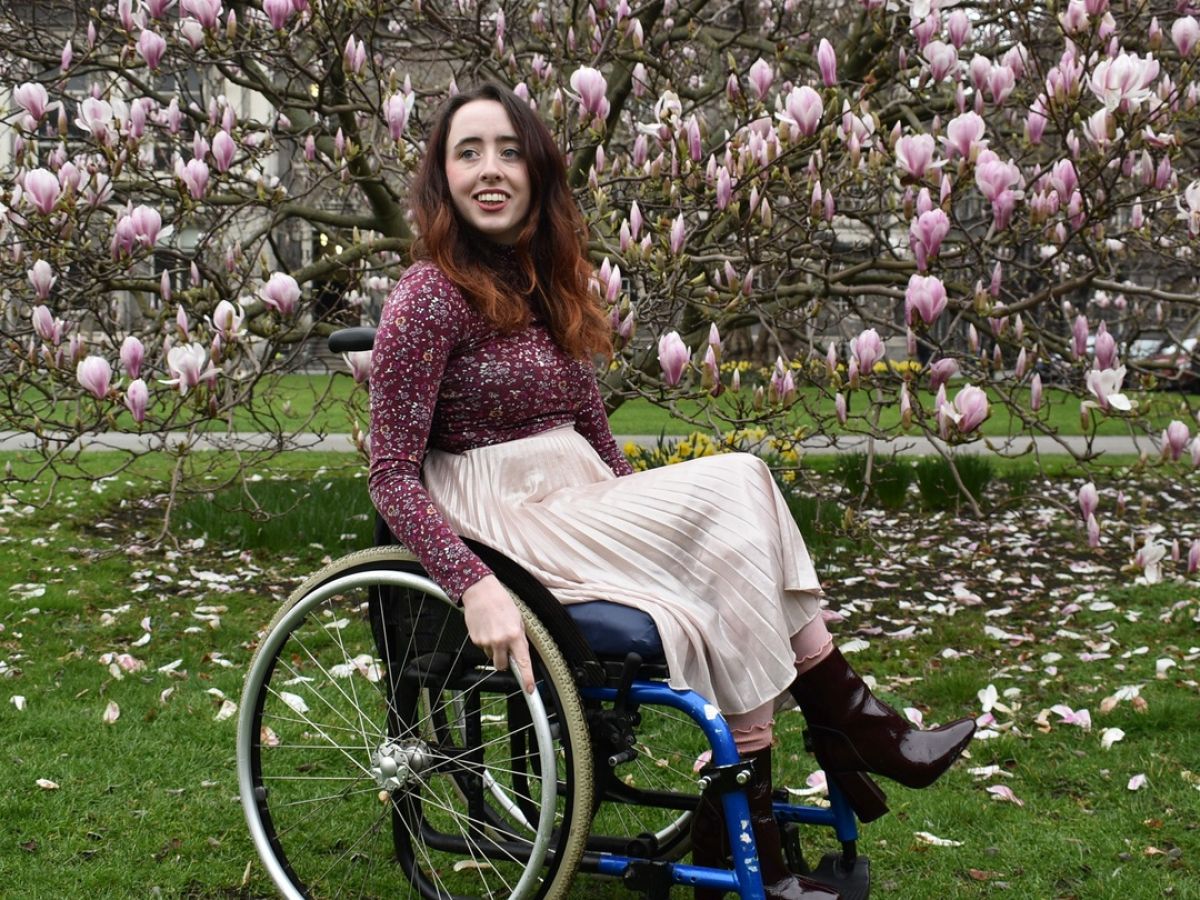 In general, many of these are expected to produce motor syndromes related to motor coordination and balance, although various current investigations have increased the evidence for the presence of emotional, behavioral or effective alterations.

At the cognitive level, cerebellar lesions may be associated with a rather extensive group of symptoms, among which the symptoms and deficits in memory, learning, language, executive functions, inhibition, and cognitive flexibility and even planning.

Do you know about What is Memory?

A cerebellar vascular-cerebral accident does not always imply an impairment or motor deterioration, which provides preliminary evidence for the motor topographic organization, against non-motor functions in the human cerebellum.

In the study by Schmahmann et al. (2009) examined patients with cerebellar stroke, with the hypothesis as follows: If the traditional view that the role of the cerebellum is restricted to engine control is correct, then anywhere in the stroke acute in the Cerebellum must, by definition, impair motor function. In contrast, if the topography hypothesis is correct, then there should be no non-cerebellar motor regions in which a significant infarct would have no impact on motor control.

In this study, 33.3% of the patients who were examined between 6 and 8 days after the onset of the stroke were benign and normal, demonstrating that there is no sign of cerebellar motor syndromes characterized by ataxia of gait, Appendiceal dysmetria or dysarthria.

This and other studies have demonstrated that the cerebellar motor representation is located mainly in areas of the anterior lobe, especially in the lobes III-V and to a lesser extent in the posterior area, specifically the lobe VI.

On the other hand, Baillieux et al. (2010) in a functional neuroimaging study showed that 83% of the patients examined showed significant cognitive impairment or affective behavior.

Within this area, we can differentiate four types of tumors: medulloblastomas, cerebellar astrocytomas (which may affect the vermis or cerebellar hemispheres), brain stem tumors and ependymomas.

Due to the enormous increase in the survival of this type of patients due to the improvement of the surgical and pharmacological treatments, different studies have investigated the possible cognitive sequelae of the tumors, however, the possible relation between the cognitive deterioration and the cerebellar lesion has often been ignored.

Patients with this type of neoplasm may present damage to the cerebellum due to tumor growth, tumor resection, or due to chemotherapy and/or radiotherapy. As in the case of cerebellar vascular-cerebral type accidents, some studies have shown that lesions in the right cerebellum areas may involve linguistic or visuospatial deficits, whereas lesions in the contralateral hemisphere will imply the opposite effect. On the other hand, the damage in the midline, in vermis, would affect effective regulation.

In general, cognitive and behavioral problems derived from cerebellar malformations have been studied in children with cerebellar agenesis (partial or complete absence of the cerebellum) as well as cerebellar ataxia.

Traditionally, it has been thought that the cerebellar malformation or absence did not involve any functional sign or functional symptom or that it was even asymptomatic, however, this view turns out to be erroneous.

Gardner and colleagues described different motor deficits and intellectual disability in several patients with near complete agenesis. On the other hand, Schmahmann; (2004), described the appearance of motor and behavioral deficits in children with a partial or complete absence of the cerebellum, associating the severity of the symptoms with the degree of agenesis severity.

These patients had ataxia, motor retardation or clumsy motor deficits, whereas the behavioral traits included autistic signs. Other cognitive deficits that affected the executive function (disinhibition or abstract reasoning), spatial cognition, or language were also described.

As we have reviewed earlier, studies over the past two decades have shown that the cerebellum plays a key role in different cognitive domains.

Approximately 5% of children and adolescents between the ages of 6 and 17 years are diagnosed with ADHD, whereas in most of the individuals (between  30-50%) the disorder continues to persist into adulthood.

This type of disorder is characterized by three types or groups of symptoms: attention deficit,  impulsivity and/or hyperactivity. In addition, in many cases, individuals with this type of disorder often have deficits in motor coordination, balance or movement execution.

Little is known about how the brain develops in patients with ADHD during the course of this disorder. An increasing number of studies have begun to show evidence of the presence of abnormalities affecting areas such as the cerebellum and corpus callosum. These studies show morphometric alterations related to cerebellar volume.

Castellanos et al. (2002) found volumetric abnormalities with a reduction in the size of the cerebellum. However, Ivanov et al. (2014) found that in comparison to healthy participants, young people with ADHD exhibit smaller regional volumes corresponding to the lateral surface of the left anterior part and the posterior area of ​​the right cerebellum.

In general, the cerebellar reduction is a recurring theme in studies investigating the relationship between ADHD and the cerebellum. However, to date, these studies have explored unique and proven participants once they have been diagnosed with ADHD. This means that we cannot determine if abnormalities in the cerebellum were present from birth or if they develop during the child’s growth, and how this affects the etiology of ADHD. (Philips et al., 2015).

The ASD or (ASD) is a developmental disorder characterized by impaired social interactions, partial or nearly total and verbal communication patterns of behaviors and restricted interests. In addition, the TEA includes a variety of motor symptoms among which we can highlight stereotyped and repeated movements.

Different studies have shown that several brain areas may be related to this disorder: prefrontal areas, cerebellum, limbic system, and amygdala. The cerebellum may influence the motor cortex and the prefrontal cortex, responsible for motor control and social cognition, so it would be possible that cerebellar abnormalities caused many of the symptoms observable in ASD.

Currently, three types of cerebellar abnormalities have been identified in individuals with ASD: reduction of Purkinje cell function, cerebellar volume reduction, and interruption of connections between the cerebellum and different brain areas.

Although future research is needed to establish the key anatomopathological features in the different anomalies described, the reduction of the volume of the upper vermis area may constitute the main anatomical substrate of the signs and symptoms that underlie ADHD.

The schizophrenia presents a wide range of symptoms from different psychological domains, including cognitive deficits are also included. Deficits in learning, memory, and executive function are present in many patients. In addition, many of these symptoms are similar to those observed in patients with focal damage to the cerebellar cortex.

The neuroimaging studies performed with schizophrenic patients suggest that the variety of cognitive symptoms expressed in these is related to a dysfunction of the pathways between the cerebellum and the cerebral cortex.

Many suggest that alterations in cortical-thalamic-cortical cortical cerebellar-play a role in cognitive functioning in schizophrenia. (Philips et al., 2015). In addition, a reduction in vermis volume and blood flow in the cerebellar cortex and vermis has been reported.

The different investigations tend to agree that, in patients with schizophrenia may appear a cerebellar dysfunction, which could be causing many of the cognitive and neuropsychiatric symptoms present in this type of patients.

The bipolar transition is characterized by being chronic and by presenting variations of affection, emotion, and energy level.

Neuroimaging studies show that the cerebellar region that is most associated with this type of disorder is vermis. In the review of studies comparing cerebellum volume in bipolar patients with healthy subjects, reductions of cerebellar regions are described. In particular, the volumetric reduction of the V3 region of the vermis is present in a significant way in the patients. In addition, the severity of the symptomatology is associated with wider lesions of the vermis. (Philips et al., 2015).

Depression is characterized by being a mood and mood disorder and is delimited by different physical, cognitive, behavioral and psychophysiological alterations.

Patients with major depressive disorder (MDD) have also shown various abnormalities in the cerebellum. Yucel et al., Found a significant vermis reduction. In addition, studies have also shown a global cerebellar reduction and reduced blood flow to areas of the vermis. In addition, with severe and also treatment-resistant depression, abnormal connections between the frontal lobe and the cerebellum have been described  (Philips et al., 2015).

It has also been shown that anxiety disorders may be related to an increase in excitability present in PTE, GAD, and SAD. ). In sum, most studies of anxiety and cerebellum suggest cerebellar hyperactivity (Philips et al., 2015).