This is scientific common question that what is memory, a memory is a function of the brain that allows humans to acquire, store and retrieve information about different types of knowledge, skills and past experiences. It is one of the most studied human functions in Psychology.

Think of a moment in all the activities that you carry out in your daily life: walking, talking, reading, cooking, working, and driving. All of them have required a previous learning that without the psychic faculty of memory you could not carry them out. 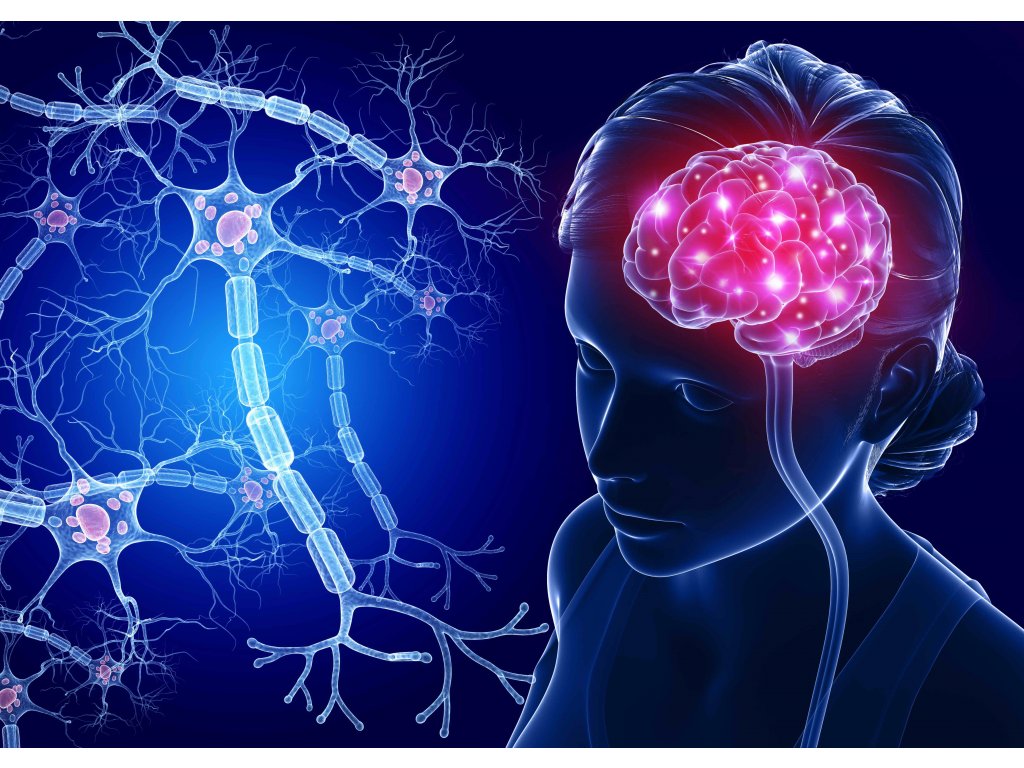 Definition and meaning of memory

According to the Spanish Royal Academy, memory is a psychic faculty by means of which the past is retained and remembered.

Memory is a basic and essential function in your life because it is present in all the activities you do every day.

According to the astronomer Carl Sagan, the human mind is capable of storing a quantity of information equivalent to ten billion pages of an encyclopedia.

But memory is not a perfect storage system. Although human memory is often compared to the storage capacity of a computer, the differences are in the way of retrieving stored memories or files.

The computer recovers a file without any modification or change, regardless of when it has been stored; while memories recovered from memory can be altered and modified by many factors.

Memories can be influenced by other memories, by the reception of new information, by the interpretation you can make of what happened, by your creativity, by your capacity for invention.

It can also happen that you modify the memories to fit your expectations, resulting in memories that contain errors and distortions.

This ability to modify memories can go so far as to generate fake memories unconsciously. This possibility is found much more frequently in children compared to adults.

Memory, although it does not keep literal copies of what has happened as computers do, is a reliable system that allows you to remember accurately.

Regarding the location of memory, there is no specific physical location where it is located but is distributed by different locations of the brain.

Do you know human brain function?

In this way, we can find different types of memory, which we will then located in the prefrontal cortex, temporal lobe, in the hippocampus, the cerebellum, the amygdala, in the basal ganglia…

There are many errors of knowledge that the population handles daily, mistaken beliefs that have expanded over time and are believed to be true.

Something similar happens with memory, which is conceived as a unitary and indivisible system. As we will see below, this belief is erroneous, since the memory is formed by a set of very different systems or subtypes of memory that are each responsible for a certain function.

For this reason, the expression “I have very good / bad memory” is not correct, but most likely you are good or bad in some of the subtypes of memory that from memory and not in memory in full.

“Is an anatomically and evolutionarily different structure from other memory systems and differentiates by its methods of acquisition, representation, and retrieval of knowledge.”

It is a system of memory that is responsible for recording the sensations that are perceived through the senses and to recognize in a superficial way the perceived stimuli.

Sensory memory is a system or subtype of memory that in turn is formed by two other subtypes:

Iconic Memory: is the memory system in charge of recording the visual stimuli and has a holding capacity around 300 milliseconds.

Ecoica memory:  the memory system in charge of temporarily storing the auditory stimuli when they disappear and has a greater retention capacity, around 10 seconds.

Although the sensory memory is a transient system, of very short duration, thanks to this system you are able to remember the sounds you just heard and the details of the images you just saw.

Short term memory:   is a system of passive storage memory that is characterized by the ability to retain information for short periods of time.

Its storage capacity is limited, approximately 7 plus minus 2 items for 18-20 seconds if retained information is not reviewed.

For this reason, you are able to remember a phone number for a few seconds and after a few moments, you forget.

In this way, you will remember seven groups of elements that in turn contain simple elements, so that the number of elements remembered will be greater.

For information to be kept in the short-term memory for more than ten seconds, you should review that information. If it is not reviewed, the information will eventually disappear and you will be unable to remember it.

However, when reviewing is sufficient, the information that is in short-term memory is transferred to long-term memory.

So if you want to remember a phone number that you have just been told or any other element, you should review it mentally until you learn it, which will mean that the information has been transferred to the memory in the long term.

Working memory or working memory: it is an active memory system that maintains information temporarily during the organization and execution of a task.

That is, working memory allows you to retain and manipulate the information necessary for you to cope with the demands or tasks required.

Although its storage capacity is limited, thanks to this memory system you can perform several mental tasks at once, such as understanding, reasoning, retaining information, acquiring new knowledge and solving problems, among others.

The working memory or operating memory is closely related to long-term memory, which provides the information necessary to perform the tasks.

If you stop to think, working memory is involved in any kind of mental activity, such as reading comprehension, mathematical operations, task organization, and goal setting.

As with sensory memory, working memory is also composed of systems or subtypes of memories, specifically composed of the central executive and two subordinate systems: the phonological loop and the visuospatial agenda.

A) Central Executive: it is the most important system of working memory; it is the system that is responsible for supervising, planning, organizing, storing, processing, making decisions, executing tasks…

The central executive is also responsible for coordinating the phonological loop and the visuospatial agenda, as well as handling the information with the aim of being able to face the demands, the tasks that you have to carry out at any moment.

The central executive is the type of memory that allows you to set goals, plans, change tasks, select a stimulus, and inhibit a response.

B) Phonological loop: also called verbal operative memory, is the memory system specialized in storing and manipulating the verbal information

Thanks to this system of memory you can orient yourself geographically, plan space tasks and understand texts.

Both the phonological loop and the visual-spatial agenda have limited storage capacity and are susceptible to modify the information received.

Working memory helps us perform many of the tasks of our daily life, for example: to organize the tasks that you have to perform each day, to check if you have been charged the coffee, read the posters while you drive.

When you talk about memory in general, you mean the long-term memory, which is responsible for storing your memories, the knowledge you have about the world, the images you have seen, the concepts you have learned.

Declarative or explicit memory: This system of memory refers to facts that you can consciously and intentionally remember and is divided into two new subtypes:

A) Episodic memory: also called autobiographical memory, is the one in charge of storing your own experiences, that which happens to you.

When a friend asks you what you did last weekend and you tell him all the plans you made, who you were with and how you spent it, you are using episodic memory to respond because you are talking about what you have experienced in the first person. This memory system is the first to be damaged by older people.

When you are taught an apple and you are asked what kind of fruit it is, you are using semantic memory to respond, you are using the knowledge you have acquired throughout your life to answer the question that has been asked.

Thanks to the semantic memory you are able to associate words, symbols, and concepts, you are able to know the capital of your country and the name of the president of the government.

Procedural or implicit memory: this memory system is in charge of storing the information regarding the skills or acquired skills

Once you acquire skill and consolidate yourself in procedural memory, you proceed to perform that skill unconsciously.

In this memory system can be stored motor skills, such as riding a bicycle or driving; Cognitive skills, such as mental calculation; Habits, such as brushing your teeth; Emotions, like a phobia.

As you can see the memory is composed of a complex network of systems or subtypes of memory that interact with each other to acquire, store and remember all the information you receive.

You just see the different memory systems that exist. Now I’m going to explain how they interact with each other in order to form memories.

Before an external stimulus, the first memory system that is put into operation is the sensorial memory, which is responsible for perceiving the sensations and physical characteristics of the stimulus with which we are interacting.

The information received by the sensory memory is sent to the short-term memory, where it will be kept passively for a short time. So that the information is not forgotten at this point, it must be repeated.

In the event that we have to perform some mental task, the operational memory or work memory will enter the scene, which will be in charge of carrying out all the tasks necessary to face the demands demanded.

If the operational memory is activated, the central executive, the phonological loop and the visuospatial agenda will be activated.

This is the path that travels the information provided by external stimuli to become memories in our memory.

The German philosopher Hermann Ebbinghaus dedicated many years of his life to the study of memory, arriving at very interesting conclusions.

According to this author, forgetting occurs in a progressive way, so that within a few days of studying a material you only remember a small part of what you have studied, having forgotten most of the information learned.

To avoid this phenomenon you must review the information studied with the aim of transposing it adequately to long-term memory, thus avoiding its forgetfulness and consolidating its learning.

For this reason, it is advisable to study in a time-spaced manner instead of studying intensively in a short period of time.

Another curiosity about memory is the primacy effect and the recency effect.

The primary effect and the recency effect refer to the fact that what is presented in the first and last place is more easily remembered.

For this reason, we remember better the beginning and end of a telephone conversation, a reading, a song, a movie.

As you have been able to see memory is not a single and indivisible unit, but a complex network of memory systems that interact with each other to acquire,  store and recover knowledge, skills and past experiences.