The effects of the antidepressants can be: sexual alterations, weight gain, digestive problems, alterations in the dream or cardiovascular problems.

The use of antidepressants has increased in Spain by 200% since 2000. This figure summarizes the importance of these drugs for mental medicine and is a sample of the impact of depression on the quality of life of people afflicted.

Side effects of antidepressants

Depression is a disease that physically and mentally affects people who suffer from it, causing serious problems in their daily life and that of their relatives (family, friends, emotional partners or co-workers). Its appearance has to do with biological, genetic and psychosocial influences.

The depression occurs with different symptoms such as apathy, sadness, social isolation and fatigue. But there are more serious cases in which the patient tends to value suicide.

According to the World Health Organization (WHO), about 350 million people suffer from this disease in the various variations in which it occurs and is responsible for the death of approximately one million people a year. A worrying figure that is also increasing, but that holds a halo of hope because there are several procedures to be able to treat and overcome. 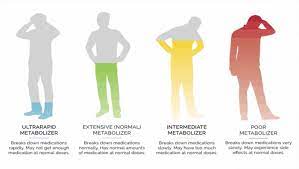 Among the most effective methods are on the one hand psychological treatments such as cognitive behavioral therapy, behavioral activation or interpersonal psychotherapy.

On the other hand, although doctors and psychiatrists recommend avoiding it as much as possible, depressive drug therapy (or antidepressants); today comprise 33% of treatments in countries such as the United States.

Antidepressants can be classified into four major groups:

– Tricycles (ADT). They were born with an antipsychotic function, but soon their benefits for depression were discovered. The most important are Imipramine, Amitriptyline, and Nortriptyline and in addition to combat depression are indicated for neuropathic pain.

– MAO inhibitors (MAOIs). They are usually used as a last option because their excessive stimulation of the Central Nervous System (CNS) causes detrimental negative effects. Some of the best known drugs in this group are Fenelzine, Tranylcypromine and Moclobemide.

– Inhibitors Selectivados reuptake inhibitor (SNRI). Fluoxetine (Prozac), Paroxetine (Seriate), Sertraline (Zoloft), Fluvoxamine (Demerol) and Escitalopram (Aerogram) are among the most popular. They are the ones that patients tolerate better because they lack ant cholinergic, cardiovascular and do not interact with tramline. They represent 70% of the prescriptions in Spain.

– Other antidepressants. They are known as dual antidepressants (Venlafaxine, Dulotexin) and antidepressants with diverse and predominantly noradrenergic action mechanisms (Mirtazapine, Reboxetine). They differ from the others in that, to the action of inhibition of serotonin recapture, they add this effect to noradrenalin.

Antidepressants help improve mood, reduce feelings of sadness or increase physical activity and interest in the environment, but do we know what the adverse effects are on antidepressants?

The use of psychotropic drugs as antidepressant therapy only demonstrates their efficacy in cases of moderate or severe depression. This is because a patient with a mild depressive profile could suffer more negative than positive effects.

Although thousands of negative reactions to antidepressant medication could be collected according to the patient’s sensitivity and body, dosage or pharmacological properties of each (ADT, MAOI or SSRI), we will focus on the 5 side effects of the most common antidepressants suffering the patients.

They are the most common long-term side effects. It is estimated that about 60% of patients taking antidepressants suffer from some type of sexual disorder. The most common are:

– Delayed effect or incapacity of ejacul@tion in men.

– Inability to reach 0rgasm in women.

For example, Fluoxetine, one of the most commonly used drugs, had problems with erectile dysfunction or abnormal ejacul@tion in 75% of the cases. However, they are data that should be looked at with a magnifying glass, since most of the research is based on SSRI drugs, varying the results considerably between one study and another.

Linked to anti-depressants IMAO or SSRIs, an article published by the American magazine Frontiers in Psychiatry states that 22% of patients taking antidepressants suffer some type of sleep disorder. This occurs because of a known serotonergic syndrome effect that causes:

The Paroxetine or Escitalopram are some of the psychoactive drugs most likely to cause these side effects.

It has always been thought that weight gain in patients with depression was due to the fatigue or sedentary lifestyle that they usually suffer during illness.

However, recent studies indicate that certain antidepressants contribute to altering the patient’s metabolism, slowing down their processes. About 25% of patients who are meditated increase their body weight by 7%, resulting in many patients feeling uncomfortable with their physique and deciding not to continue therapy.

Paroxetine, Imipramine or Deepen are some of the most common drugs to cause this disorder.

It is one of the most common side effects in antidepressant users. Promoted by elevated levels of serotonin, they are not serious but annoying for everyday activity. They appear within a few days of treatment and are exposed in the form of:

– Aggravation of prostate syndrome in the elderly.

Although most of the effects are transient, there are techniques based on diets that include cereals or fiber or a correct hydration based on sips, which alleviate the symptoms.

Patients with depression may experience fluctuations in heart rate and blood pressure. These dysfunctions can worsen with the ingestion of antidepressants. They are more linked to ADT or MAOI antidepressants.

Most are reversible in the short term, but there may be the occurrence of severe arterial hypertension that has sometimes caused death in patients treated with these drugs. Because of these serious side effects, they are often the last choice for doctors or psychiatrists.

Other common effects on antidepressants

Although not usually given with such assiduity, it is not necessary to mention some of the adverse reactions that can produce the psychotropic drugs.

Having mentioned the main adverse effects of psychotropic drug treatment, it is also important to echo the precautions to be taken when treatment is to be discontinued. This caution is due to the fact that suddenly suspending the medication can lead to very annoying sensations such as:

If these behaviors are repeated, the patient should start over with the treatment. So, despite having the feeling of being better thanks to antidepressants, only doctors are the ones who must give the approval to be able to gradually reduce the dose.

Treatment of antidepressants should always be prescribed by a physician or psychiatrist. In addition to diagnosis and prescription, specialists should inform their patients of the precautions to be taken into account during treatment to try to minimize the adverse effects that may be caused.

In the case that antidepressants are not the most appropriate medication and the body does not assimilate them, there are alternatives to be able to deal with depression.

– Cognitive-behavioral therapy (CBT). Of the most used by the specialists and the best results are being obtained. It can be done alone or by combining it with antidepressants. It is based on the understanding of the thoughts and behaviors of the patients to be able to change the negativity of the same ones.

– Interpersonal therapy. It focuses on the relationships with other people and the problems that the depressed patient may have in their relationships. They have a structure similar to CBT.

– Sports activities. Considered by specialists as a natural antidepressant, exercise increases the levels of serotonin and dopamine in the brain, causing a sense of well-being. Helps regulate body temperature, increase metabolism rate with calorie burning or replenish sleep disturbances like insomnia.

– Meditation and acupuncture. Yoga, palates or acupuncture are physical and mental disciplines that are based on the pursuit of well-being. Their practice is well recognized by health specialists and there are studies that claim they can curb the symptoms associated with depression such as nausea, anxiety or insomnia.

Antidepressants have led to a revolution in the field of psychiatry to combat depression, an evil that, as we have previously mentioned, affects millions of people around the world. Its use facilitates an early recovery in patients compared to psychological or physical therapies, but also induces a deep decomposition in the face of any adversity.

Looking for the immediate solution through the drugs (or psychotropic drugs in this case) before any time of overwhelms or overflow of problems creates a weaker society.

This causes that very often the very low level is set in the hour to know if a person is depressed or not, being in the long run a problem not only for the person afflicted, but for the whole society by the social and economic cost that supposes prescribe thousands of antidepressants daily. The use of antidepressants is a good for many people, but it is important to consider their adverse organic and social affects.