The misuse and social media addictions among young people, can promote severe problems in their lives, so watch their routines against this type of virtual socialization is important.

Juveniles commit crimes without knowing it and, what is worse; they do not know how to confront them when they are witnesses or victims. This, along with the time they spend in front of a connected mobile or computer, can also lead to problems such as addiction to social networks.

Some data on the use of social networks

The use of social networks according to INTECO (2011) has increased in Spain to reach 72.3%, this being the number of habitual users of the year 2010. To this data must be added another that ensures that 88.5% teenagers Internet users, ages 16 to 24, participate in social networks. 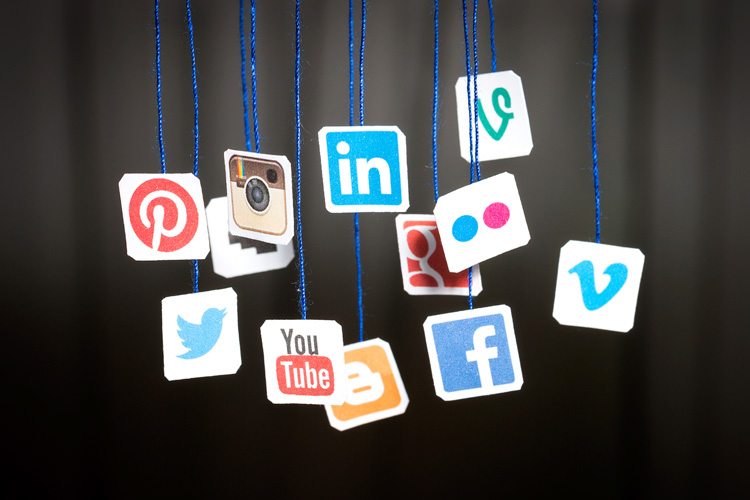 As can be seen, social networks are highly frequented by adolescents since 75.3% are connected very frequently and, if we count those that do occasionally, we would have a percentage of 90% (Garcia Jimenez, Lopez de Ayala -Lopez, & Catalina-Garcia, 2013).

Do young or young people really know about privacy on the internet? Here are some facts from an EU Kids online project:

According to the studies presented in the article by Carbon ell et al. (2012), young Spaniards have problems with the use of the internet, which is usually associated with the uses they give to communicate.

According to Estevez et al. (2009), it is very important for young adolescents to establish new relationships. In addition, they need to feel belonging to a group, so the Internet is considered a quick channel to achieve the above.

Have you stopped to think if the data exposed above refer to a good use of social networks? Do you have the privacy of your account set up? Do you upload photos of children?

Not having knowledge about how to configure privacy, coupled with uploading photos compulsively, is something that affects us negatively. This ignorance can lead to serious problems such as cyber bullying, grooming, sexing or cyber-addiction.

The cyber bullying or bullying in networks, according to Colas (2015) “increasingly occurs at an earlier age, since children are victims of abusive physical or verbal behavior by their classmates, causing them bodily harm or psychic, in many cases irreparable “.

Another risk for young people is grooming, in which an adult pretends to be a minor in social networks and through deception he engages with a clear objective, abuse or sexual assault.

Once we have explained almost all the possible threats that may be suffered by minors, we will focus on addiction to social networks or the internet, which is a type of cyber – addiction.

Alonso-Fernandez (2003) defines addiction as “a series of impulsive behaviors, systematic and uncontrollable, elaborated on an existential platform dominated by the relation of chemical or social object delivery.”

So, a person addicted to social networks would be that which compulsively uses the social media in excess. For example, constantly looking at status updates, profiles of your friends or uploading photos himself for hours and hours.

Some signs that may indicate that we have a problem with social networks according to Wilson (2015) are:

Why do teens use social media?

Internet can be very interesting for young people because with a single click we can have an immediate response. In addition, from this quick response there is also interactivity and many windows with activities.

At ages like childhood and adolescence, it is very important to feel accepted by others and this can increase or decrease a child’s self-esteem.

In this case, adolescents use social networks because of the popularity effect they produce. In addition, thanks to this use can see if they are really popular and accepted by the number of friends who follow.

Recommendations for parents and educators

Although teens teach parents how to use the new technologies and the Internet, it is parents who have to educate their children about the good use of these devices and tools. According to Ramón-Cortés (2010) both parents and educators should:

In addition to all of the above, according to Mayor Gas (2009) should be limited Internet connections as well as locate computers in places transited indoors.

Although internet addiction is an issue that should concern us today, we cannot ignore that it may be a manifestation secondary to another addiction or other psychological problems (Echeburúa, Bravo de Medina and Aizpiri, 2005, 2007).

The main element of internet addiction is that young people spend a lot of time in front of the computer as a way to escape reality to feel better about them. This excessive use of social networks can cause them very negative effects like losses in social skills or even relational illiteracy.

It is important that both parents and educators know how to handle the new technologies and know the risks that exist in them and their misuse for the child. Talking in schools to raise awareness of minors would be a good method of prevention.