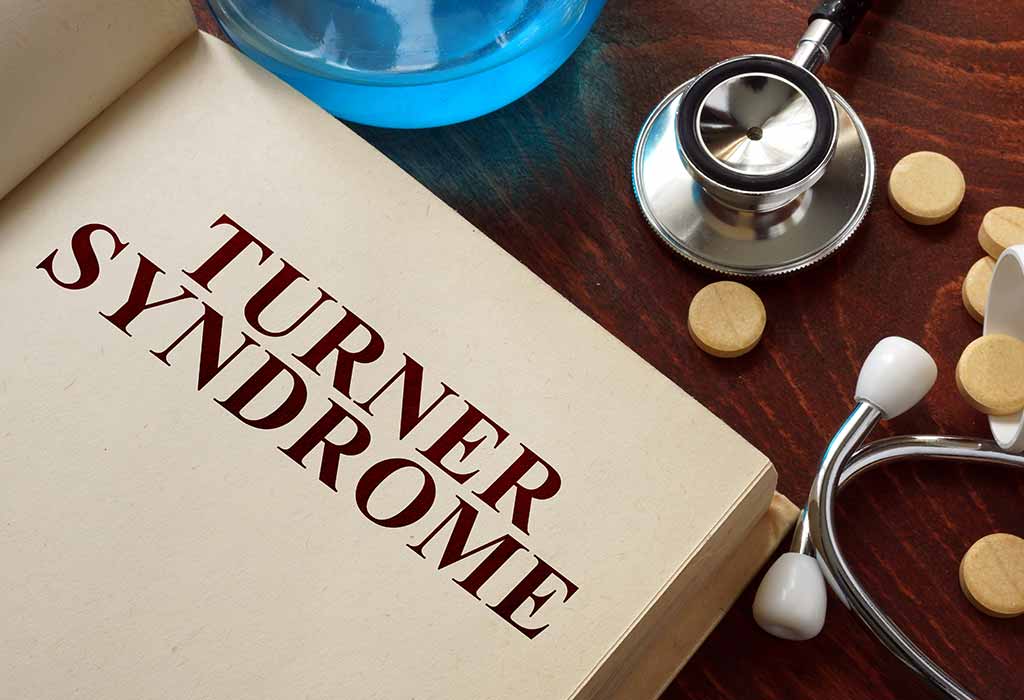 The Turner syndrome ( TS ) is a genetic disease associated female occurs as a result of the  partial or complete absence of an X chromosome, on all or part of the body ‘s cells (National Organization for Rare Disorders, 2012).

Turner syndrome is not usually associated with the presence of mental retardation, intellectual development is normal, except in specific cases. However, it is  common to observe a particular neurocognitive profile (Ríos Orbañanos et al., 2015).

The diagnosis of this pathology can be made during the gestation phase, based on clinical observations. Thus, when there is a diagnostic suspicion,  a genetic study must be carried out. However, it is most often done in the first moments of life or during early childhood  (National Organization for Rare Disorders, 2012).

Although there is no curative medical intervention for Turner syndrome, numerous specialized treatments have been designed for the  treatment of medical complications of this pathology: hormonal treatment, plastic surgery, nutritional control, neuropsychological stimulation  , etc. (Galán Gómez, 2016).

Turner syndrome is not a fatal pathology, however, the development of serious medical complications, such as cardiac abnormalities can put  the survival risk of the affected people at risk (Genetics Home Referece, 2016).

Turner syndrome (TS), named after the physician Henry Turner, who was one of the first medical specialists to describe the clinical course of this  pathology in the medical literature, circa 1938 (National Organization for Rare Disorders, 2012) .

In addition, this medical condition is also known as Ullrich-Turner or Bonnevie-Ullrich, Turner, and / or gonadal digenesis (Turner Syndrome Foundation, 2016).

Generally, this pathology is not considered a disease, but a syndrome, that is, a set of signs and symptoms that are related to each other,  allowing for a grouping, but not necessarily all presented at the same time in a case (López Siguero , 2016).

Although ST presents a well-defined clinical course, it can cause a wide variety of medical problems as a consequence of the  etiological genetic alteration (Mayo Clinic, 2014).

Since 1959 it has been known that this pathology specifically affects the female sex, since it was observed that Turner syndrome occurs  as a result of a total or partial absence of the X chromosome (López Siguero, 2016).

Humans have 46 chromosomes, organized at structural level in 23 pairs. In addition, within these, we have two chromosomes that will define  our sexual traits.

The combination and division of all this genetic material will determine our physical, cognitive and sexual characteristics. However, if during the  embryonic development phase there is a failure in cell division that affects part or all of an X chromosome, Turner syndrome may appear  (Association of Dentofacial Malformations and Abnormalities, 2012).

In summary, the karyotype of Tuerner syndrome presents 45 chromosomes with a 45 X model, an absent sex chromosome.

The expression of the anomalies produced by the Turner syndrome usually varies depending on the level of development of the affected person, therefore,  we can find more frequent clinical features in some stages than in others.

In addition, Turner syndrome is associated with high morbidity, which can occur along with other medical conditions such as cardiovascular diseases, diabetes, hypothyroidism, etc. (Ríos Orbañanos et al., 2015).

However, the magnitude of the pathology may vary, as spontaneous and involuntary miscarriages are common  (Genetics Home Referece, 2016).

The Turner Syndrome Society of the United States (2015) points out that Turner syndrome can occur in approximately 10% of cases of miscarriage  .

Specifically, it has been estimated that more than 70,000 women and girls with this syndrome live in the United States (National Organization for Rare  Disorders, 2012).

As for the distribution by sex, we have previously indicated that Turner syndrome is a pathology that specifically affects the female sex  . In addition, no cases have been identified associated with particular ethic or racial groups, or specific geographic regions.

On the other hand, ST is a pathology of congenital genetic origin, so the physical phenotype is present from the moment of  birth, although the symptoms can be subtle in many cases.

Thus, ST is usually diagnosed before birth or soon after. However, there are very mild cases that can remain  undiagnosed throughout childhood, even in adulthood (National Organization for Rare Disorders, 2012).

Depending on the specific genetic alteration of the X chromosome, ST can cause differential clinical features among those affected,  however, some of the most common have been reported (Galán Gómez, 2016):

In the case of these alterations, the most frequent is to observe a lymphatic obstruction, that is to say, a blockage or blockage of the fluid drained from the  different corporal tissues through the lymphatic vessels.

When this occurs, various anomalies can develop, the most common in the ST are:

ST, does not usually imply the development of a general intellectual deficit. Affected people have an intelligence adjusted to their  age and level of development.

However, at the cognitive level, several areas with a more deficient development have been detected, which affect the learning capacity globally.

Many affected tend to have problems with the development of directionality and orientation, memory and attention skills or the  ability to solve problems.

Another type of common alterations

As we noted earlier, the development of Turner syndrome is due to the presence of a genetic anomaly on an X chromosome.

During the gestation phase, when the genetic material is reorganized to start up all the biochemical processes proper to embryonic development  , various alterations or errors may occur, the result of internal, external factors or random mutations.

When this happens, the functional structure of the individual’s chromosomal and genetic material can be altered, and consequently, subsequent phenotypic and behavioral traits  .

In the ST, a clinical pattern that specifically affects women is described, this is due to the X chromosomal abnormality.

Although, both sexes, men and women have an X chromosome, in the case of women it doubles. Therefore, when an anomaly develops that  partially or totally affects the presence of an X chromosome, the gestation of a male embryo is interrupted spontaneously, because due to  its sexual chromosomal composition (XY), this situation does not it will allow you to develop with the unique presence of the Y chromosome.

However, in the case of the partial or total absence of an X chromosome in a female embryo, this fetus may be viable, since the absence of  this chromosome can be compensated by the other component X of the couple, due to that women have a sex chromosomal composition X X.

The X chromosome is not symmetrical, it has preserves arms (p) and long arms called (q). When there is a partial or total loss of one  of the arms, differential signs and symptoms may appear in people suffering from Turner syndrome (Galán Gómez, 2016).

When the short area of ​​the X chromosome remains conserved, those affected may show a normal development of puberty. This occurs in about  10-15% of cases, while, if the longer arm is maintained, the most characteristic sign will be the reduction in height (Galán Gómez, 2016).

Apart from this, the most common in Turner syndrome is the total absence of an X chromosome, which will lead to the presentation of the complete clinical course  (Galán Gómez, 2016).

Normally, the diagnosis is made in the prenatal stage. Ultrasound ultrasounds are able to show some of the physical anomalies that TS  produces.

Thus, when there is a suspicion of this pathology, a genetic study is usually carried out to evaluate fetal DNA (Mayo Clinic, 2014).

Normally, laboratory tests are used in this phase: chorionic villus sampling and amniocentesis try to extract a  portion of placental tissue and amniotic fluid, respectively, to analyze their chromosomal composition (Mayo Clinic, 2014).

However, if the clinical suspicion does not begin until the post-natal phase, the genetic study is usually performed through the extraction of  a small blood sample.

In addition to determining the presence of the etiological genetic anomaly, it is essential that different specialists evaluate the particular characteristics of  the affected person, as well as the underlying medical complications (Mayo Clinic, 2014).

The essential objective of clinical exploration is to design an uncivilized and effective intervention.

Although there is no curative measure for Turner syndrome, there are several therapeutic strategies for the treatment of the signs and symptoms  of this pathology.

Some of the most frequent specific approaches include (Galán Gómez, 2016):