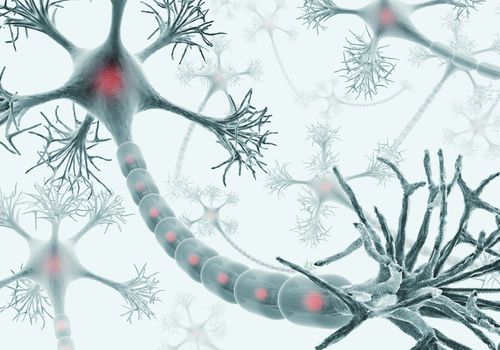 There are approximately 100 billion neurons in our brain. On the other hand, if we talk about glial cells (those that serve as support for neurons), the number increases to 360 billion.

Types of Neurons and their Functions

Neurons resemble other cells, among other things, in that they have a membrane that surrounds them, they contain genes, cytoplasm, mitochondria and trigger essential cellular processes such as synthesizing proteins and producing energy.

But, unlike other cells, neurons have dendrites and axons that communicate with each other by electrochemical processes, synapses and contain neurotransmitters.

These cells are organized as if they were trees in a dense forest, where they intertwine their branches and roots. Like trees, each individual neuron has a common structure, but has variations in shape and size.

The smallest can have a cell body of only 4 microns in width, while the cell bodies of the larger neurons can have a width of 100 microns.

In fact, scientists are still investigating brain cells and discovering new structures, functions and ways to classify them.

The basic form of a neuron is made up of 3 parts:

– The cell body: contains the nucleus of the neuron, which is where the genetic information is stored.

– The axon: is an extension that functions as a cable, and is responsible for transmitting electrical signals (action potentials) from the cell body to other neurons.

– Dendrites: are small branches that capture the electrical signals emitted by other neurons.

Each neuron can make connections with up to 1,000 more neurons. However, as the researcher  Santiago Ramón y Cajal said, the neuronal ends do not fuse, but there are small spaces (called synaptic clefts). This exchange of information between neurons is called synapses. (Jabr, 2012)

Neurons can be classified in different ways:

A main classification that we will find very frequently to understand certain neuronal processes is to distinguish between the presynaptic neuron and the postsynaptic neuron:

It must be clarified that this differentiation is applied within a specific context and time.

Because of its function

Neurons can be classified according to the tasks they perform. According to Jabr (2012), very commonly we will find a division between:

– Interneurons: they act as a bridge between two neurons. They may have longer or shorter axons, depending on how distant these neurons are from each other.

– Neurosecretory (Gould, 2009): they release hormones and other substances, some of these neurons are found in the hypothalamus.

By action on other neurons

One neuron influences the others by releasing different types of neurotransmitters that bind to specialized chemical receptors. To make this more understandable, we can say that a neurotransmitter works as if it were a key and the receiver would be like a door blocking the passage.

Applied to our case is something more complex, since the same type of “key” can open many different types of “locks” . This classification is based on the effect they cause on other neurons:

Approximately 90% of neurons release glutamate or GABA, so this classification includes the vast majority of neurons. The rest, has specific functions according to the objectives presented.

For example, some neurons secrete glycine exerting an inhibitory effect. In turn, there are motoneurons in the spinal cord that release acetylcholine and provide an exciting result.

Anyway, it should be noted that this is not so simple. That is, a single neuron that releases a type of neurotransmitter can have both excitatory and inhibitory effects, and even modulators on other neurons. This seems to depend, rather, on the type of activated receptors of postsynaptic neurons.

Because of its discharge pattern

We can pigeonhole neurons by electrophysiological traits.

For the production of neurotransmitters

Because of its polarity

Neurons can be classified according to the number of processes that join the cell body or soma, which can be (Sincero, 2013):

a) Golgi I: long axons, typical of pyramidal cells and Purkinje cells.

This distinction was established by Camillo Golgi, Nobel Prize in Medicine, when observing through the microscope neurons stained with a procedure that he himself had invented (Golgi stain). Santiago Ramón y Cajal stated that Golgi II neurons are abundant in animals that are evolutionarily more advanced than those of type I.

According to the distance between the axon and the soma

According to the morphology of the dendrites

According to location and form

There are many neurons in our brain that have a unique structure and it is not easy to classify them with this criterion.

According to the form (Paniagua et al., 2002) can be considered:

If we take into account both the location and the shape of the neurons, we can refine and further detail this distinction:

– Pyramidal neurons: they are so called because the somas have a triangular pyramid shape and are found in the prefrontal cortex.

– Betz cells: they  are large motor neurons of pyramidal shape that are located in the fifth layer of gray matter in the primary motor cortex.

– Basket or basket cells : cortical interneurons that are located in the cortex and cerebellum.

– Granular cells: they represent the majority of neurons in the human brain. They are characterized by having very small cell bodies (they are Golgi II type) and are located in the granular layer of the cerebellum, dentate gyrus of the hippocampus and olfactory bulb, among others.

– Lugaro cells: so called by their discoverer, are inhitory sensory interneurons located in the cerebellum (just below the layer of Purkinje cells ).

– Medium spiny neurons: they are considered a special type of GABAergic cell that represents, approximately, 95% of the neurons of the striatum in humans.

– Unipolar brush cells : consist of a type of glutamatergic interneurons that are located in the granular layer of the cerebellar cortex and in the cochlear nucleus. Its name is due to the fact that it has a single dendrite that ends in a brush shape.

– Cells of the anterior horn: they are denominated this way to the motor neurons located in the spinal cord.

– Neurons in spindle: also called Von Economo neurons, are characterized by being fusiform, that is, their shape seems an elongated tube that becomes narrow at the ends. They are located in very restricted areas: the insula, the anterior cingulate gyrus, and, in humans, the dorsolateral prefrontal cortex.

But, we ask ourselves:

Do these classifications cover all types of existing neurons?

We can affirm that almost all neurons of the nervous system can be classified in the categories that we offer here, especially the broadest ones. However, it is necessary to point out the immense complexity of our nervous system and all the advances that remain to be discovered in this field.

There are still investigations focused on distinguishing the most subtle differences between neurons, in order to know more about the functioning of the brain and associated diseases.

Neurons are distinguished from one another by structural, genetic and functional aspects, as well as their way of interacting with other cells. It is even important to know that there is no agreement among scientists when determining an exact number of neuron types, but it could be more than 200 types.

A very useful resource to know more about the cell types of the nervous system is Neuro Morpho, a database in which the different neurons are digitally reconstructed and can be explored according to species, cell types, brain regions, etc. (Jabr, 2012).

In summary, the classification of neurons in different classes has been discussed considerably since the beginning of modern neuroscience. However, this question can be unraveled little by little, since experimental advances are accelerating the pace of data collection on neural mechanisms. Thus, each day we are one step closer to knowing the totality of brain functioning.