The nervous tics are movements or repetitive, rapid, rhythmic and spasmodic no vocalizations that occur in children and adults. They reproduce gestures of daily life such as blinking, coughing, winks and can occur in children and adults … They manifest involuntarily and are experienced as irresistible, although it is true that they can be voluntarily suppressed temporarily. They are also isolated, unexpected and frequent.

The definition of tics provided by the Diagnostic Manual of Mental Illnesses is slightly different. It defines the Tic as a sudden, rapid and recurrent motor movement, not rhythmic and stereotyped.

What are Nervous Tics?

They can appear in the form of isolated clinical signs, or they can be part of more serious psych0m0tor disorders, the most well known is Tourette Syndrome.

They were described for the first time in 200 AD by Arateus of Cappadocia. And it was not until the 19th century, when Gilles de la Tourette described a clinical picture presented by patients who had both motor and phonological tics.

Psych0m0tricity and psychological factors of tics

To locate the tics, it is important to mention the psych0m0tricity and its relation and link with the psychological factors.

We understand psych0m0tricity, the reflection of the performance of man in interaction with affective and cognitive experiences. That is, there is a link between external aspects (movements, gestures, postures …) and internal characteristics of the person (their psychological factors)

In our daily life, when we meet people we form an impression of them and we do it from their gestures, postures and behavior in general.

Based on this impression we presuppose other characteristics associated with that person in relation to his personality, for example if he is cheerful, if he is a sad person, if he is rather nervous, or on the contrary calm …, his emotions, his way of thinking …

At the beginning I mentioned the link that exists between the psych0m0tor and the psychological, and this is clearly manifested when people suffer from a psychopathological disorder.

With regard to the relationship that may occur in some people between psych0m0tor and psychopathology, motor activity is evaluated by how it is reflected in people in attitude, gestures, mimicry and movements both isolated and combined, voluntary or involuntary. 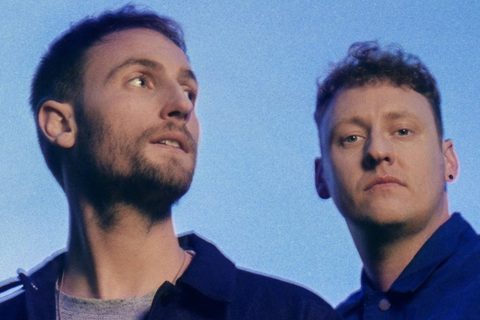 In addition, it is based on two fundamental dimensions; the expressivity, transmitted by symbols, as a change of position. And structurality (structural nerve determination of movement, for example stiffness).

It has been found that some brain structures and circuits involved in the control of psych0m0tor functions are the same as those involved in the modulation of cognitive and emotional aspects.

The basal ganglia and their circuits have been the most studied, considering that they not only have a modulating function of motor functions, but also perform cognitive and affective functions.

This is reflected in the following clinical findings between motor manifestations and comorbid cognitive or emotional alterations:

Studies carried out in the general population in pediatrics, affirm that tics are the most frequent movement disorder. It is estimated that between 4 and 23% of children have tics before puberty.

On the other hand, Zohar et al. in 1998, they indicate that between 1-13% of boys and 1-11% of girls show “frequent tics, jerks, mannerisms or spasmodic habits.

Between 7 and 11 years of age these children have the highest prevalence rates, reaching up to 5%, the probability of suffering from a tic disorder is higher than in adults.

They also affect men more than women, in a 4: 1 ratio.

The onset of tics usually occurs in childhood, around 7 years, and over 10 years, people with tics develop the ability to be aware of the existence of premonitory impulses that precede the production of tic. It is the perception of a sensation of a particular area of ​​the body where the tic is going to occur, for example an itch, a tingling … And a relief after the streak of tics.

This pre-tic sensation makes the subjects think that they are habitual and that they occur in response to unpleasant sensory stimuli.

Tics are usually short-lived, rarely lasting more than a second, and many occur in spells, with intervals between very brief tics (Peterson and Leckman, 1998). They can occur isolated or together following an organization.

Normally the tics disappear, and this occurs in relation to the age of onset and duration of symptoms, the younger the subjects and the longer lasting the symptoms, the greater the chance that they will not go away.

The recurrent appearance of tics in adulthood is infrequent, when they occur, tend to be persistent infantile tics, are more symptomatic and tend to obey a secondary expression of some other disorder, or other events such as drug abuse, physical diseases such as pharyngitis. 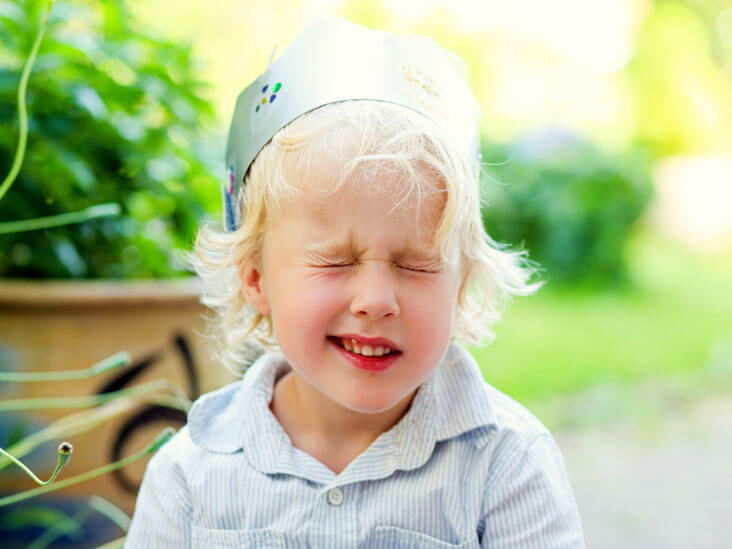 There are several raised classifications of tics, both motors and vowels.

On the one hand we can refer to the nature dimension, on the other to the complexity of the tics. And finally, to the organic or psychological dimension of these.

Within the nature dimension of tics, we talk about primary and secondary tics .

Within the primary tics we speak of hereditary and those that occur sporadically during a stage of the person’s life, which may coincide with a more stressful or anxious one.

The secondary tics are those which arise from a disease such as Wilson’s disease, Huntington. Following the drugs, such as tricyclic antidepressants, anticholinergics, antiepileptic drugs and psychostimulants. As a result of a stroke or a traumatic brain injury …

With regard to complexity we find simple and complex tics , although we must bear in mind that the difference is not very clear.

Within this subgroup we can refer to phonic tics (guttural noises, hisses, clearing, coughs …) and clonic motor tics (those that occur repetitively, involuntarily, abruptly and explosively); tonics (those that appear suddenly after a period disappeared) and dystonic (those characterized as contractures or sprains).

Where we find sequenced movements, which can encompass different parts of the body, are stereotyped in nature and obsessions are not involved in them as in compulsions. Examples of complex tics can be facial gestures such as touching your nose and throat clearing, gestures related to grooming as washing hands, legs flapping, jumping, touching something like a wall and repeating words or phrases out of context.

The psychological tics are exacerbated in situations where a significant emotional stress occurs, dim with distraction and disappear during sleep, the person can play them voluntarily and inhibit them , but this implies an increase in anxiety and discomfort of the subject. They are not modified and the etiology is not organic.

On the other hand, Shapiro, in 1978, proposed a classification of the tics based on the etiology of these, in their age of beginning, duration and course.

Diagnostic classification in CIE and DSM

Criterion A. Multiple motor tics and one or more vocal tics have been present at some time during the illness, although not necessarily concurrently.

Criterion B. Tics may appear intermittently in frequency but persist for more than a year from the appearance of the first tic.

Criterion A. Single or multiple motor or vocal tics have been present during the illness, but not both at the same time.

Criterion B. Tics may appear intermittently in frequency but persist for more than a year from the appearance of the first tic.

Criterion E. The criteria for Tourette’s disorder have never been met.

-Only with motor tics.

-Only with vocal tics.

Chronic motor or vocal tic disorder is present in some children with developmental difficulties and children with ADHD. Sometimes, a set of symptoms can occur due to the existence of a high period of stress or fatigue in the subject.

Criterion A. Single or multiple motor and / or vowel tics.

Criterion B. The tics have been present for less than a year since the first tic appeared.

Criterion E. The criteria for Tourette disorder or persistent (chronic) motor or vocal tic disorder have never been met.

Transient tic disorder is the most common form between 4 and 5 years of age, and usually takes the form of winks, grimaces or neck shakes, that is, they are limited to eyes, face, neck or limbs. superiors

Although we currently have effective techniques for reducing tics and nervous habits, it is convenient to make clear that tics are rarely eradicated completely and that there is no ideal anti-tic treatment.

The criterion of improvement in these people is governed by the decrease in the percentage of these behaviors, rather than by their complete disappearance. When a low frequency is reached, the interference in the daily life of the person is very small.

There are different psychological and pharmacological treatments for tics and nervous habits.

Among the pharmacological treatments, the most used are antipsychotics.

Also read: What is the Foreign Accent Syndrome?

The most widely used behavioral technique is the inversion of habit that is not limited to a specific technique, but rather represents a complex intervention program. The most important components are:

These components have shown efficacy both together and separately and as
a single technique applied.