The violence in adolescence consists manifestations of aggression which are directed towards same, family or authority figures.

First, we must differentiate this violence from adolescent rebellion, which is conceived as a transitional stage in which children are changing their roles in society, so in most cases should not be cause for alarm.

In today’s society there is an increase in violent behavior on the part of the adolescent population, in different contexts and in all social groups – upper, middle and lower class families. 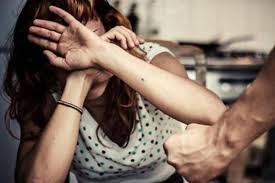 Where does violence occur among adolescents?

With regard to the scenarios in which violence occurs among adolescents, we find that they usually occur in:

It is common for families in which there are one or more adolescent children to experience conflictive situations, due to the modification of norms, the demands of the children, etc.

The situation is aggravated if there are physical fights between two or more members of the family.

Data collected from research on violence among teenage boyfriends are alarming.

Surprisingly, this type of violence continues to increase, and is carried out by both boys and girls.

Many of the behaviors that are not usually perceived are: control over the other, gestures of humiliation, forcing to have sexual relations, etc.

Unfortunately, the data collected in our country shows that there are many cases of bullying among young people and adolescents.

These violent behaviors have been widely studied, and there are many causes for it to continue to occur, such as:

In addition, it is necessary to highlight the manifestations of violence that some students carry out on their teachers.

In this regard, more measures should be taken to prevent such violent behavior in the school setting.

Some groups of teenagers come together to form street gangs or gangs, for the purpose of assaulting people or committing criminal acts – such as robberies to isolated people or in establishments.

It is also cause for alarm that some adolescents enjoy and have fun doing damage to stray animals.

Not a few videos have been collected from beatings to defenseless animals, leading to irreparable damage and even death.

This behavior with animals should not be perceived at any time as a normal behavior, linked to the adolescent stage.

This is a compelling reason to undertake a psychological study of the adolescent and, if necessary, to make a concrete intervention.

This is a problem that young people must face today, since the action of their aggressors does not end when school hours end.

Harassment can occur through threatening messages, publication of denigrating photos or videos, public taunts and insults in social networks, etc.

In addition, in recent years there have been cases where videos of girls having sex have come to light.

This is another form of violence, since it is against the privacy and integrity of the adolescent in question.

Ways to manifest violence in adolescence

We then proceed to differentiate the different manifestations of violence that can be found among the adolescent population – some of which may go unnoticed.

Some of them are:

The verbal violence is normal in our society, especially when it is perceived among young people who have seemingly minor clashes.

Examples of verbal violence can be insults, shouting, etc., and can cause psychological damage as well as physical violence – especially when it occurs frequently.

Physical violence is more alarming since it can cause serious damage to the body.

They often lead to greater punishment and, sometimes, the perpetrators have to be held accountable.

Hitting, slapping and pushing are some examples of this type of violence among teenagers.

Although it is a more subtle type of violence, it causes serious problems for the victim, such as low self-esteem, lack of autonomy, fear of their partner, etc.

Some examples of psychological violence are:

The causes of violence in the young population are numerous. In the studies on the subject, attention has focused on the type of family of origin, especially.

Thus, we find that the familiar aspects that most promote adolescent violence are:

Other aspects that promote the manifestation of aggressive behaviors are the following:

Therefore, many young people have no qualms about conducting violent behavior towards the weakest, in order to seek the approval of their peer group.

Consequences of violence in adolescence

As you can imagine, everything discussed so far has a negative impact on teenagers who suffer first-person violence.

In relation to the victims, numerous indicators of psychological maladjustment have been observed, such as:

Victims do not usually ask for help from their relatives or acquaintances, so be aware if you suspect your child is in this situation.

How to Prevent Adolescent Aggressiveness

In adolescents it is especially difficult for you to intervene to help correct maladaptive behavior, due to the parental detachment that young people try to carry out.

Also Read: Rebellion in Adolescence: Causes and 6 Tips to Treat It

However, there are many things that are in your power to avoid consequences derived from youth violence.

It is advisable to start observing the violent behavior that manifests your child since he is small, giving special importance from 10 years of age.

It is important that you work your emotional development, explain the situations in which you have acted badly and teach you to put yourself in another’s place.

All this will help you develop your empathy, and this ability will help you to manifest less violent behaviors towards other people.

On the other hand, in relation to the problem of violence between couples, until a few years ago, attention had focused on intervention with the aggressor, only.

However, it seems that the work should be done in the same way with the person who has received abuse – physical, psychological, etc. -.

This is because, as has been demonstrated, women who receive abuse have to improve their social skills, among others, in order to have a proper relationship.

Therefore, if your child has problems with his or her partner, you should ensure that, with the help of a specialist, you develop the skills necessary for successful relationships.

As for bullying, whether you do it or receive it, you will need support and help from your family so that you can put an end to this situation.

If your child is a victim of bullying, put means to avoid danger, warn teachers, get involved in their education and make sure that this situation is not repeated again.

In some cases, bullying is aimed at children with some kind of physical or psychological disability, so you should ask more if your child has these characteristics.

If it is a harassment that has been in place for a long time, you may want to ask the teenager to change schools so that he is not labeled as “weird”, “coward”, etc.

Another important factor to keep in mind is the control of alcohol and drug use.

In addition to other side effects, you can prevent your child from being involved in situations of violence.