The eye floaters or the?? Flies floats?? Are the terms that are often referred to as vision defects in the form of blemishes or black spots that many people suffer when they fix their vision? In English is the term?? Eye floaters?? To refer to these small spots or cobwebs that float in our field of vision.

Surely you have ever looked at a smooth surface and you have noticed how small spots or specks appear in your field of vision. They appear as small forms, usually dark or blurry, simulating strands or wavy lines (National Eye Institute, 2009).

What are eye floaters

When this happens to us, we try to make them disappear by moving our eyes or by opening and closing our eyelids; however, they often persist moving parallel to our eyes (National Eye Institute, 2009). 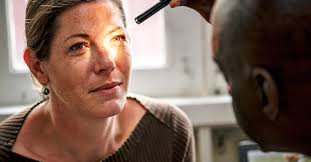 They usually disappear when we try to ignore them. Many people present these events persistently, especially when they direct their field of vision towards bright elements such as leaves or white papers or the sky (National Eye Institute, 2009).

Usually, the presence of these alterations of vision is associated with factors such as age; however, anyone can suffer from them, especially people with myopia or operated on cataracts (Hurt ado, 2012).

What are floaters or floaters?

The eye floaters are about bodies or commonly “floating flies”? Which many people perceive to be moving around their entire field of vision (Institute of Ocular Microsurgery, 2016)?

They occur as a result of various changes in the substance we contain inside our eyes. The fibers inside the vitreous can be grouped producing small leftovers in the retina and thus provoking the vision of these small floating bodies (Mayo Clinic, 2015).

Some of the most frequent symptoms or signs that usually appear are:

Although they are a nuisance for the person who suffers, this alteration does not usually interfere significantly with the quality of your vision. Generally, they learn to coexist with these events trying not to pay attention to them. Often they become less visible and annoying as we become accustomed to their vision (MD, 2016).

This type of alterations in our field of vision may occur as a consequence of various variations in the vitreous ocular.

Our eyes are composed of different areas and structures. The eyes are a spherical balloon containing various substances. In its outer layer, we place the sclera layer (white area) and the cornea (thin transparent layer that covers the entire eyeball) (NHI, 2015).

In the middle layer we locate the choroid (dark membrane irrigated by numerous blood vessels and composed of connective tissue), the culinary body (area that surrounds the lens and is composed of muscles that control vision and also is responsible for the production of aqueous humor) the iris (circular color area that surrounds the pupil and controls its contraction or distension) (NHI, 2015).

On the other hand, in the innermost layer is the nerve or sensory retina, which is the area sensitive to light and is responsible for the conversion of these inputs into nerve signals (NHI, 2015).

As we have pointed out, the eye in its interior is formed by various liquids: vitreous smoke and aqueous humor (NHI, 2015).

Specifically, the National Eye Institute (2009) says that it is in this last ocular substance, the vitreous smoke that originates floating flies. As we defined above, vitreous smoke contributes to maintaining the ocular shape and constitutes about 80% of the substances that fill our eyes. This vitreous gel acts by pressing the tapeworm and adhering to its surface to maintain its structural position (All about vision, 2016)

Due to various circumstances, it is possible that the total volume of the vitreous humor is reduced and therefore loses its gelatinous or fibrous property. Reducing viscosity causes the different strands of the substance to begin to cast shadows on the retina, and this area sends these visual signals to the brain interfering with normal or efficient vision (National Eye Institute, 2009).

There is a characteristic condition in which portions of vitreous humor may adhere around the optic nerve formed a circular piece. When this formation of vitreous humor separates from the optic nerve, people describe that they see a circular shape that floats in their field of vision. This particular form of miodesopsia is called?? Weiss ring flatter?? (All about vision, 2016).

Several conditions associated with the suffering of the eye floaters have been identified:

On the other hand, some conditions described below may increase the probability of these alterations occurring in our visual field (Miodesopsias, 2016):

It is possible that many people also describe the presence of flashes of light and waves that appear in the field of vision of both eyes and last for a period of approximately 10-20 minutes (All about vision, 2016).

Normally, when we perceive a beam of light, it stimulates our retina. The retina in turn is responsible for transforming that information to produce an electrical impulse that the optic nerve transmits to the brain and the latter interprets it as an image (All about vision, 2016).

This normal process of interpretation of the light stimulus can be altered by various circumstances, resulting in the perception of flasks:

Although myovopsis is generally benign, there are several situations in which it is advisable to consult with an ophthalmologist or specialized health professional (Mayo Clinic, 2015):

All these circumstances may be indicating the presence of some pathological process that seriously jeopardizes our vision.

Myodopsis or the perception of small dark and blurred spots is often an annoying condition, but that does not significantly interfere with or alter vision. Because of this, it is not recommended to use any therapeutic intervention when it comes to a benign situation (National Eye Institute, 2009).

It is possible that as time goes by, the person becomes habitable in their presence and is able to perceive them less frequently and even ignore them (Mayo Clinic, 2015).

However, there are other cases in which the eye floaters seriously alter the vision and some corrective methods are used (National Eye Institute, 2009).

Laser: It is possible to use the laser to remove vitreous humor strands that cause these perceptions. In many cases the use of this measure improves vision; however, it is not 100% effective. There are some risks associated with the use of this therapy, especially damage to the retina (Mayo Clinic, 2015).

Surgery: One of the most used procedures for the treatment of floating flies? In the most severe cases is vasectomy. It is a surgical procedure that removes vitreous ocular smoke and replaces it with a saline solution. Although the composition of this gel will not cause any organic incompatibility, the surgical procedure entails some complications (detachment and retinal tears or cataracts) (National Eye Institute, 2009).