The cognitive restructuring is one of the techniques used in cognitive behavioral therapies today.

The main objective of this technique is to modify the way of interpreting things, the type of thinking and the subjective evaluations we make  about the environment.

What is Cognitive Restructuring

In this article we will review 8 fundamental steps of this technique, and the keys to make cognitive restructuring effective.

What is cognitive restructuring about?

One of the characteristics that define the human being is the capacity he has to represent the world in his brain through images and  mental representations.

This implies that we react and shape our lives, not with respect to real events, but rather with respect to the mental representations we make  about the things that surround us.

Put another way: our life is not defined by what we have around us, but by how we interpret it. Our lives are not objective,  but are subject to our subjective assessment.

And is that if we imagine two people living in the same environment, relate to the same people, perform the same job and  have exactly the same hobbies, we could not say that those two people have the same life, as each would live its own existence  through its subjective assessment.

So, what we could say is that each of us create our lives, our well-being and our way of relating to the  world through the thoughts we have in our brain, the emotions that those thoughts produce, and the resulting behavior.

Well, it is in this first stage, in thinking, where cognitive restructuring works:

The 10 foundations of cognitive restructuring

In order to properly perform a cognitive restructuring, the first step is to teach the patient to identify their cognitions.

This task can be done through the self-registration of Ellis that includes 3 columns: situation, cognitions and consequences of cognition (both  emotional and behavioral).

The patient must detect the thought and immediately write it down in the self-registration, filling in the 3 columns.

However, this first task is not as simple as it seems, and requires some training since many thoughts are automatic and  involuntary.

So: You have to teach the patient to pay attention to all his thoughts! In this way you can be aware of those thoughts that are  presented automatically.

Also, you have to make sure that those thoughts that the patient identifies are those that produce the discomfort or the problem that you want to  solve.

An effective way to solve this is to ask the patient that after the identification of the thought, think if another person who had that  thought would feel the same way he feels.

In the same way, it is important that the patient write the thought in a concrete way and do not confuse thoughts with emotions. For example:

So, normally this first phase can be long and expensive, since you have to be very sure that the patient has understood how to perform  self-registration, and avoid the errors that we have just discussed.

So, when you do a cognitive restructuring, it is convenient that you not only work on the concrete thoughts, and try to modify those  more general beliefs that are related to the thought.

However, identifying beliefs and assumptions is usually a more expensive task, so I recommend that you do it once the patient is able to  effectively identify their most concrete thoughts.

To do so, you can use the technique of the descending arrow.

And how does this work?

For it consists in that before a concrete thought, ask the patient: “And if this thought really happened, what would happen? When the  patient responds, the question about that answer would be repeated, and this process is repeated until the patient is unable to provide a  new response.

Let’s continue seeing it with the previous example:

3. Translate them into their essence

It is important that the thoughts and beliefs identified are correctly defined and identified.

For this, it is useful that among all the registered thoughts we look for that which is most catastrophic or radical:

For example: “Never again will anyone speak to me because as I say uninteresting things, I am stupid”.

Once the thoughts and beliefs of the patient have been identified, the next step you must take before beginning to apply the restructuring in  itself is to explain how the therapy you will perform works.

This explanation is of vital importance since before testing the patient’s thoughts (which for him are real and important), he must  understand the relationship that exists between cognitions, emotions and behavior.

Likewise, the patient must understand that thoughts are constructions of his mind, and therefore are hypotheses, not fixed facts, since another  person could think differently before the same facts.

So, you must get the patient to be able to perform this exercise, and understand that in the same event you can think in different ways.

To do so, it is convenient that you use a situation not related to the patient’s problem, and ask him how he would feel if he thought two totally different things  .

With this exercise, should be achieved that on the one hand the patient realizes that in the same situation you can have two different thoughts, and  on the other hand that according to the thought that has the emotional and behavioral consequences can vary a lot. 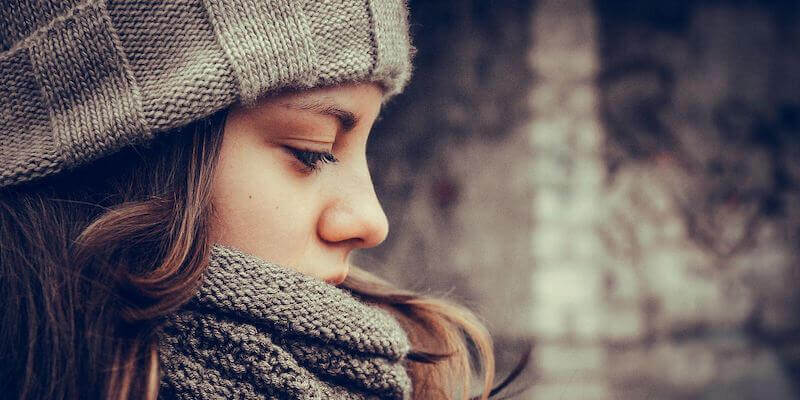 Once explained the foundation of the cognitive restructuring, you can proceed to modify the thoughts and dysfunctional beliefs through  the questioning of these.

To start the questioning it is recommended that you make a verbal questioning, since it is less complex than the questioning behavior, and at the  beginning of the intervention can be more beneficial.

To do this, the most used technique is the Socratic dialogue .

With this technique, the therapist systematically questions the maladaptive thoughts of the patient.

And how is it done?

For to perform this cognitive restructuring technique, a certain experience and skill of the therapist is essential, since the  questioning is done by asking a series of questions about the dysfunctional cognitions of the patient so that he has to reconsider them.

We must bear in mind that the ideas or thoughts that are intended to be modified through this technique are characterized by being irrational.

Thus, the therapist must perform in an agile and skillful way questions that reveal the irrationality of the patient’s thinking, and  go directing these same answers to a rational thought that can supply the maladaptive thinking of the patient.

What data do you have in favor of this thought?

What is the probability that you are correctly interpreting the situation? Are there other alternative interpretations? Is there another way to approach this?

It examines to what extent irrational thinking is effective to achieve the patient’s objectives, or what are their negative effects for their well-being  or functionality. You can ask questions such as:

Does this thought help you achieve your goals and solve your problem? Does this way of thinking help you feel the way you want?

What are the pros and cons, in the short and long term, of what you believe?

Normally this last step is not usually necessary, but in case irrational cognition persists (sometimes the probability that irrational thinking  is true may be scant but real), the patient can be asked to think what would happen if the thought were true, and then  look for solutions.

After the restructuring of a thought, the patient must draw a conclusion, which usually implies a more adaptive way of approaching the  situation.

Once the verbal questioning has been carried out, irrational thinking is usually more or less eliminated and replaced by a more adaptive thought  , however, this is not enough.

To achieve more persistent and lasting changes, it is necessary that you conduct a behavioral questioning.

By way of summary, continuing with the previous example:

In the behavioral questioning:  the therapist would invite the patient to speak in public so that he / she lives first what happens when he / she performs the action (they laugh at me vs they listen to me).

The situations in which this technique is performed must be controlled very closely by the therapist, and it serves so that the patient personally experiences  a situation that demonstrates the “non-certainty” of his irrational thinking.

Once a certain advance in the questioning of thoughts has been obtained, you can continue the intervention by questioning the patient’s more general beliefs  .

Beliefs can be questioned in the same way that thoughts are questioned (verbal and behavioral questioning), however, modify a  deep-rooted belief requires a deeper and costly change, so it is recommended to do it when the patient is already able to  question properly your automatic thoughts.

8. Degree of belief in the rational alternative

Modifying both a thought and, above all, a belief for a different one is usually an important change in the patient’s life.

It is very likely that although the change has been adequate, this is not total and absolute, so it is recommended that the degree of belief that the patient is taking in the new thinking is evaluated  to avoid relapses in irrational thinking.