Love, scientifically , is an impulse of mammals, like hunger or thirst. According to the expert Helen Fisher, the experience of love is divided into three stages: lust, attraction and attachment. Lust is the sensation of sexual desire; The romantic attraction determines which partners are attractive, saving time and energy by choosing; And attachment implies sharing a home, the duties of parents, mutual defense, and in human beings implies feelings of security.

Love is a universal concept, it exists in all cultures. Although there are some differences in the definition of love depending on the culture and the specific context, there are a number of characteristics. In all cultures love is recognized as a determined pattern of feelings and behaviors that I will explain later.

Many people have thought of love, and some still think, as something mystical and magical so I will try to explain in this article what love really is, what it makes sense, why we fall in love and how we fall in love among other issues.

What is love scientifically? 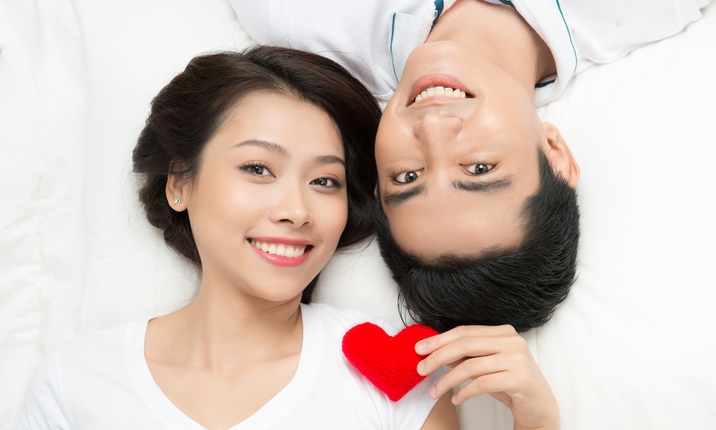 Love has many meanings, 14 in total, in the dictionary of the RAE ( Royal Academy of the Spanish language ). You can read them all, although I will try to elaborate here a definition that encompasses all aspects that share the meanings (less the meaning of a tree that is a tree).

Love is a psychological and physiological state with a pattern of feelings characterized by the need to be with the loved one and that person feels the same towards us. These feelings are represented through a series of behaviors that demonstrate intimacy between people such as physical contact, altruistic behaviors or sexual relationships in romantic love.

Being such an abstract term, it is difficult to look for common characteristics that differentiate it from other concepts such as friendship or veneration. That is why feelings are often confused, but this is normal because the brain does not work in terms of everything or nothing, if not gradually. For example, not all the people we know are our friends, and we do not feel with the same intensity the friendship of all our friends.

There are several types of love depending on the object or person to whom it is addressed. The most general categorization would divide them into two groups, impersonal love and interpersonal love.

In all cases the person feels the need to be in contact with what he loves.

Although these are the most common uses when talking about love, do not forget that there is also self-love, or self-love, which is no less important than the rest. In fact, I would say that it is even more important.

The infatuation and the choice of the couple

In this section I will explain the process of falling in love and I will try to answer some very usual questions such as: what do we look at about the other person?

The first crushes usually occur in adolescence, although it is an immature love and usually the right person is not chosen. This love and search for the couple is done to meet four basic human needs, first, to have sex and / or reproduce (hormones call us), secondly, to have and keep company, in third place, to have an attachment relationship with the other person and in fourth and last place, to give and receive help and care.

To select the couple there must be a series of circumstances without which it is unlikely to be found:

But, once we meet a person in the right circumstances, on what basis do we choose our partner? Numerous studies have been carried out throughout history and some clear preferences have been found that humans present when choosing our partner.

These preferences are basically morphological, usually women are fixed in height and muscle mass index of men, while they are fixed in the ratio between the waist and hip. Symmetry and body odor of the person is very important for both sexes.

These preferences have a clear evolutionary sense, we choose the couple that is most likely to reproduce and maintain our offspring, big and strong men and women with wide hips.

Preferences based on symmetry and body odor may not have such an obvious evolutionary sense, but it seems that more symmetrical people are considered more attractive because symmetry is an indicator that our genes are good, there are no genetic errors, and that we are fertile.

Regarding body odor, some studies have shown that this is an important factor in choosing the couple because it indicates whether we are genetically compatible with the other person, it can even tell us if it is fertile or if it suffers from an illness.

In a study conducted by Havlicek and his team it was found that women who were in a fertile phase of their menstrual cycle preferred the body odor of more dominant men. This makes evolutionary sense, because the couple (or couples) of the dominant male of a group of animals is also treated with privileges, for example, receiving more food and will be more protected.

In addition, it has been proven that there really is a correlation between the preference of the smell of the couple and the genetic similarity between both members of the couple. Specifically, the major histocompatibility complex (MHC) has been studied , this complex consists of a group of genes that are important in the immune recognition of both our tissues and those of other people. That is, this complex detects if our immune system is similar to that of the other person (this discovery has an important application in organ transplants).

There are indications that the MHC complex produces a series of elements that participate in the creation of our body odor along with other factors, which create a specific and specific body odor for each person.

It has been found that, as a general rule, people prefer couples who have an MHC different from their own. This makes sense, since this way they make sure that hereditary genetic errors that can cause diseases and disorders in their progeny are not repeated, and if there is greater heterogeneity in our MHC, we will have a better capacity to protect ourselves immunologically against infectious agents, such as viruses or bacteria

After checking all the biological aspects that influence our decision of a couple it seems that we are not free to choose, but we have written in our characteristics what our partner should have.

But, nothing is further from the truth, because there are many people who meet all the above and could be our partner, choosing a particular person depends on many other factors conditioned by our experience and our tastes. So not everything is genetic.

It is clear that when we are in love our world changes, especially if that love is reciprocated. It seems that there is only that special person, we attend to things that before seemed superfluous and meaningless, like sunset, and we stopped lending to other things or people that previously seemed important to us.

The most graphic way I can think of to describe it is to compare it with an addiction, it may seem ugly or exaggerated, but in fact, the changes that occur in the brain when we are addicted to something and when we fall in love are very similar.

The pleasant feeling of euphoria we feel when we are with our partner or when it does something that we like, occurs as a result of the activation of the limbic system, or system of reinforcement, produced by the increase in dopamine. This feeling reinforces us and makes us want to be more and more with our partner.

This does not happen only with love, it happens with any reinforcing stimulus, that is, with whatever we like, and it is one of the bases of learning. It can happen to us by drinking chocolate, playing something or drawing. It also occurs when we take a drug because it is precisely one of the most important mechanisms in the regulation of addictions.

Other substances closely related to love and sex are oxytocin and vasopressin. These hormones are secreted while the couple is having a sexual relationship, both in men and women, cause euphoria and @nalgesia, so that we do not bother any damage that may occur during sex.

It has been found that during the first phases of the ratio the concentration of these substances increases markedly. In addition, oxytocin, also called the hormone of love, not only acts in romantic love, it is also related to maternal love, since women secrete it during childbirth and when they feed their baby through breastfeeding.

The obsession we feel for our partner, the feeling of wanting to be with her all the time and doing everything with her, could be determined by a general lowering of serotonin levels in the brain. In patients with obsessive disorders, a decrease in serotonin levels has been found similar to what happens to the couple when they are at the beginning of their relationship.

The passion and unconditional love shown at the beginning of the relationship is related to the inhibition of the frontal cortex and the amygdala.

The amygdala plays a fundamental role in the recognition of aversive stimuli, in the case of the couple it would serve to detect behaviors of that person that we do not like, and the frontal cortex functions as a filter that serves to control our impulses. This would explain that we have a less severe judgment before the person we love. 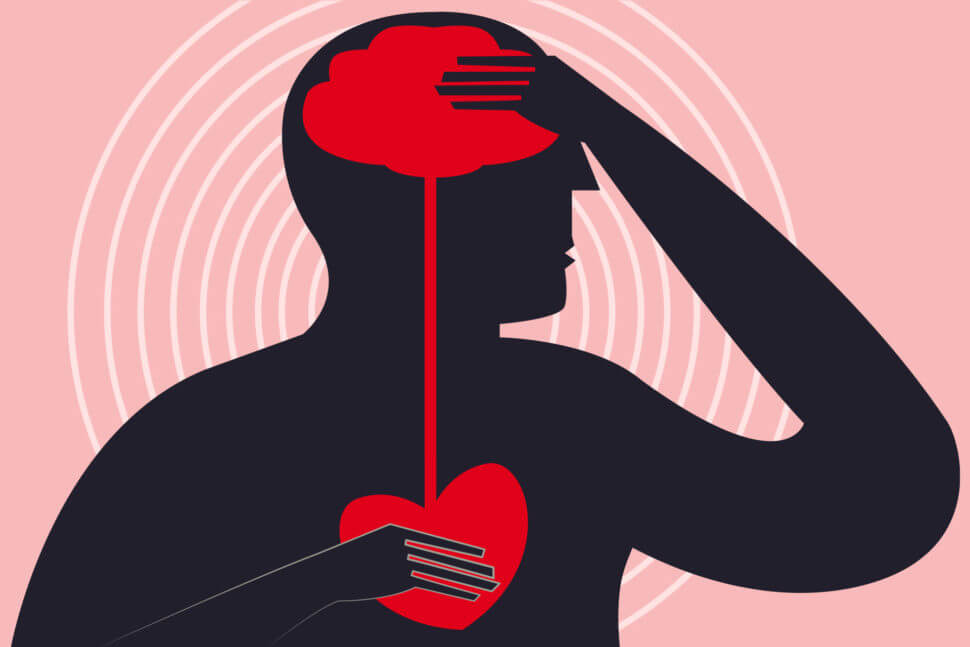