The Macrocephaly is a neurological disorder in which an abnormal increase in the size of the head (National Institute of Neurological occurs  Disorders and Stroke, 2015).

Specifically, there is an increase in the cranial perimeter, that is, the distance around the widest or greater area of ​​the skull is greater than  expected for the age and sex of the affected person (National Institutes of Health, 2015).

At a more clinical level, macrocephaly occurs when the perimeter or cranial circumference is above the mean of that age and sex in 2  standard deviations or is greater than the 98th percentile (Erickson Gabbey, 2014).

These signs can be evident from birth or develop in the first years of life (National Institute of Neurological Disorders and  Stroke, 2015).

In general, it is a rare condition that affects men more often than women (National Institute of Neurological  Disorders and Stroke, 2015).

Although not all cases of macrocephaly are cause for alarm, it is often accompanied by various symptoms or medical signs: generalized developmental delay  , seizures, corticospinal dysfunctions, among others (National Institute of Neurological Disorders and Stroke, 2015). 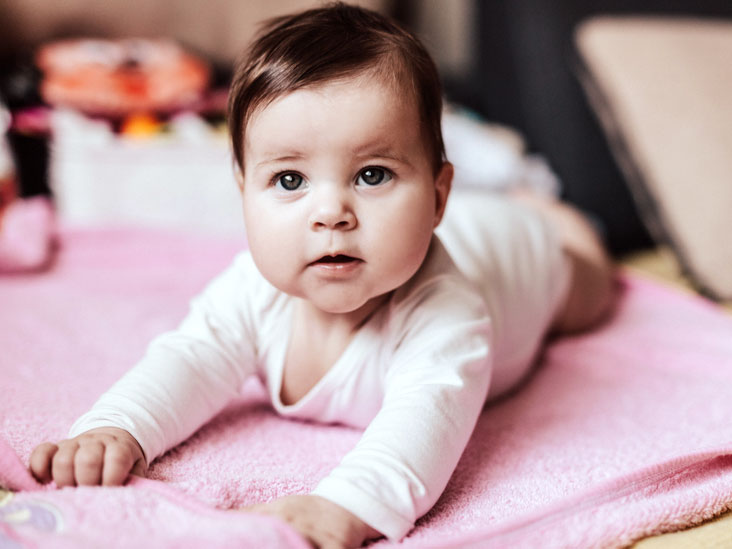 The macrocephaly is impaired neurological that is included within the disorders of head growth .

In the pathologies or disorders of the cranial growth anomalies in the cranial size take place due to different alterations in the bones of the  cranial vault or in the Central Nervous System (Martí Herrero and Cabrera López, 2008).

Specifically, macrocephaly is defined as an abnormal increase in the cranial perimeter that is above the expected value for the age and sex  of the affected person (García Peñas and Romero Andújar, 2007).

This type of alterations can be due to an excess of cerebrospinal fluid volume , an increase in brain size or even a
thickening of the cranial vault (García Peñas and Romero Andújar, 2007).

Although a large number of patients affected by macrocephaly do not present significant signs or symptoms derived from the pathology, many others  present important neurological anomalies.

There are no specific statistical data on the prevalence of marocephaly in the general population.

However, clinical studies consider it to be a rare or uncommon pathology that occurs in approximately 5% of the population
(Mallea Escobar et al., 2014).

It is usually a disorder that affects a greater proportion of the male sex and is usually present at birth or develops in the first
years of life, so it is common to have child macrocephaly.

Derived from the definition of this pathology, the most characteristic symptom of macrocephaly is the presence of an abnormally large head size.

As in the case of other pathologies or disorders that affect the cranial growth, the size of the head is measured through the circumference or  cranial perimeter, the measurement of the contour of the head at the top (Microcephaly, 2016).

The size of the head or skull is determined by the growth of the brain, the volume of cerebrospinal fluid (CSF) or blood, and by  the bone thickness of the skull (Mallea Escobar et al., 2014).

A variation in any of these factors may cause important neurological consequences, therefore it is crucial that a control and  measurement of the growth of the cranial perimeter is made in newborns and children, especially during the first years of life (Mallea Escobar et al.  al., 2014).

– Approximate growth of the cranial perimeter during the first year of life : approximately 12cm, more accentuated in males.

– Speed ​​of increase of the cranial perimeter during the first three months of life : approximately 2cm per month.

– Speed ​​of increase of the cranial perimeter during the second quarter of life : approximately 1cm per month.

– Speed ​​of increase of the cranial perimeter during the third and fourth quarter of life : around 0.5cm per month.

The values ​​obtained from the measurement of the size of the head in medical and sanitary controls should be compared with a standard or expected growth chart  . Children with macrocephaly present values ​​significantly higher than the average of their age and sex.

Due to the different etiologies that are going to give rise to the increase of the size of the head, different medical complications may appear that  affect both the neurological functioning and the general functional level of the affected person.

The medical conditions associated with macrocephaly will depend on the etiological cause, despite this, there are some frequent clinical manifestations  (Martí Herrero and Cabrera López, 2008):

As we noted earlier, macrocephaly may appear due to different alterations that affect brain size, cerebrospinal fluid volume or due to bone abnormalities.

One of the publications of the Spanish Association of Pediatrics about macro and microcephaly, makes a detailed classification of the possible  etiological causes of macrocephaly (Martí Herrero and Cabrera López, 2008):

In the case of macrocephaly due to the presence or development of cerebral pathology and / or cerebrospinal fluid, a macrocephaly of primary origin or of secondary origin may be found as well .

Primary microcephaly occurs as a result of an increase in brain size and weight.

Generally, in this type of microcephaly, a greater number of nerve cells or a larger size can be observed. When the presence of this etiological cause is determined  , the pathology is called macroencephaly.

This type of alterations usually has a genetic origin and, therefore, family macrocephalyand hemimegalencephaly are part of this classification .

In addition, it is common for macroencephaly to form the set of clinical manifestations of other pathologies such as: bone dysplasias, fragile X,  Sotos syndrome, Beckwith syndrome, chromosomopathies, etc.

Secondary microcephaly, or also called progressive or evolving microcephaly, may be due to changes in cerebrospinal fluid volume  , such as the presence of lesions or occupant substances.

– Increase in the level and volume of cerebrospinal fluid (CSF) : abnormalities in the production, drainage or reabsorption of cerebrospinal  fluid can cause an accumulation of this and therefore lead to a hydrocephalus.

– Presence of occupant injuries : this type of alterations refer to the presence of intracerebral structural and vascular malformations  , masses or collections. Some of the pathologies that give rise to this type of injuries are: cysts, tumors, bruises, arteriovenous  malformations, etc.

– Presence of anomalous substances : this type of alterations refer to the presence of metabolic or deposit  diseases such as Alexander’s disease, Canavan’s disease, metabolopathies, etc.

As for the cases of macrocephaly that are due to bone abnormalities, we can find:

– Macrocephaly due to an early closure of cranial sutures .

Macrocephaly is a neurological pathology that can be detected during the gestation phase.

Routine health checks through ultrasound ultrasound are able to detect abnormalities in cranial growth during the  early stages of gestation, when macrocephaly presents a congenital or prenatal origin.

However, it is not always possible to detect it before birth, because many cases of macrocephaly occur secondary to other  medical conditions.

It is usually detected in pediatric consultations through the measurement of the cranial perimeter. In addition, different neurological @nalyzes must also be performed  to determine the etiological cause.

Specifically, the clinical examination should include (Martí Herrero and Cabrera López, 2008):

– Physical exploration of the skull : an accurate measurement of the cranial perimeter and a comparison with the growth standards  must be made.

– Pediatric examination : in this case it will be oriented towards the study of the etiological cause of macrocephaly through @nalysis of  genetic, neurological pathologies, etc.

– Complementary examinations : in addition to the physical and neurological examination, it is possible that some additional explorations, such  as magnetic resonance imaging, computed tomography, X-rays, lumbar puncture, electroencephalography, etc., may be required. Especially in those  macrocephaly of not determined origin.

Is there a treatment for macrocephaly?

At present there is no curative treatment for macrocephaly. Generally, the treatment is symptomatic and will depend on the precise diagnosis  of the etiology.

After the detection of macrocephaly is to determine the underlying cause to design the best therapeutic approach, since in cases  where there is a hydrocephalus as the main cause of macrocephaly will be necessary to use surgical interventions.

In all cases of macrocephaly and other types of alterations in cranial development, it is essential that a neurological and / or  neuropsychological examination be performed to examine the level of general functioning: developmental deficits, cognitive functions, linguistic deficits, motor skills,  etc. (National Institute of Neurological Disorder and Stroke, 2016).

Some of the non-pharmacological interventions that can be used in the symptomatic cases of macrocephaly are (Martí Herrero and Cabrera López, 2008):

The prognosis and evolution of this pathology depends fundamentally on the origin and the associated symptomatology.

In children suffering from benign microcephaly, the absence of symptoms or significant medical complications will allow them to develop all  areas normally (Erickson Gabbey, 2014).

However, in many other cases future perspectives will depend on the presence of medical complications (Erickson Gabbey, 2014). In general,  children suffering from macrocephaly will present significant delays in generalized development and therefore will require therapeutic intervention  to promote the acquisition of new skills and the achievement of an efficient functional level.