The legal drugs are intoxicating drugs that are completely legal by law. The most common is alcohol -legal in most countries- but a wide variety of other drugs are not banned by many international jurisdictions: they can range from intoxicating plants historically used by indigenous cultures to designer drugs that have not been defined as illegal, or even medicines that have anesthetic or intoxicating effects.

According to the World Health Organization, drug is a term used in medicine to refer to any substance with potential to prevent or cure a pathology.

However, in colloquial language, the word drug is used to define psychoactive substances that are used for recreational purposes.

A drug is a substance that, when ingested, manages to make changes in the brain functioning of the person.

In today’s society there is a clear association between drugs and illegality. The majority of substances of abuse are prohibited, and both their consumption and their commercialization are regulated by current legislation. 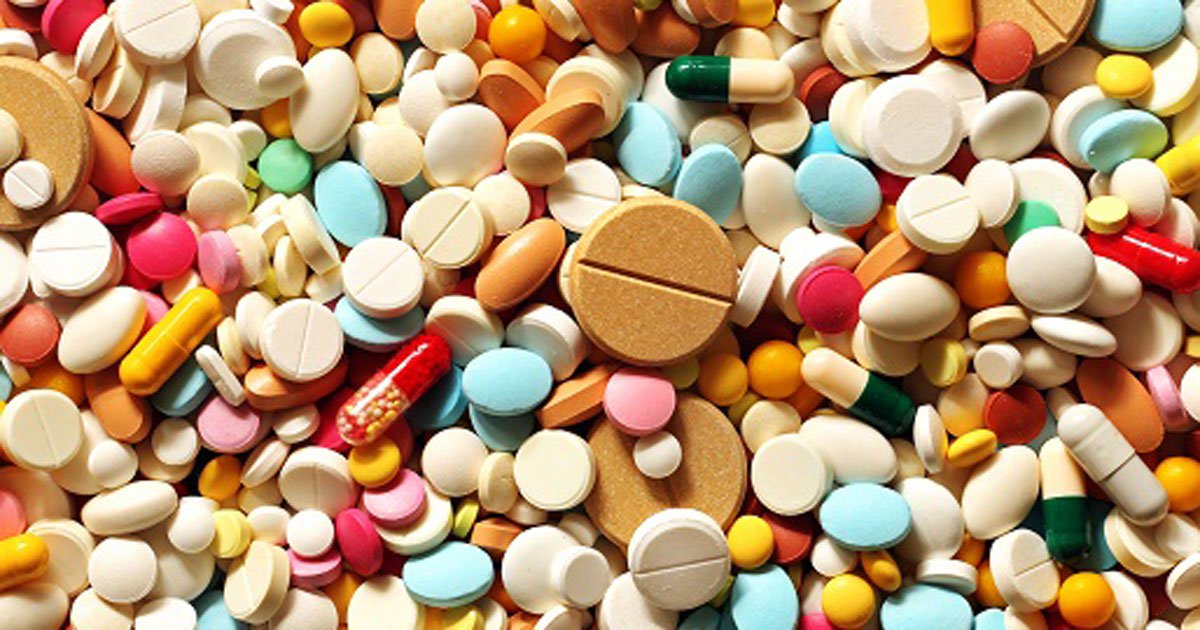 However, unlike what may seem at first glance, not all drugs are illegal today. There are many substances that generate addiction and important brain alterations that can be obtained and consumed in a totally legal way.

The fact of “legalizing” or rather said “not illegalizing” a psychoactive substance involves a series of risks. The sense of danger or prohibition regarding these drugs tends to be lower, so that their use and consumption is easier.

For this reason, it is very important to know exactly what characteristics have legal drugs, and especially what negative components can lead to their consumption.

Alcohol is the legal drug par excellence. Popularly associated psychoactive components, so their ability to generate brain changes is not much discussed today.

However, the risks of its consumption seem to be somewhat more confusing. In fact, a recent survey conducted in Spain showed that alcohol has a high tolerance and low perception of risk by society.

Today there is a wide range of beverages that contain ethanol. Its consumption affects multiple brain regions, modifying their functioning.

With reduced amounts , dopamine is activated, which provides motor activation, euphoria and pleasure. Subsequently, the functioning of serotonin is altered , generating social disinhibition and antidepressant effects.

However, the effect of alcohol is not here. Acetylcholine is stimulated, producing nootropic, vasodilator and aphrodisiac effects. And then, a brain-inhibiting substance, GABA, is increased. This fact causes motor incoordination, and sedation.

Finally, alcohol also acts on glutamate and opioids, causing @nalgesia, anesthesia and even a coma or death.

Likewise, alcohol has a clear addictive component, originating both physical and psychological dependence. In fact, alcoholism is one of the main health problems around the world.

And is that excessive consumption of alcohol has negative consequences for the body such as: neuronal damage, heart damage, neuronal hypertension, pancreatitis, liver disease, malnutrition, insomnia, dementia, depression, esophageal cancer and brain disorders.

The other great legal drug is nicotine, which is consumed mainly through tobacco.

The rate of use of this substance is highly elevated. In fact, a recent national health survey indicates that 30% of the Spanish population in 2016 is a smoker.

Tobacco acts at the brain level by altering the functioning of dopamine. This fact does not provoke psychological or mental alterations, but it causes a clear addiction.

In fact, many studies show that nicotine is one of the most addictive drugs that exist today.

Opioids are exogenous agents that bind opioid receptors in the central nervous system of people.

These substances are coupled to the brain structures related to pain. For this reason, multiple drugs with these characteristics have been designed.

Medications such as vicodin, oxycontin, percocet or morphine are some of the most commonly used opioids today.

However, its purely medicinal use is in question today. The addictive potential of opioids is very high, which is why their medical use can lead to abuse.

In fact, in the United States the consumption of opioids increases daily, and the number of people killed by overdose of these substances is currently a serious health problem.

Thus, opioids are necessary drugs in some cases of extreme pain. However, one must be very cautious with its consumption, since the consequences of these substances can be devastating.

The benzodiazepines are among the drugs anxiolytics most commonly used today. They include drugs popularly known as xanx, klonopin or valium.

Despite its undoubted therapeutic efficacy, since they are useful substances to intervene episodes of anxiety, the consumption of these substances is also highly addictive.

In fact, just as happens with opioids, more and more people are addicted to these substances. The abuse of benzodiazepines causes intoxications similar to those of alcohol, affecting the performance of mental functions and damaging the organism.

Caffeine is an alkaloid of the xanthine group. It is consumed by drinking coffee and acts as a psychoactive, stimulating and slightly dissociative drug.

In fact, many people use these drinks as brain stimulants, to increase their activity in the morning or to improve their performance capacity.

The controlled use of this substance does not usually have negative effects on health. However, it is also not true to say that caffeine does not cause any kind of damage.

This drug can be addictive, especially in those people who consume it continuously and compulsively. Also, consumption in very large quantities can cause symptoms such as insomnia, nervousness, excitement, increased diuresis and gastrointestinal problems.

On the other hand, caffeine can cause cardiac arrhythmia, psych0m0tor agitation and damage to health can be especially dangerous in children and young people.

Currently there is a wide range of energy drinks that are characterized by stimulating effects.

The substances that present these products tend to be mainly taurine and caffeine.

As mentioned above, caffeine can be addictive and harmful to health, especially if consumed in large quantities. Energy drinks are characterized by abnormally high amounts of caffeine, which is why they can be harmful to health.

Taurine, on the other hand, is an organic acid that intervenes in the formation of bile and modifies brain function, providing energy and altering the state of mind.

Many studies have focused on examining the effects of these beverages on health, and it is concluded that they are especially dangerous when mixed with other substances, especially alcohol.

Anabolic sterolds are synthetic variations of testosterone. They are used to treat the side effects of low testosterone and to help build muscle mass in men suffering from serious diseases such as cancer or AIDS.

However, the use of these substances among healthy people who want to increase their physical performance has been increasing in recent years.

In addition, anabolic sterolds have an addictive component, so their consumption can become dangerous. Performing a prolonged abuse of these substances can cause severe changes in mood, irritability, paranoia and aggressive behavior.

Codeine is an alkaloid that is found naturally in opium. This substance is used for therapeutic purposes thanks to its sedative, @nalgesic and antitussive properties.

Its composition is very similar to morphine, so it is a highly addictive substance.

Many easily accessible medicines, such as cough syrups, have more or less high compositions of codeine. So it is convenient to take this type of drugs with caution.

Ambien is one of the drugs most used today to combat insomnia and help people sleep. However, as with many psychotropic drugs, the environment is highly addictive.

For this reason, many people who begin to use this medication end up developing dependency to the environment to sleep.

In addition, abuse of this drug can cause side effects. Anxiety and sleepwalking seem to be the most prevalent.

Other plant stimulants similar to coffee can produce a high alteration of the psychological functioning of people.

These drugs perform a clear stimulating function in the brain. This means that they increase neuronal activity and bring sensations of energy and vitality to the person who consumes them.

In general, the addictive component of plant stimulants is not very high, so they can be consumed without ending developing addiction to them.

However, this does not mean that they can not end up causing addiction, and that many consumers end up depending on these substances.

When this happens, the consumption of plant stimulants usually increases and the person can start to abuse them. The excessive and impulsive use of these substances can be harmful both to the physical condition and to the psychological functioning of the person.

Methadone is a synthetic opioid used to treat pain. In addition, this drug is used frequently to help in the detoxification process to people dependent on other opioids, especially her0in.

Methadone can be easily obtained through its trademark dolofin, and although it is used as a treatment for detoxification, it can also have harmful effects on health.

In fact, methadone, as with all opioids, is a highly addictive substance. For this reason it can generate addiction, intoxication and even cause death.

The disorder attention deficit hyperactivity disorder is one of the most commonly diagnosed psychopathology in recent years. Along with this phenomenon, drugs designed to treat the disease have also recently increased.

Currently, a wide variety of medications are available, such as Ritalin, Adderall or Concerta. These psychopharmaceuticals are characterized by producing stimulating effects in the central nervous system.

The addictive component of these drugs is high, so in recent years there have been numerous cases of abuse and addictive use of these substances.

Likewise, the compulsive consumption of these drugs causes negative consequences for health. It can cause hallucinations, alterations of the heart rate, obsessions, paranoia and insomnia.

Inhalant drugs refer to a broad set of substances that are consumed by inhaling the mouth and / or nose.

These elements are not designed or manufactured to be consumed, but they present other types of functionalities. Some examples of products that can act as inhalant drugs if they are consumed by sucking their substances are gasoline, glue, or paints.

During the last years, the consumption of these products has increased due to its ease of obtaining and the psychostimulant effects that they produce when they are consumed.

Recently, what is known as “legal highs” is being inserted into society. These products constitute new psychoactive substances that are outside the legislation and that, therefore, are considered “legal”.

An example of “legal highs” is diphenidine, a compound similar to ketimania but which, being different from this, is a legal drug today.

Some studies suggest that these “new drugs” that are developed in chemical laboratories could be numerous and very diverse. Most of them seek the production of psychostimulant effects, similar to those of ecstasy or methamphetamines. 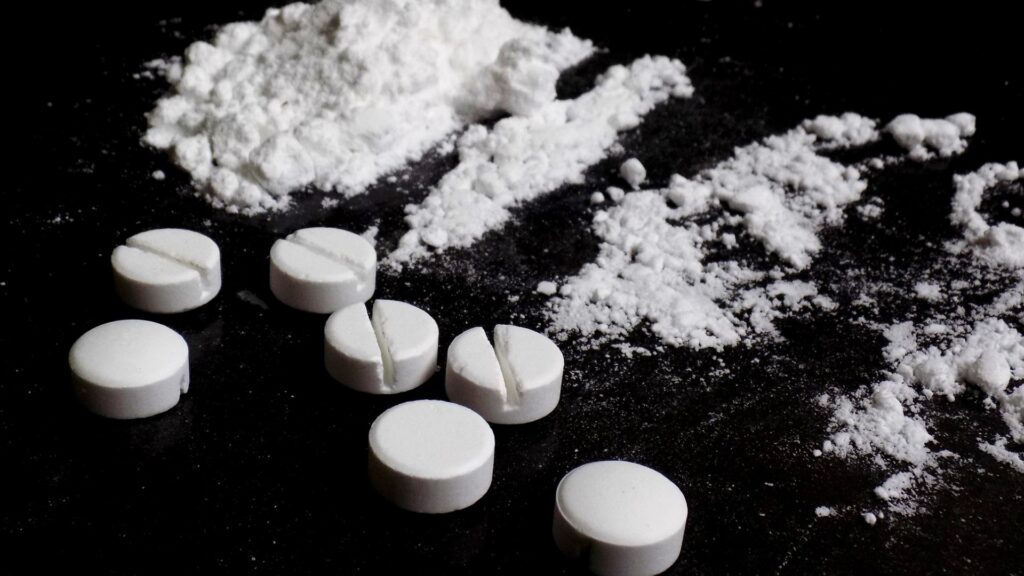