The Oedipus complex is the child’s desire to have sex with the father of the opposite sex (children attracted to mothers and girls attracted to parents).

It occurs in the third stage of the phallic phase (3-6 years) of the five stages of psychosexual development: oral, @nal, phallic, latent and genital – in which the source of libidinal pleasure is in a different erogenous zone of the body of the infant

Sigmund Freud (1856 – 1939), founder of Psycho@nalysis, made a large number of contributions to deep psychology, among which the Oedipus complex stands out as one of the pillars of his theory on the unconscious and sexuality.

The name is due to the myth of King Oedipus, whose story is about a man who, without knowing it, kills his father Layo and takes his mother Jocasta as a wife, with whom he has four children. When he learned what he had done, he removed his eyes and exiled himself from Thebes, the land of which he was king.

What is the Oedipus Complex

It is necessary to clarify in advance that the Oedipus complex is, with certain variations, the same in the child and the girl, so there is no Electra complex.

Origin of the Oedipus Complex

The Oedipus complex originates in response to the seduction of the mother through her care. These are not intentionally sensual, but actions such as bathing, cleaning or caressing the baby erogenizan the body of the infant and allows the birth of the drives. This seduction is of a phallic nature because the child acquires a phallus status for the mother. 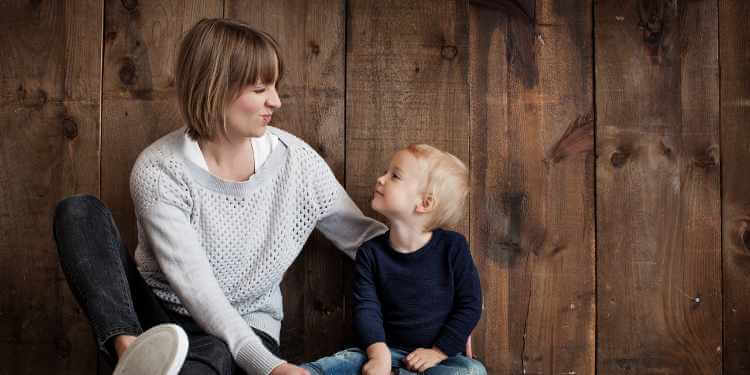 The Oedipus complex begins during the phallic stage, when the infant develops infantile sexual theories, being the most relevant for this complex the theory that there is only one genital, the penls . According to this theory, the child thinks that all humans have a genital, the penls, and that his mother also has one.

The Oedipus complex is lived differently by children and girls, so we will detail its crossing in two different sections.

It is necessary to mention that, for Freud, both masculinity and femininity were independent of the gender of the person. For him, both were subjective positions, that is, ways that individuals have to relate to others, the environment that surrounds them and themselves.

As we said before, during the phallic stage, the child develops child sexual theories, being the most relevant to the Oedipus complex the notion that both boys and girls have penlses, as a consequence of the explorations on their own body and seduction maternal

In this stage the penls takes the status of phallus, that is, symbolic object of power and law. The child, who is in turn a phallic object for his mother, wants to take her as a couple but meets his father, who already has her as such.

His great interest lies in the hope that, thanks to his having a penls, in the future he will be able to access the incestuous object or an equivalent one.

The child captures this when he sees that there is a satisfaction that the mother does not seek in him, but through his father. He wants to be everything for her. The child enters, then, into a conflict with the father: he wants to put it aside, remove him from the love triangle to occupy his place.

Onanism of the child in this period is linked to the fantasized satisfaction of the Oedipus complex.

The child has been threatened on several occasions that “his penls will fall off” or “he will be cut” for playing with his genitals. The threat is, in general, given by the mother in reference to the father, who would be the castrating agent .

This threat takes on a different meaning when looking at the female genitalia. Upon finding that the girl does not have a penls, the threat becomes real for the child, he really believes he can lose his penls because of his behavior and his pretensions towards his mother.

This threat anguishes him, developing the castration anxiety that will lead him to have a Castration complex. The only way in which the child can solve this complex is to give up taking his mother as a couple and resigning himself to fantasy as the only form of sexual satisfaction that he has left.

In turn, the satisfaction that is sought now is no longer the same as before; This disillusionment also leads to the burial of the Oedipus complex.

The complex is not solved (and will never be solved) but it is buried in the unconscious. As a consequence the child unconsciously links the feminine with a lost penls , the passive, and the masculine with the possibility of losing the penls, the active.

Another consequence, no less important, is that the child stops pretending to get rid of his father to want to be like him. He identifies with his father in order to have his mother in his fantasy. This is known as a scar from the Oedipus complex, where the mother subsists as the first seducer.

Another part of their sexuality is sublimated in other activities; The child enters the latency stage and is dedicated to exploring and learning about the environment in which he lives.

The Oedipus complex is asymmetrical between the boy and the girl, because the same stages occur in a different order.

The girl, during the phallic stage, takes her clltoris as phallus and object of satisfaction. In his unconscious he holds the theory that both men and women have penlses. Among them, his mother is also included.

The mother occupies the position of first seducer, as happens with the male. The mother, by occupying an active and masculine place, in addition to seducing her daughter makes her believe that she has a penls, for which the girl fantasizes that in the future she will also have one that will allow her to access the incestuous object.

Once she realizes that her mother does not have a penls and she will not grow one either, the girl happens to hate her. The mother becomes a sinister object by making her responsible for her lack of a penls, something she can not forgive.

In other words, she blames her mother for her own castration for finding herself (the mother) castrated as well. The girl supposed a phallic mother because she, the daughter, occupied the place of phallus without knowing it.

He develops penls envy , which is his way of living the Castration Complex and that will subsist in his unconscious from now on.

Freud develops three possible outputs for the woman from the Castration complex:

The girl now assumes that there is something more than the mother and registers the perception of her own castration. That is why he exchanges (that is, changes one thing for the other) his erogenous zone and his object of love; the erogenous zone ceases to be the clltoris and becomes the v@gina, while the object ceases to be his mother (who is now hated) and becomes his father.

The girl assumes that the feminine is the absence of the phallic and that the desire is feminine since you want something that you do not have. The phallus will now represent the lack of an object.

The girl finally enters the Oedipus complex, wishing that her father would give her a son, a substitute for the lost phallus. He will leave this complex when he accepts that he will not receive a son from the father and will look for him in other men. Her position remains masculine because she is active in her search.

None of the three resolutions of the castration complex is given alone. Rather, a mixture of all occurs, one being more evident than the others.

It is interesting to note that in the case of the girl there is never a burial of the Oedipus complex.

Freud affirms that the crossing of this complex leaves permanent scars in the infant’s psyche. The particularity of its trajectory, as well as its subsequent burial (or not), will condition in a very large way the relationship that the individual will have with his objects of love, both in his choice and in his way of relating and interacting.

A child whose father was very severe during this stage, who suffered because of the castration anxiety, is able to develop a phobia (such is the famous case of little Hans and his phobia of horses), or later have difficulties in relating with other men once I’m an adult.

A girl who has difficulty leaving the Oedipus complex may be constantly dissatisfied with her partners because they are not at the “height” of their father.

There are two important sequels of the Oedipus complex: the formation of the superegoand fantasy.

The superego is the heir of paternal authority. It exists thanks to the essential identifications that occurred during the complex, when the “I” was weak. Also, and this will depend on its severity, is the heir of the laws and morality, contemporary and subsequent to the complex.

This superego is introjected by the subject, that is, it becomes unconscious and becomes part of the character. In the fantasy the incestuous desires subsist and it remains as the only place where the child can still obtain satisfaction.

Once the crossing has been completed, the child enters the latency stage , characterized by the oblivion of incestuous desires and the abrupt cessation of sexual explorations and the child’s own body.

Ethical and aesthetic barriers are erected in the “I”, and the limits of the child with his environment begin to be explored . It is the stage of the little scientist , where the child constantly experiments with the environment, as a way of knowing what he can or can not do, what he likes and how to obtain it, etc.

This is because before entering the complex, both the boy and the girl are bisexual by nature and lack awareness about their gender, becoming identified with one until later.