The Williams Syndrome (WS) is a developmental disorder of genetic origin that is associated with a characteristic profile  of physical and cognitive affectations (Galaburda et al., 2003).

Although Williams syndrome is considered a rare pathology, there are thousands of affected worldwide (Williams Syndrome  Association, 2014).

Regarding the diagnosis, the clinical examination usually provides the necessary findings for its establishment, however, to rule out other  pathologies and false positives, a genetic study is usually set in motion through various techniques (Antonell et al., 2006) .

On the other hand, there is neither a cure for the Williams syndrome nor a standard treatment protocol, so much of the therapeutic interventions will  try to regulate medical complications (National Institute of Neurological Disorders and Stroke, 2015).

In addition, it is essential to include interventions programs in early intervention, special education and individualized Neuropsychological stimulation  (González Fernández and Uyaguari Quezada, 2016).

Thus, the first patient with Williams syndrome was described by Dr. Guido Fanconi, in a 1952 clinical report (Campo Casanelles and Pérez Jurado,  2010).

However, it was the cardiologist Joseph Williams, who, in 1961, accurately identified this pathology, at the same time that it was described by the German  Beuren (García-Nonell et al., 2003).

Because of this, the Williams syndrome receives its name from both authors (Williams-Beuren syndrome), or simply from the first one (Campo Casanelles and  Pérez Jurado, 2010).

Although, until a few years ago, the identification of the pathology was made based on the phenotypic characteristics (Galaburda et al., 2003), in 1993, Edward et al. Found  a genetic anomaly on chromosome 7q 11.23 as the etiological cause of this pathology (García-Nonell et al.,  2003).

Although the condition of Williams syndrome involves the presence of a wide variety of secondary medical complications, it does not have  a high mortality rate. In many of the cases, affected individuals are able to reach an independent functional level (National Institute  of Neurological Disorders and Stroke, 2015).

The Williams Syndrome Association (2016), among other institutions, has estimated that Williams syndrome has a prevalence of approximately 1  case per 10,000 people worldwide.

Specifically, it has been identified that in the United States there may be around 20,000 or 30,000 affected (Wiliams Syndrome Association, 2016).

Regarding the distribution of the pathology by sex, there are no recent data indicating a higher prevalence in any of them, in addition, no  differences have been identified between geographical regions or ethnic groups (González-Fernández and Uyaguari Quezada, 2016).

On the other hand, we also know that the Williams syndrome is a sporadic medical condition, although some cases of family transmission have been described  (del Campo Casanelles and Pérez Jurado, 2010).

The Williams syndrome, like other pathologies of genetic origin, presents a clinical course characterized by a multisystem affectation.

The physical affectation present in the Wiliams syndrome is diverse, among the most frequent clinical findings we can observe (Campo Casanelles and Pérez  Jurado, 2010):

– Generalized delay in growth: delayed or slow development can be detected during pregnancy. Children  affected by Williams syndrome tend to be born with reduced weight and height. In addition, once the adult stage is reached, the total height is usually  lower than that of the general population, approximately 10-15 cm.

– Atypical facial features: Facial alterations are one of the most characteristic clinical findings in this syndrome. In  affected individuals we can observe a significantly narrow front, marked skin folds in the palpebral fissure, strabismus, starry iris  , short and flattened nose, prominent cheekbones and a chin smaller than usual.

– Musculoskeletal alterations: in the case of alterations related to the development of muscles and bones, it is possible to  observe the presence of a reduced muscle tone and strength, joint laxity, scoliosis, contractures, among others. At a visual level, a posture characterized by drooping shoulders and semi-flexed lower extremities can be observed  .

– Alterations of the auditory apparatus: although anomalies or significant malformations are not usually found in the auditory hall,  in all cases an increase in auditory sensitivity develops. Affected individuals have to perceive or experience certain sounds  as annoying or painful. 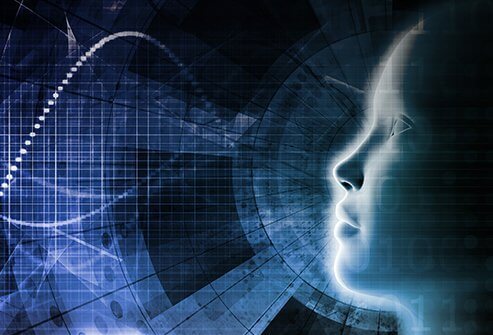 – Skin disorders: the skin usually has little elasticity, so it is possible to observe early signs of aging. In addition, it is possible that hernias develop, especially in the inguinal and umbilical region.

– Cardiovascular alterations: the different anomalies in the heart and blood vessels, constitute the most significant medical complication  , since they may be able to endanger the survival of the affected person. Among the cardiovascular anomalies, some of the most common are  supravalvular aortic stenosis, stenosis of the pulmonary branches, stenosis of the aortic valve. All these alterations, at clinical level,  can affect other vascular territories and even the brain, due to the development of arterial hypertension.

– Alterations of the genitourinary system: anomalies related to renal function and bladder are very frequent. In addition, an accumulation of calcium (nephrocalcinosis), urinary urgency or nocturnal enuresis can also  be detected.

At the cognitive level, the most significant characteristics are constituted by a generalized delay in the acquisition of motor skills, moderate intellectual retardation  and various alterations related to visual perception.

– Psych0m0tor disorders: various alterations are described related to balance and coordination problems, which are mainly due  to the presence of musculoskeletal anomalies and which will cause, among other things, a delay in gait acquisition,  final motor skills, etc.

– Cognitive characteristics: it is possible to find a moderate mental retardation, the typical IC of those affected usually ranges between 60 and 70.  In addition, as regards the specific areas that are affected, there is a clear asymmetry: in addition to the psych0m0tor coordination, the perception and  visual integration, is usually clearly affected, while areas such as language are usually more developed.

– Linguistic characteristics: in the initial stages, there is usually a delay in the acquisition of language skills,  however, usually recover around 3-4 years. Children with Williams syndrome usually have good expressive communication, are able  to use a contextualized vocabulary, correct grammar, eye contact, facial expressions, etc.

– Psychological and behavioral characteristics: one of the most significant findings in the Williams syndrome is the exceptional  social behavior of those affected. Although in some cases there may be anxious crises or excessive worries, they are very empathetic and sensitive.

Recent research has indicated that the cause of Williams syndrome is found in various genetic alterations on chromosome 7  (National Organization for Rare Disorders, 2006).

Chromosomes carry the genetic information of each person and are located in the nucleus of the body’s cells.

In humans, we can find 46 chromosomes that are distributed forming pairs. These are numbered from 1 to 23, except for the last couple constituted  by the sex chromosomes, called XX in the case of XY women in the case of men. Thus, within each chromosome there may be an infinity  of genes.

Specifically, the anomalous process identified in the Williams syndrome is a micro-selection or rupture of a DNA molecule that confirms this  chromosome. Normally, this type of error occurs in the development phase of male or female gametes (Orphanet, 2006).

The genetic anomalies are found in the 7q11.23 area, in which more than 25 different genes related to the clinical pattern characteristic of this pathology have been identified  (National Organization for Rare Disorders, 2006).

Some of the genes, such as Clip2, ELN, GTF21, GTF2IRD1 or LIMK1, are absent in those affected. The loss of ELN is related to  connective tissue, skin and cardiovascular abnormalities (Genetics Home Reference, 2016)

On the other hand, some research indicates that the loss of Clip2, GTF2I, GTF2IRD1 and LIMK1 genes may explain alterations in visual-perceptual processes  , behavioral phenotype or cognitive deficits (Genetics Home Reference, 2016).

In addition, specifically, the GTF2IRD1 gene seems to have a prominent role in the development of atypical facial features. For its part, the NCF1 gene  seems to be related to a high risk of developing hypertension (Genetics Home Reference, 2016).

Until the last years, the diagnosis of Williams syndrome was made exclusively based on the observation of phenotypic characteristics  (facial alterations, intellectual disability, specific cognitive deficits, among others) (Galaburda et al., 2003).

However, at present, the diagnosis of Williams syndrome is usually carried out in two moments: @nalysis of the clinical findings and confirmation genetic studies  (González Fernández and Uyaguari Quezada, 2016).

– Exploration and physical and neurological assessment.

– Analysis of calcium levels in urine and blood.

On the other hand, genetic @nalysis is used to confirm the presence of genetic alterations compatible with Williams syndrome, among the  most common tests is the technique of fluorescent in situ hybridization (FIHS).

After the extraction of a blood sample, the technique of in situ hybridization is carried out by checking DNA probes that are detected under a fluorescent light  (González Fernández and Uyaguari Quezada, 2016).

There is no specific treatment for Williams syndrome, however, this pathology is associated with multiple complications in different  organs, so medical interventions will be directed towards the treatment of these.

The authors González Fernández and Uyaguari Quezada (2016), emphasize that all interventions must have a marked multidisciplinary nature, which  allows for the treatment of the symptomatic variety characteristic of this syndrome.

In addition, these also point to various therapeutic measures depending on the affected area:

– Medical area: in this case, medical complications such as cardiac alterations or musculoskeletal malformations  usually require a treatment based mainly on the administration of drugs and surgical procedures. In the treatment of physical symptoms  are usually involved medical professionals from different areas (pediatricians, cardiologists, ophthalmologists, etc.).

– Neuropsychological area: cognitive deficits such as visual-perceptual alteration or linguistic delay, should be addressed from  early stages. The cognitive stimulation and rehabilitation, will be a determining factor in achieving an independent life during the age  adult.

– Psychological area: although those affected by Williams syndrome usually have a good social functioning, in some cases they tend  to show excessively anxious behaviors and to develop persevering behaviors or phobias, therefore, in these cases it will be fundamental to  start a psychological approach, through various strategies that are effective to minimize these problems or difficulties.