There are many prejudices that it provokes about our organism and mental level, but for sure the alcohol does not eliminate neurons.

This belief emerged from some political-social movements to prohibit alcohol as in the case of the United States with the Dry Law , or the result of some research like that of Harper and Krill in 1990, which stated that alcoholics had fewer neurons than nonalcoholic’s, leading to the belief that alcohol killed these cells.

Many have been rumors for years about the effects of alcohol on our body. That stunning, so to speak has been defended as a symptom of the loss of neurons to the present.

But beware, this does not mean that alcohol can not damage the brain. Alcoholics may experience brain damage related to drinking, but it is not because alcohol kills brain cells.

Now, although you cannot kill the brain cells, you can damage the dendrites, which are the branched ends of brain cells.

Dendrites are key to passing messages from one neuron to another, so a degradation of dendrites can cause cognitive problems.

According to researcher Roberta J. Penney, a professor of anatomy and cell biology at the University of Buffalo, these damages are mostly reversible with certain types of therapy and training.

Alcohol damages the dendrites found in the cerebellum, and this reduces communication between neurons.

Research says that alcohol not only disrupts communication between neurons, it can also alter its structure, but in no case destroy neurons.

What does science say about “alcohol kills neurons”?

This belief came from some moves to ban alcohol. In an investigation that took place in 1990, Harper and Krill found that alcoholics had fewer neurons than nonalcoholic’s, leading to the belief that alcohol killed these cells.

Alcohol can be a potent carcinogen and causes serious damage to the body. Despite the virtues with which they can be related, the negative effects far outweigh the benefits.

Once alcohol is consumed, the liver tries to eliminate it immediately, but its expulsion capacity is limited (about 35 ml / hour). In the case of suffering from a disease like cirrhosis or cancer, the process will be even slower.

To kill any type of cell, it takes very high concentrations of alcohol (close to 100%) and we start getting drunk from a blood level of 0.1%.

Despite this, alcohol literally does not kill any neurons, or put another way, the number of neurons does not go down by drinking. In a study published by The Lancet in 1994, two Danish neurologists concluded that the number of neurons in the cerebral cortex or gray matter – which is where the reasoning takes place – was the same between drinkers and abstainers.

What they did notice is that the nerve cells – or white matter – were smaller in alcoholics, and those that still were, were atrophied. Being atrophied and not dead, it is understood that the damage is reversible, says Roberta J. Penney, a cell biologist specializing in chronic alcoholism.

Researchers at the University of Washington in St. Louis found that alcohol – even when applied directly to neurons – does not destroy them, it only interferes with the way they transmit information. Specifically, what the researchers showed was that alcohol inhibited memory formation.

Ethyl alcohol (also known as ethanol) can kill cells and microorganisms, which is what makes it an effective antiseptic. Our body is an intelligent system, and when you drink alcohol, tries not to let all that ethanol flow uncontrollably.

Liver enzymes convert that first acetaldehyde (which is highly toxic) information into acetate, which decomposes in water and carbon dioxide. Subsequently the ethanol is eliminated by the body.

The absorption of alcohol by the human body is determined by several factors:

Two types of intoxication can be divided by alcohol consumption:

The effects vary by quantity, and go through successive phases:

What is meant by alcoholism?

The World Health Organization (WHO) understands by alcoholism the daily intake of alcohol superior to 50 grams in the woman and 70 grams in the man.

Alcoholism is a chronic, progressive, and often deadly disease. It is produced by the combination of physiological, psychological and genetic factors.

It is characterized by an emotional and sometimes organic dependence on alcohol, which causes progressive brain damage and eventually death. 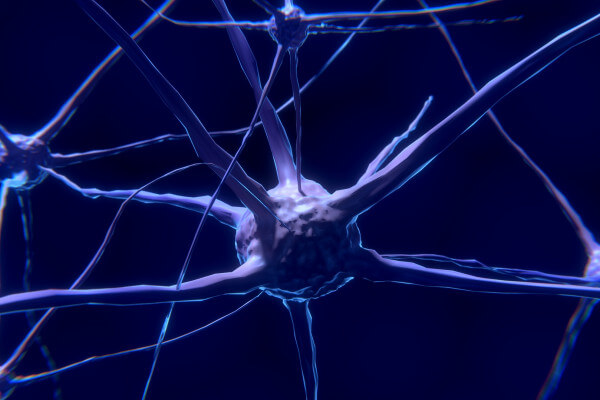 The consumption of alcoholic beverages can provoke diverse emotions that will depend on the quantity that is ingested.

Many people drink by the stimulating effect during the celebrations, celebrations, or weekends?? To animate? When you exceed the amount of blood alcohol your body can tolerate, it will probably suffer the opposite effect to the one you are looking for. That is, depressive effects. You will begin to feel clumsy or you will lose coordination and control.

An overdose of alcohol causes much more severe depressive effects such as inability to feel pain, intoxication that forces the body to vomit, and finally unconsciousness or, worse, coma or death caused by a serious toxic overdose.

These reactions depend on two very simple variables; the amount of alcohol consumed, and the speed with which it is done.

Alcohol is a drug even if it is legal

Although some do not consider it as such, alcohol is one more drug. Alcohol can cause addiction, produce pleasure, and reduce stress or discomfort. This is known as “dependency”.

At the point of addiction, more and more alcohol is needed to feel the same effect as the previous times.

Alcohol is also classified as a drug because when withdrawal abruptly withdraws the withdrawal syndrome. This is manifested by tremors, sweating, tachycardia and anxiety.

Another disorder of the brain that can develop alcoholics is Wernicke-Korsakoff syndrome.

It is estimated that this encephalopathy is present in approximately 2% of the general population, and in less than 15% of cases it is diagnosed.

It may not be detected because it does not present the expected classic symptoms. They are 6% more likely to suffer from those who abuse alcohol.

People with Wernicke-Korsakoff syndrome usually suffer from memory problems, confusion, eye paralysis, and lack of muscle coordination. It should be clarified that Bernice’s syndrome and Korsakoff’s syndrome are not the same.

The former cause’s brain damage in lower parts of the brain called the thalamus and hypothalamus. The second, results from permanent damage to areas of the brain involved with memory.

Korsakoff’s syndrome or psychosis is frequently developed as the symptoms of Bernice’s syndrome disappear.

Although this syndrome may involve the death of brain cells, it is not because of alcohol specifically, it is actually due to thiamine deficiency.

Thiamine is also known as vitamin B1, which is crucial for the health of neurons. Alcoholics may lack it since the consumption of large amounts of alcohol can alter the absorption of thiamine in the body.

Why are neurons important?

Neurons are the fundamental unit of the nervous system. The basic purpose of a neuron is to receive input information and, based on that information; send a signal to other neurons, muscles, or glands.

Neurons are designed physiologically to send signals quickly and accurately to any part of our body.

This connection is made through electrical signals called nerve impulses. Neurons, connections, and signaling mechanisms are responsible for learning and memory.

In the human being exist neurons that have specific functions like:

Taking into account the capital importance of the neural system, we must take care of our brain, which houses millions and millions of neurons.

Almost all the negative effects of alcoholism on the brain can be reversed with a prolonged period of abstinence or moderate consumption. We should not abuse alcohol, but we must not spread the idea that, for every beer ingested, we have killed a handful of neurons.

For those who drink in a responsible and prudent way, do not worry, drinking alcohol in small doses like a glass of wine or a beer is associated according to multiple studies – as published in the American Journal of Epidemiology by Annie Britton, University College of London – with a lower risk of cognitive impairment or dementia, and improved brain performance.

Although we already know something, further research on how alcohol affects brain cells will still be needed. It has already become clear that some of the consequences of chronic alcohol consumption are not related to the destruction of brain cells, but to their connectors, the dendrites.

It is worth staking that alcohol has a high number of calories, and its nutritional value is very poor, therefore, regular consumers of alcohol carry a deficient diet and lack of vitamins.