There are diseases caused by stress due to the emotional, physiological and endocrine responses that occur in the body. These responses can have negative effects on our health, both mental and physical.

Briefly, stress can be defined as a physical and mental state in which we enter in response to stressful events. The responses to stress are not only behavioral, although this is the only answer directly observable.

Physiological and endocrine responses are directed at increasing the individual’s energy so that the individual can respond to the stimulus quickly and effectively. This activates our autonomic nervous system (muscles tighten, increase our blood pressure, sweat, increase the size of our pupil …), activates our immune system and our endocrine system secretes epinephrine, nor epinephrine and sterolds.

Activation of our immune system occurs to prevent us from suffering any infection while responding to the stressor stimulus, but if this stimulus lasts over time the immune system falls and leaves us exposed to infections. That is why it is so usual to cool off just after an exam period.

Epinephrine is responsible for releasing the stored nutrients and nor epinephrine increases blood pressure so that these nutrients reach the muscles and increase their activation. Nor epinephrine also functions as a neurotransmitter in the brain and mediates emotional responses to aversive stimuli.

The cortical, a secreted sterold hormone in stressful situations, is responsible for converting glucose to glucocorticoids in that it can be used by the body also increases blood flow and stimulate behavioral responses. It also has negative effects such as decreasing the sensitivity of the reproductive organs to reproductive hormones (specifically the luteinizing hormone), which decreases the sexual appetite.

The experience of stressful situations in the long term causes cerebral damages due mainly to the exposure of glucocorticoids. Among brain damage is the destruction of hippocampus neurons that causes learning and memory problems. It has also been proven that the amygdale is damaged, which causes the person to identify a new situation as stressful.

In addition, stress causes a phenomenon called diabolic learning, this phenomenon occurs when you suffer a symptom for a long period of time, in this case stress, and create a self-destructive circuit.

Let’s say that the modifications of certain brain circuits cause stressful responses to any type of situation, which causes the person to suffer more stress, to modify his circuit again and give increasingly intense stressful responses. This phenomenon can cause irritability, mood swings and increased aggressiveness.

A vital event by itself does not generate a disorder; one must take into account the vulnerability or biological resistance of the individual and the characteristics of the stressor and the context.

People who are more resistant to stress usually have a genetic predisposition that makes them resilient, that is, makes them overcome negative stressful events, have a calm temperament, perceive that they have control of the situation, feel that they are effective, have a high self-esteem and are well integrated socially.

There are also external variables that make the event perceived as less stressful than belonging to community societies where it is normal to rely on the people in the environment to overcome stressful events, to have good relationships with relatives (without them becoming overprotective), which the stressful event does not occur during childhood and, of course, that the stressors are of low intensity and do not occur in a prolonged way.

In addition, the way in which stressful events appear determines the type of disorder that can develop. High-intensity but fast-moving stressful situations are just as damaging as those that endure over time but are of a moderate level; however, acute stress forms are often linked to anxiety symptoms while chronic stress predisposes depressive symptoms 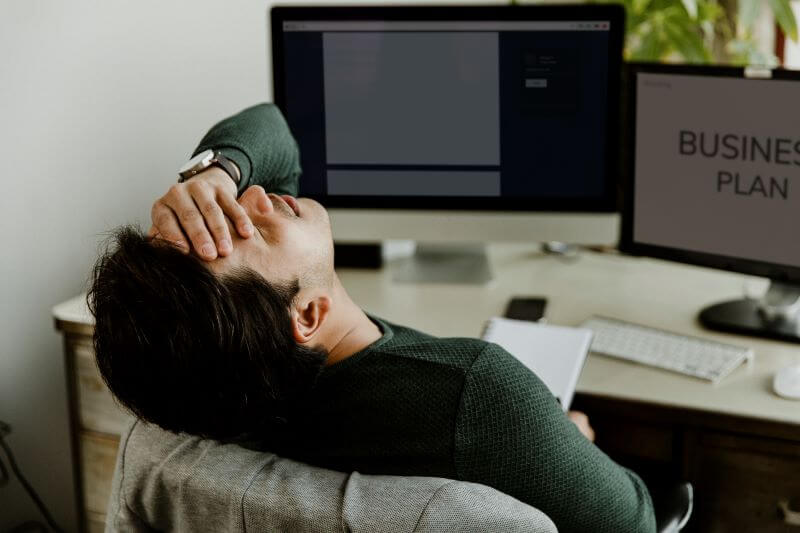 Exposure to stressful situations over a long period of time can cause or intensify the physical disorders described below.

Influence of stress on psychological disorders

It is clear that stress worsens some psychological disorders, but why does this happen? According to the diastases-stress model developed by Cubin and Spring there are genetic and acquired components that make us react to stress in different ways, this reaction makes us more vulnerable or resistant to the triggering situations of psychological disorders.

Take the case of a person who has genes that predispose him to act exaggerated in stressful situations. This person does not suffer any psychopathological condition but one day divorces, fails to handle that situation, and begins to manifest symptoms of some psychological disorder. Possibly another person, with a different genetics, would have otherwise handled the stressful situation and would not have developed a psychological disorder.

Among the psychological disorders influenced by stress we find:

As well as influencing some disorders and helping them develop, there are also disorders mainly caused by stress. They stand out among them:

Finally, I would like to remind you that all these stress or stress-induced disorders develop because we use strategies that are unhealthy to deal with and not simply because of stress. So it’s in your hands, take care of yourself and use adaptive strategies to manage stress.